His upbringing was typical: an average student and a decent athlete who was sent through multiple Catholic schools.

Johnny’s family was “conservative” and patriotic and this led him to choose the military for a career.

He began with a Navy prep school and Marine Corps-option ROTC in college but decided to leave school without graduating in favor of enlisting in the Marine Corps.

Johnny did not complete boot camp and received a “failure to train” discharge.  He returned home to divorced parents.  It was a very low point in his life.

Johnny worked as a utility installer for a couple of years and this experience encouraged him to return to school and finish his degree.

He spent many months attempting to get a waiver for his separation and return to the Marine Corps but to no avail.

While at his second iteration of college, Johnny had a conversion experience and became a Born Again Christian.

It was shortly after this that Johnny achieved a waiver to return to the Marine Corps and did this at 27 years of age.  He graduated from Paris Island with honors such as the Board of Governors Marine Corps Association Marksmanship Award.

Johnny asked his Chain of Command to send him through officer training (as he had also finally achieved his Bachelor’s Degree) and was denied due his age.

Johnny got out after four years and shortly after that 9/11 took place.

Being on “Inactive Ready Reserve” Johnny volunteered to come back but was told the IRR wasn’t being activated.

He then enlisted in the Army and was sent through Army officer training at Fort Benning.

Although Johnny excelled in leadership1 he found himself unfulfilled in his service.

A tour in Iraq confirmed it.

It was apparent that, the higher a soldier or Marine got in career progression, the more compromised they became.

Johnny was disgusted with what he experienced in Iraq.  The United States military presence was one of chaos and destruction; nothing was beneficial.

When Johnny got back he continued to distinguish himself as a leader, now working as a liaison at Division Headquarters, but the writing was on the wall.  He was doing a Major’s job but being kept as a Captain.

Johnny continuously gravitated towards “conservative” media throughout his life but became disenfranchised with it when well-known personalities pulled their punches on Barack Obama’s mysterious rise to power, the corrupting influence of money in all fields and the fraud behind the “Global War on Terror”.

In 2011, his boss secretly confirmed for him what he already suspected: the “covert raid” that “killed Osama bin Laden” was propaganda disinformation made possible by the United States military in general and Special Operations in specific.

Johnny knew it was time to get out.

Jobs seemed to be plentiful but Johnny just couldn’t find his niche.

Only one subject motivated him—obsessively so: getting to the truth.

He had been writing and blogging since college and some of his articles were picked up by alternative websites.

Johnny began investigating “the Illuminati” and was surprised to find links pointing back towards the Vatican.  An article he wrote on the subject was picked up by Before It’s News and did well enough to motivate Johnny to finally write his first book: Illuminati Unmasked.  He’s been writing books, researching and investigating ever since.

Johnny has been interviewed over 150 times.  Below is a summary, scroll to the bottom for the actual interview…if it’s still allowed up!

NOTE: JUDGING BY THE NUMBERS

Unless an embedded link sends you to someone else’s original (that is, miraculously, still up), you’ll probably be seeing a link of mine that is not the original.  Please don’t get caught up in posted analytics; they are not representative of the quality nor longevity of work.

Johnny has also interviewed a fascinating list of people:2

His Resistance Rising podcast neared 200 episodes and can also be found (in video format), on Odysee.

Johnny’s not a big fan of “debating” but it does have its merits.  Whom Johnny has debated:

View From The Bunker with Derek Gilbert (Part 1)

View From The Bunker with Derek Gilbert (Part 2)

Nothing But The Truth with Mike Adams; 9 August 2015 — Jesuits, Flat Earth & Bigfoot

“Can’t we all just get along?!” Johnny and Alan talk about how the anti-Papists are so fractionalized.

Nothing But The Truth with Mike Adams; 06 September 2015

“Can’t we all just get along?!” Part 2!  Johnny was going to talk some of his presentation in Lima, OH but the Holy Spirit (and Mike) had other ideas.  We name names and then un-name them in the hopes of increasing our numbers.

Nothing But The Truth with Mike Adams; 10 September 2015

“Heirs According to the Promise”

The Power Hour with Joyce Riley, carried into hour 3

Nothing But the Truth with Mike Adams; 20 December 2015—Who Wove the Globe Earth Matrix?

Nothing But the Truth with Mike Adams; 24 January 2016—Christians With Guns Ambush Part II!

The Morning Show with Patrick Timpone

A Two Hour “Hangout” with MigMag

Omega Frequency with BDK: Episode 78 — The Reformation Road Part One With Johnny Cirucci

A Conversation with Paul Sandhu

HANGOUT WITH NORA AND MIGMAG

We Got One That Can See: Johnny Cirucci on the History of the Jesuits, The Prophecy Brothers!

1 on 1 Truth Chats with Thomas Shroyer

Through the Black with Jared and Tom

* Johnny returns to the Prophecy Brothers to talk Eaters of Children

* Johnny re-connects with Mike Adams to begin series of talks on the Eaters of Children!

Johnny Goes to Canada via a Televised Interview with ThatChannel: 22 Jan 2018

Historically, kings and queens, nations and principalities rose and fell by the power of the Vatican.  Is that still true today?  Does the Vatican control the destiny of nations but in secret via agents she has planted in key positions?

Who are the Jesuits and what power do they wield?

Is the leadership of the Catholic faith faithful to Catholics or is there a hidden and malignant agenda at play?

How does priest pedophilia fit in?

Can anyone be trusted: politicians, judges, generals, even local police officers?

If this conspiracy of secret control is true, how can we beat it?

All of these issues and more are addressed in our interview of author, speaker, host and veteran soldier Johnny Cirucci.

Power of the Jesuits with guest Johnny Cirucci, The Jim Duke Perspective

Johnny Outs the Most Insidious Jesuit Operative of All

“Crypto-Jews” or Jesuits? Johnny Answers on the Jim Duke Perspective

Rome the Hand Behind the Affairs with Johnny Cirucci, Jim Duke Perspective

It’s The Jesuits! Pt. 2 w/ Johnny Cirucci on The Oddcast Ft. The Odd Man Out

Johnny Cirucci—Illuminati Unmasked! Who are they? Why Do They Exist? Everything Imaginable with Gary Cocciolillo 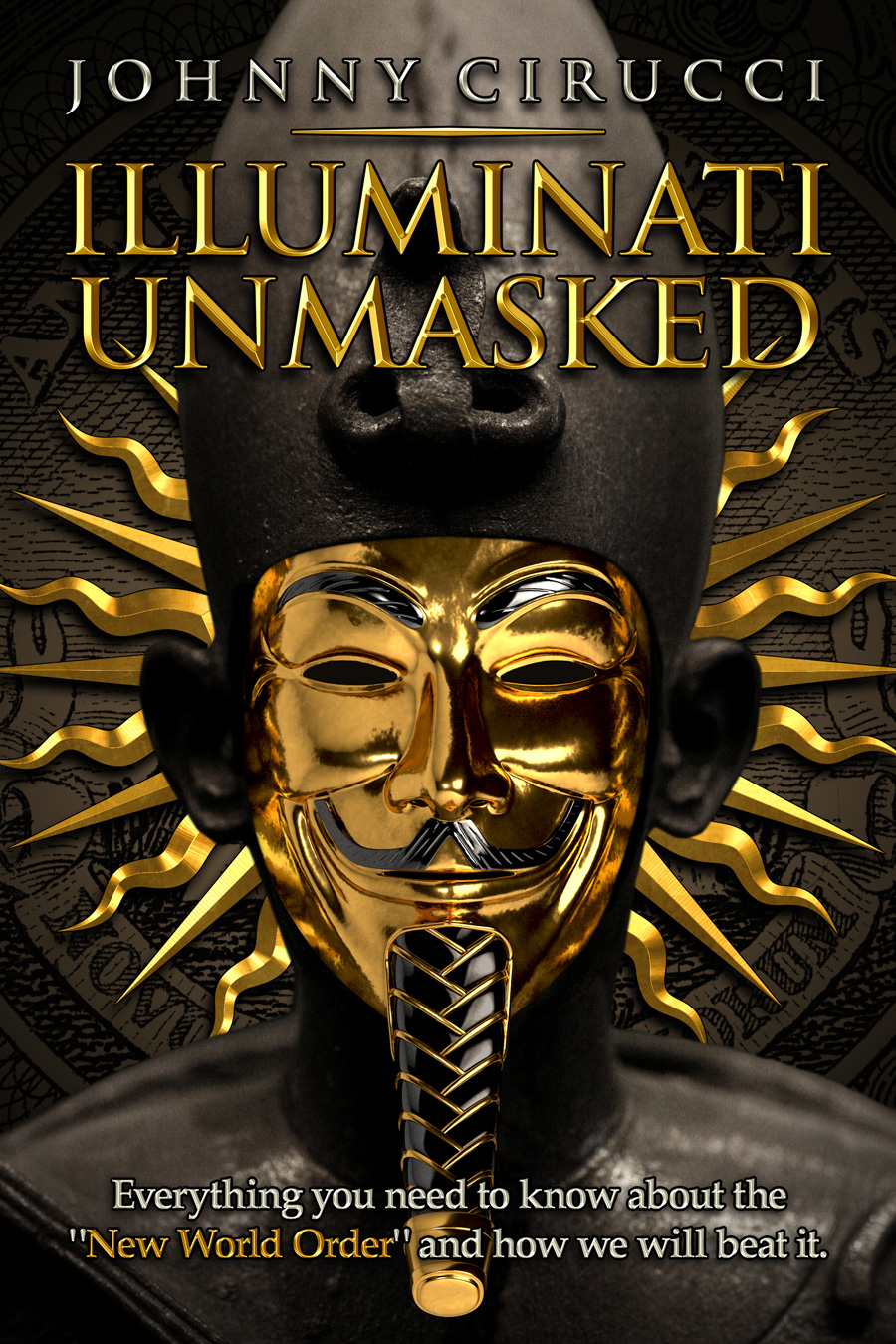 The project ended up being an 826-page book with 2,000 citations covering the system of Mystery Babylon from Nimrod to today. Illuminati Unmasked 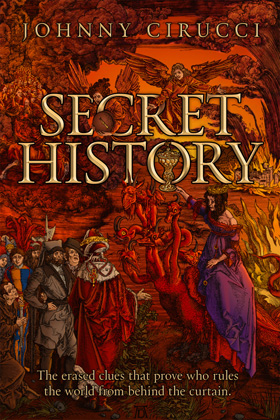 Since then, Johnny has written a slightly less intimidating prequel to Illuminati Unmasked presenting the detailed historical foundation to how Rome rose to where she is today. Secret History

They all do it, that’s how they got where they are: the most disturbing exposé you’ll ever read. Eaters of Children: The Pedocracy Exposed! 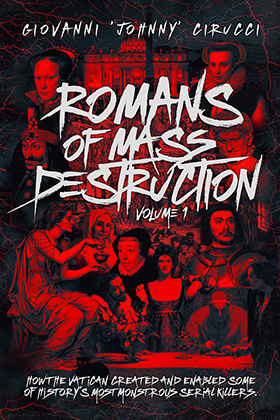 Johnny didn’t think he could top the disturbing, critical information he covered in Eaters of Children.  He was wrong and it could end up being an entire series on how mass murderers are selected, enabled and turned loose upon humanity: Romans of Mass Destruction, Volume I—How the Vatican created and enabled some of history’s most monstrous serial killers. 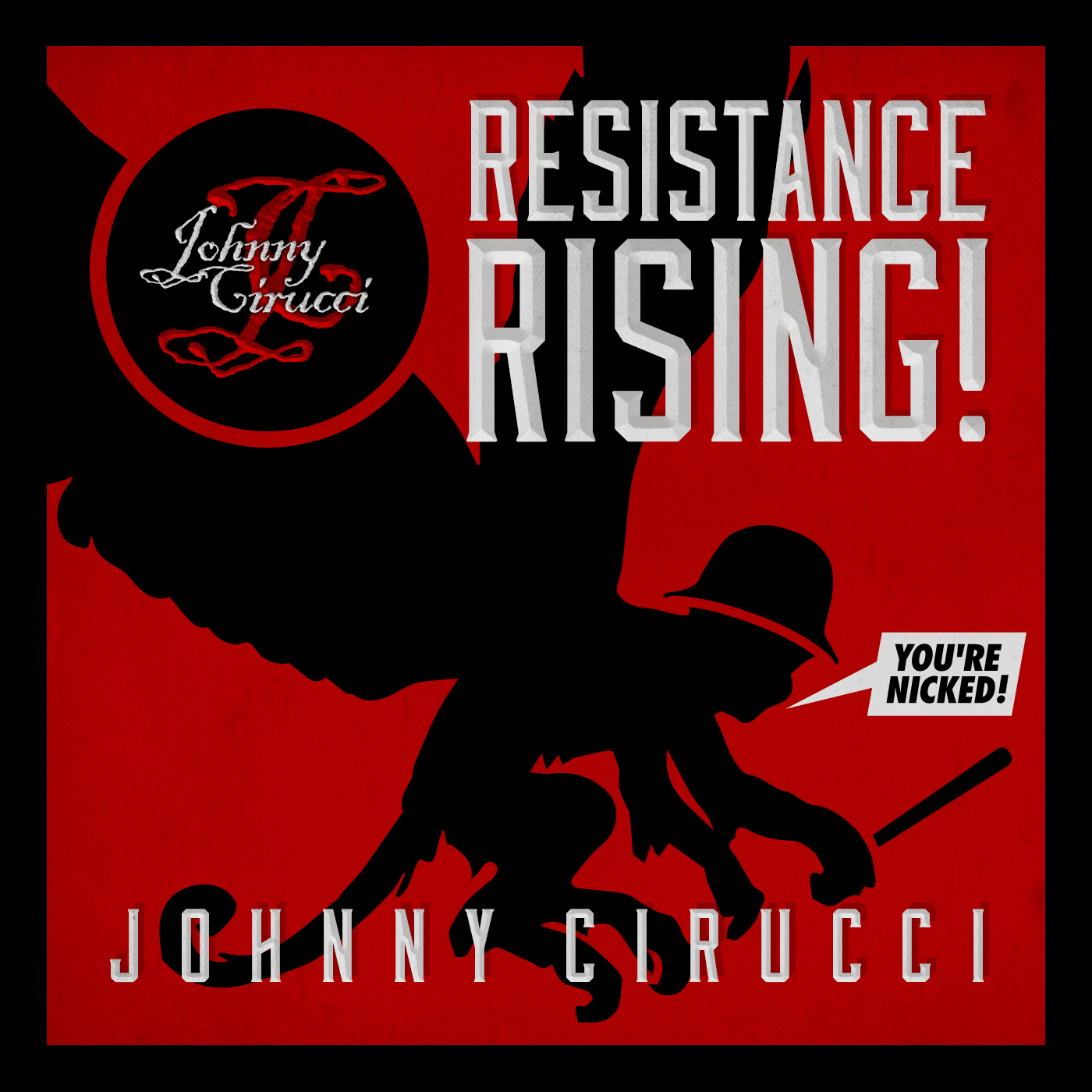 In 2013, Johnny experimented with podcasting.  After a two-year hiatus he has returned and continues to search for the most effective means to disseminate real Truth to American, Christian and world citizens. Resistance Rising! Podcast

Johnny’s columns have been featured on Before It’s News, Raiders News Update, the Government Rag, the SHTF Journal and the Save America Foundation.

Support Johnny
Connect with Johnny
Fill out my online form.