Why Is Myanmar Ethnic-Cleansing Muslims?

Myanmar (a.k.a. Burma) is very much a product of Luciferian1 chaos.

Recently, the country has undergone a face-lift, but the atrocities and abuses remain (although they are now more covert).

For most of its independent years, the country has been engrossed in rampant ethnic strife and Burma’s myriad ethnic groups have been involved in one of the world’s longest-running ongoing civil wars.  During this time, the United Nations and several other organisations have reported consistent and systematic human rights violations in the country.[14][15][16]  In 2011, the military junta was officially dissolved following a 2010 general election, and a nominally civilian government was installed.  While former military leaders still wield enormous power in the country, the Burmese military have taken steps toward relinquishing control of the government.  This, along with the release of Aung San Suu Kyi and political prisoners, has improved the country’s human rights record and foreign relations, and has led to the easing of trade and other economic sanctions.[17][18]  There is, however, continuing criticism of the government’s treatment of the Muslim Rohingya minority and its poor response to the religious clashes.[19][20][21]  In the landmark 2015 election, Aung San Suu Kyi’s party won a majority in both houses.

Myanmar is a country rich in jade and gems, oil, natural gas and other mineral resources.  In 2013, its GDP (nominal) stood at US$56.7 billion and its GDP (PPP) at US$221.5 billion.[3]  The income gap in Myanmar is among the widest in the world, as a large proportion of the economy is controlled by supporters of the former military government.[22][23]  As of 2016, according to the Human Development Index (HDI), Myanmar had a medium level of human development, ranking 145 out of 188 countries.[4] ~ Wikipedia

It is easy for the Elite to “play” there as Burma rarely gets media coverage. 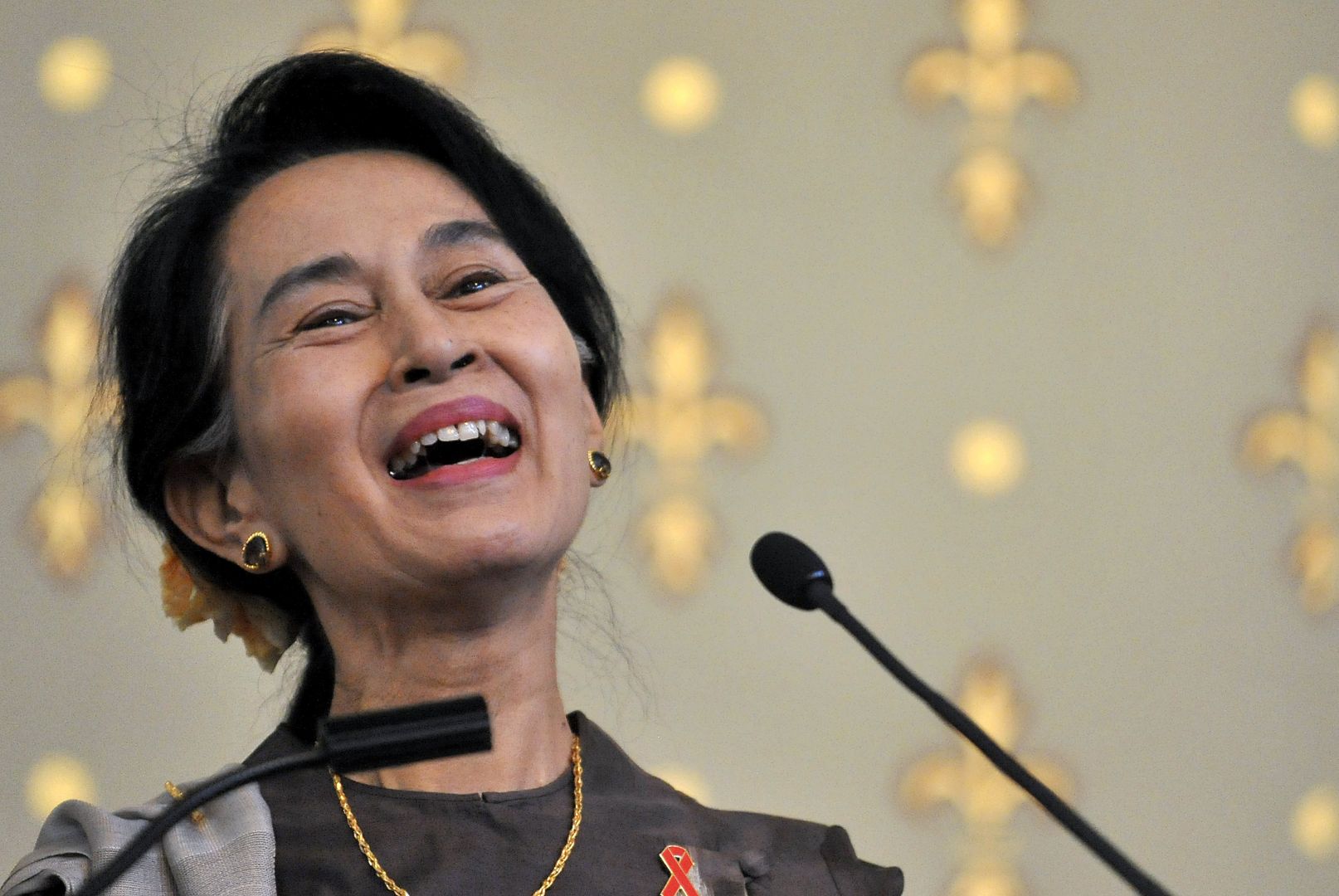 Although, as “political prisoners” go, the majority have suffered far worse than 15 years of “house arrest”.

In fact, if Suu Kyi were a puppet of the Elite, it would be the perfect way to portray her as a persecuted outsider.

This has been bolstered by her receiving the Nobel Peace Prize in 1991.  The merits behind the award rest on her ineffective resistance to the ruling military junta and her “house arrest”.

The year before she received the Sakharov Prize from European Parliament for the same criteria.  The way the European Union celebrated its 60th anniversary of tyranny shows clearly who those officials all work for.

Perhaps most telling has been her support from the agents of corruption in the United States, having received a “Congressional Gold Medal” in 2012. 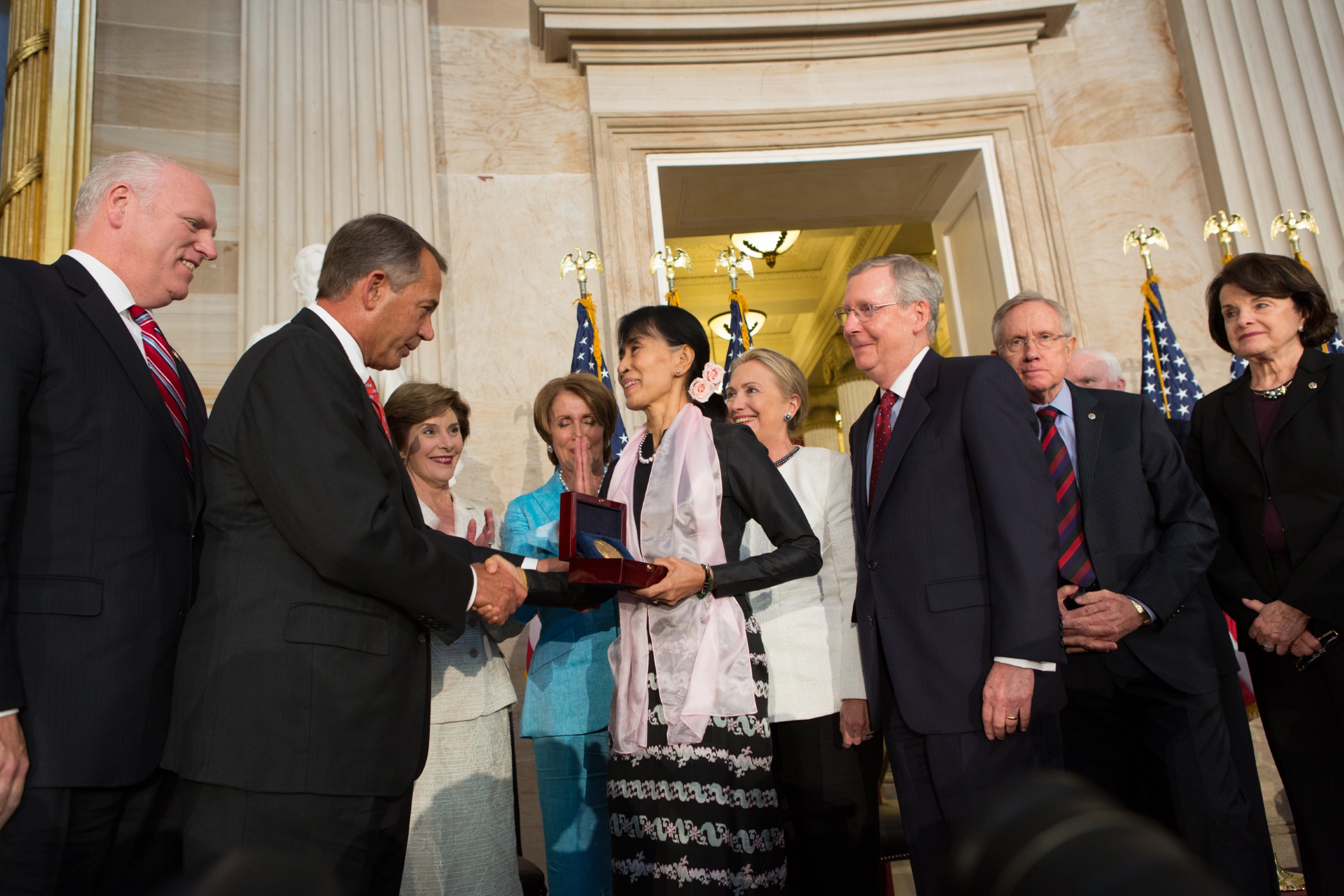 It is appropriate that McConnell and Clinton stand directly behind the award-winner, as they are most responsible for her empowerment.

Clinton is the extreme sexual deviant installed into hegemony by the Central Intelligence Agency and their controllers, the Jesuits (who directly trained her husband).

Not to be left out are the contributions of Barack Obama and his Roman Catholic handler, Joe Biden.

Perhaps this was why: despite the new happy face on Myanmar’s military autocracy, ethnic cleansing continues.

Particularly disturbing are reports that Burmese soldiers are pillaging the remote villages of Myanmar’s Rohingya Muslims where they commit atrocities like raping women and children.

This is done under the rubric of fighting “ISIS” for the never-ending “Global War on Terror”.

But modern “jihad” is a completely fabricated enemy founded in the bowels of Roman Western Intelligence operatives like Zbigniew Brzezinski, “close and warm” friend of Pope John Paul II, below pictured with an Afghani soldier believed to be Osama bin Laden (known by the CIA as “Tim Osman”). 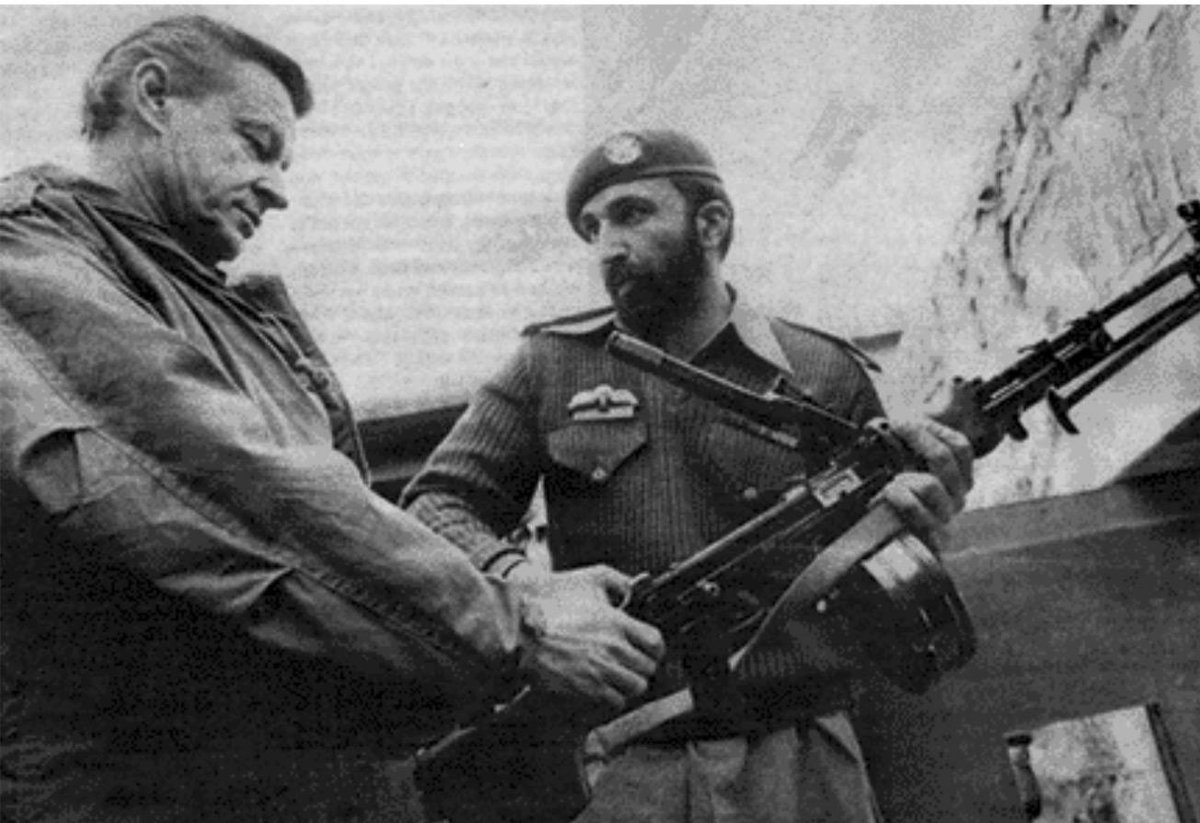 Perhaps some will consider criticism of Myanmar’s First State Counsellor as unfair, especially in light of an accusation that she is an operative or at least a pawn of the Papacy.

Interestingly, however, Aung San Suu Kyi (listed as a practicing Buddhist) spent her first 15 years under Roman Catholic tutelage (by “coincidence” the same amount of time she later spent under “house arrest”).  She completed her secondary education at the Convent of Jesus and Mary School in New Delhi, (“Hindu/Buddhist” India) with the “Sisters of Jesus”.2

Her late husband, Michael Aris, had even more interesting connections.

Aris was born in Catholic Cuba to a Foreign Service Catholic British father and French-Canadian Catholic, (and Catholic-educated) mother.  Not surprisingly, he was raised Catholic.3

His well-traveled father gave him a Buddhist “prayer wheel” as a gift.  Again, coincidentally, one of his instructors at Worth just happened to be future Knight of Malta Grand Master Andrew Bertie who also just happened to speak Ü-Tsang Tibetan.  Bertie translated the prayer wheel for Aris helping imbue him with a passion for the Orient.5

Aris would go on to teach Asian History at St. John’s, Oxford.  “St. John’s” is the most well-endowed college at Oxford, founded by Roman Catholic Sir Thomas White to lead the Counter-Reformation against Protestantism.

It’s full name is Saint John Baptist College which is important given that the secret belief of the Templars was to profane Jesus Christ as an imposter and worship the Baptist as the true Messiah (known as “Johanism”).6

Michael Aris died of prostate cancer on his 53rd birthday in 1999.  Although believed by many to share his wife’s apparent Buddhism (they were married in a Buddhist ceremony); the Benedictine monks of Worth and Ampleforth Abbies gave blessings at his funeral.7

If any had doubts about her fealty, they were dissolved with a kiss. 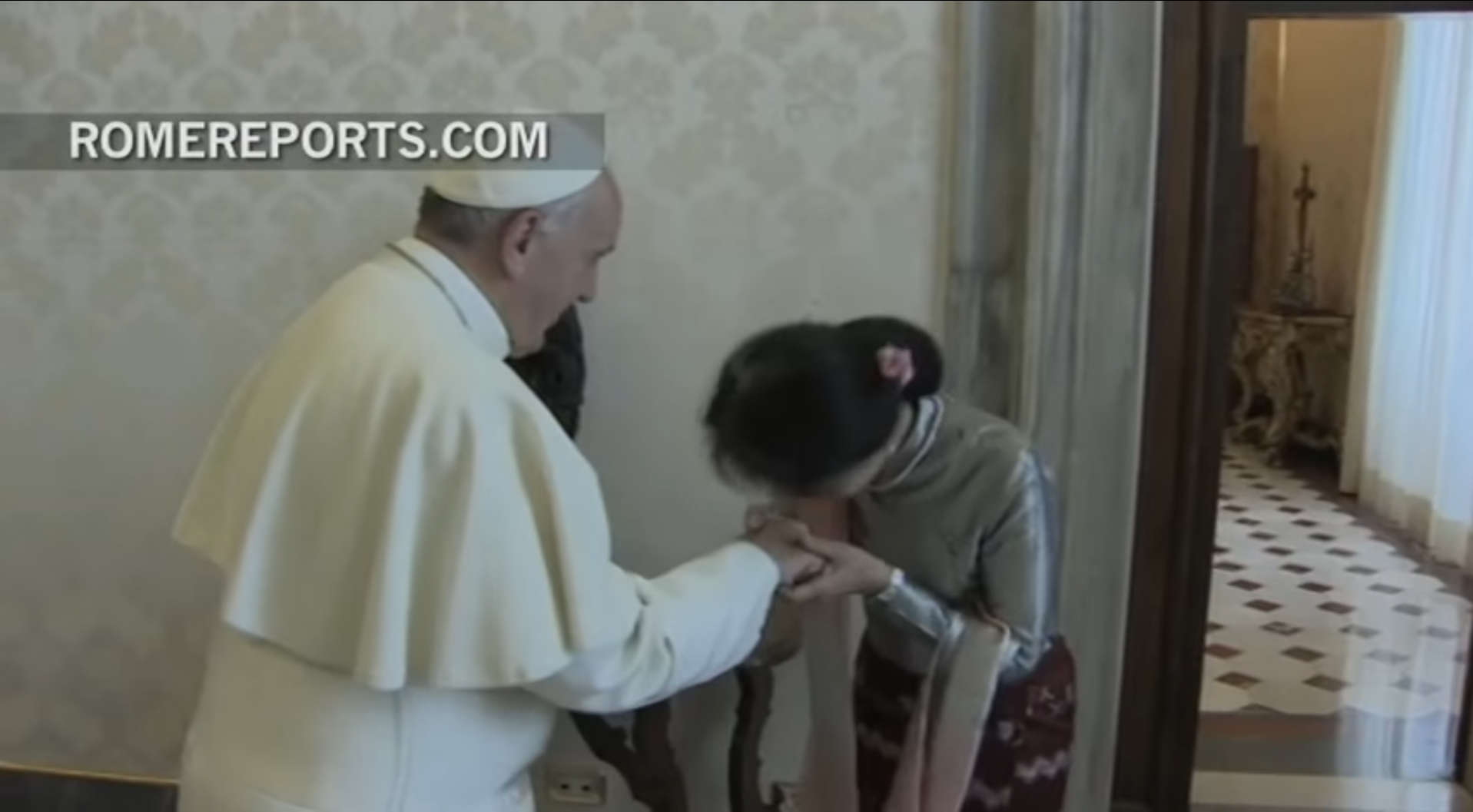