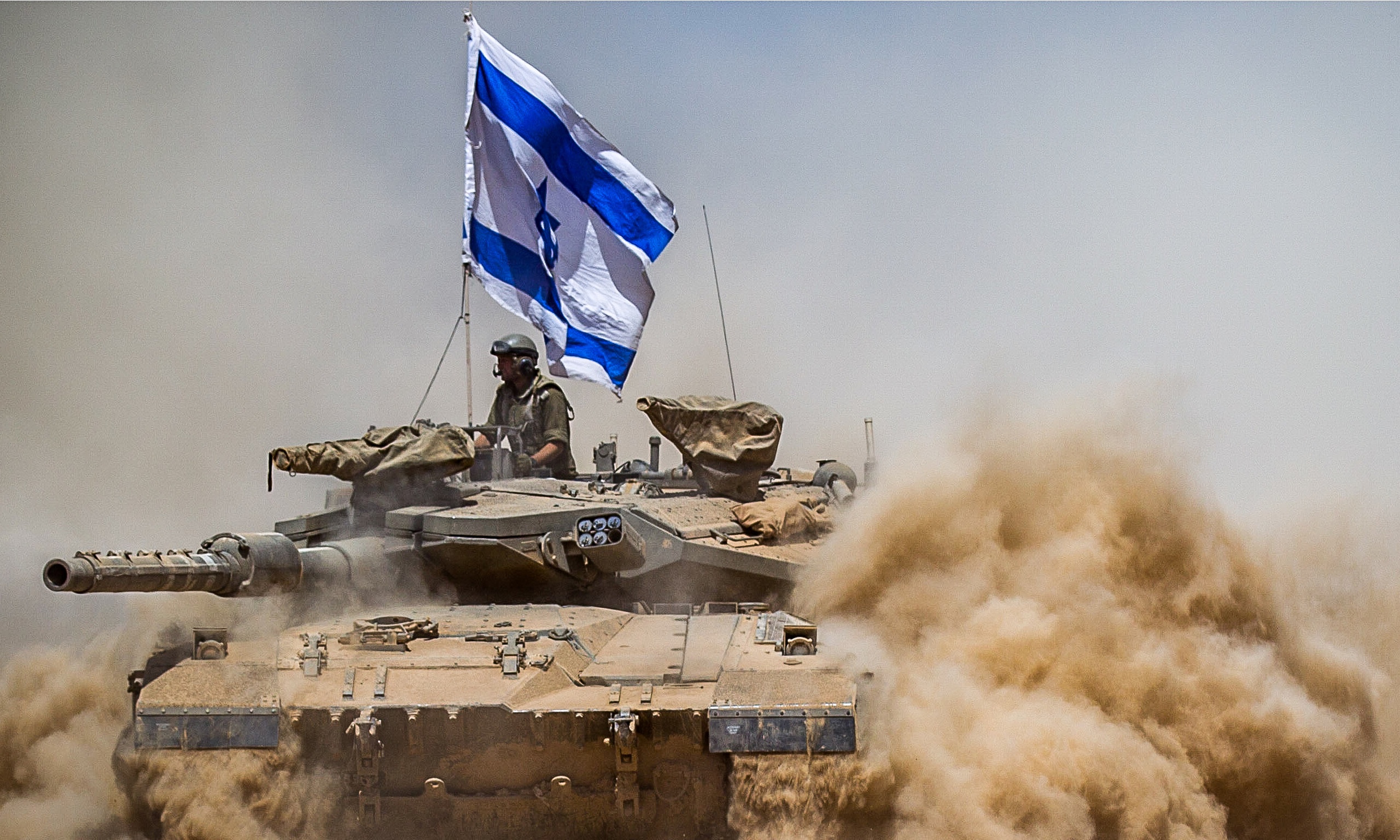 I have an acquaintance at the news agency Russia Today.

A few days ago he sent me a link to this story Palestinians for Boycotting Syrian, Iranian Goods having been astounded by a quote from the organization’s co-founder, Samia Shoman:

Casting aside her life-time enmity towards Israel, Shoman pleaded with the Jewish state to invade Syria and Iran and wipe out their respective Palestinian-hating ruling classes. ‘‘Only such a humanitarian intervention can have the desired effect of halting the barbaric bombardment of the Palestinians who have seen over 3,000 of their number gassed and burnt in Syria and over 25,000 turned into refugees seeking relief in Jordan and Lebanon,’’ she posited.

The story from the “Palestinian News Network” intrigued me so I decided to do some digging and this is what I found:

“It is high time we exposed the crimes against humanity committed by the modern pharoahs [sic] of the Muslim Middle East. Hosni Mubarak and Col. Muammar Gaddafi, who enslaved the long-suffering Egyptian and Libyan peoples with a 30-year dictatorship unprecedented in modern history have now been ousted, but heretical Shi’ite regimes in Syria and Iran are being ruled by merciless despots who are orchestrating the genocide of the Palestinian people ,” stated Stanford law student Omar Shakir.

This “statement” proclaiming Hosni Mubarak and Muammar Gaddafi as criminal “enslavers” could’ve been written by the CIA or Barack Obama’s press agent. Egypt and Libya are disasters because of what Barack Obama and the CIA have done treasonously wielding the American military where there was no vested interest for the American people.

Who made this statement? One “Stanford law student Omar Shakir”.

“Omar Shakir” is an Iraqi who attended Stanford on at least one scholarship and he may have started school around the same general time frame as the U.S. invasion of Iraq. The “Islamic Scholarship Fund” notes;

Born of Iraqi descent and raised in the San Francisco Bay area, Omar graduated from Stanford University in 2007 with honors in international relations. A 2007-2008 Fulbright scholar in Syria, he conducted research on contemporary Syrian economic reform and studied Islamic jurisprudence with the Dalalah Institute. Omar also studied abroad at Oxford University and in Morocco and Cairo and spearheaded humanitarian projects in Syria, Jordan, and the West Bank.

OK, not everyone is an intelligence asset (and even fewer are intelligence operatives) but this guy is certainly well educated and well-traveled in all of the areas the CIA would find “useful”.

In the “Palestinian News Network” piece he is quoted as being Mr. Kill Gaddafi but the Stanford Daily quotes him as being against the unconstitutional Libyan war.

So which is it?

Further down the PNN piece the guy sounds like he really is getting a paycheck from the District of Corruption (a.k.a “Washington DC”).

Speaking to hundreds of Palestinians and Syrian refugees in front of the Syrian Embassy in the nation’s capital, Shakir excoriated the Syrian and Iranian regimes for plundering the wealth of the more than 520,000 Palestinians in Syria and depriving them of their basic human rights.

The award-winning law student also deplored the thousands of Palestinian civilians massacred by the Syrian Alawite security forces in the streets of Damascus, Yarmouk, Latakia and Aleppo, the unheard of brutality of which was coordinated and financed by the ayatollahs of Iran.

“It is simply incomprehensible that these bloodthirsty governments are committing genocide against our own people,” he declared.

The Stanford Daily lists him as being an anti-drone crusader, as well.

“All of the interviews were really moving to me because all of the interviewees had come such a long way and taken such a risk, braving curfews and sometimes violence to come and…spend one hour with our team telling their story,” said Omar Shakir ’07 J.D. ’13, another a member of the Stanford Law clinic behind the report.

“We hope that this report will add to the chorus of voices among society that are calling for a reevaluation of our target-killing program,” Shakir said.

And he’s acknowledged as having contributed to the report “Living Under Drones” with a similar vein.

In spite of all that, he says this:

“We are confident that the American people is prepared to support our initiative until the vicious dictatorships of Syria and Iran are overthrown and their Palestinian civilian victims in Syria are no longer subject to indiscriminate slaughter,” Shakir affirmed.

“Rulers like Assad and Ahmadinejad should be taken to the gallows, just as Col. Mouammar Gaddafi and Osama Bin Laden were so speedily dispatched. The welfare of the beleaguered Palestinian people must be our number one priority,” he stated.

“And let us not allow the freedom-denying Fatah and Hamas factions brutally oppressing the Palestinians with their deathly prisons and torture chambers to live out their days with impunity,” Shakir emphasized.

What muslim is crowing about the deaths of Gaddafi and bin Laden?! Either the PNN piece has been fabricated or something is going on here.

I wonder if “co-founder Samia Shoman” knows that Mr. Shakir was “co-founder” of a different organization that wasn’t too keen on Israel?

The bill originally would have committed the Senate to urge the university’s Board of Trustees to reconsider endowment investments in eight companies, including Caterpillar, Lockheed Martin and Motorola. Tuesday’s vote centered on a revised version that pared the list to two.

The failure of the SPER bill capped off several weeks of contentious debate on campus. SPER Co-President Omar Shakir, a law student, had alleged the companies listed in the proposal profit from Israel’s control of the West Bank and “commit human rights abuses and violations of international law.”

In fact, every time I pulled something up about “Omar Shakir”, he’s talking about how evil Israel is.

So which is it, is Israel their salvation or their devil?

All of my evidence against Omar Shakir is circumstantial but the guy smells like a CIA rat or at least some kind of government stooge.

If I had the resources, and if it were important enough to me, I’d dig further. But only where my concealed carry firearm permit was valid.

He may not be a puppet for the CIA but militant disaffected blacks seem to like him.

He reminds me of King Barack the Most Merciful, deep down he hates Israel with all his empty self but he’s forced by his puppet masters to continue to enable Israel because of the role she plays in the New World Order.

To be clear about myself, I’m not like the usual Libertarians in the Freedom movement. I’ve been a Born Again Christian since 1996 and I have very traditional values. I’m awake to the New World Order but I still love John Wayne movies. 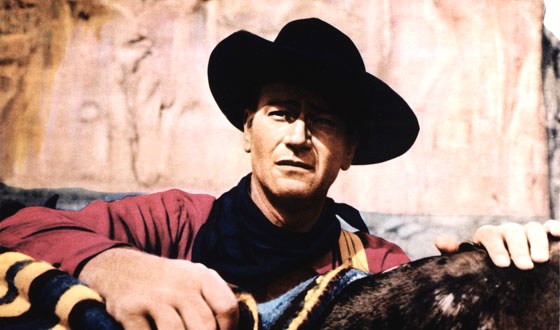 I recognize that Israel is just as bought as all the other Western nations. I also concede that evil people seem to have helped Israel get where she is today. I understand that and completely discount it because I worship the King of the Jews and the Bible I read says He will return and rule the world from Jerusalem. Therefore, I am a NWO-hating, freedom-loving Zionist…and I think there’s three of us total.