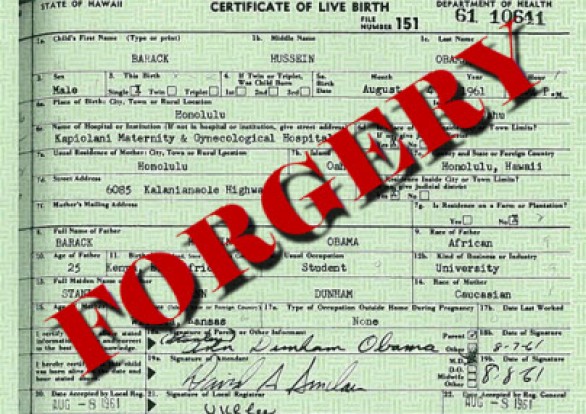 Perhaps the most pregnant question of our age is “Where was Barack Obama born?”

Or, more importantly, “Who is Barack Hussein Obama?”

You can always tell a truly important issue by the two questions:

Is the “mainstream media” refusing to cover it even though it’s clearly vital that you should know?

When they do cover it do they lampoon adherents (“birthers”) to the issue rather than cover the issue, itself?

Dear Leader’s miraculous origin is not a frivolous question, though he might think so. 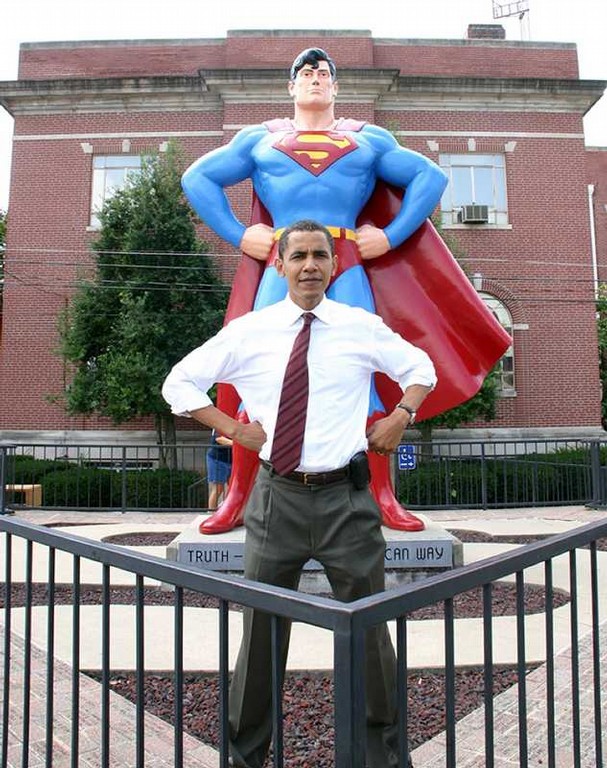 Who else could joke, “No, I’m not Jesus Christ, I’m Superman”?

Super Ego aside, Obama’s birthplace is actually mandated by no less a source than the United States Constitution, itself (as long as he pretends to be “president”…sorry, “portends”):

Why is such a requirement in place? Because the Founders understood that opening the door to foreign-born citizens taking high office in American government made it much easier for international insurgents to destroy America from within (and we have enough home-grown terrorists in D.C. to do that already without any help).

This letter from the first Chief Justice of the Supreme Court, John Jay, to the first President of the United States, George Washington, is quite illustrative:

Permit me to hint whether it would not be wise and seasonable to provide a strong check to the admission of foreigners into the administration of our national government ; and to declare expressly that the command in chief of the American army shall not be given to, nor devolve on any but a natural born citizen.

Your faithful friend and servant,

Of all the “scandals” and efforts to dethrone Obama, this is the one-shot silver bullet that not only removes him from office but also nullifies every law he’s ever signed, every appointment he’s ever made and every “Executive Order” he’s ever authored.

His allies know and fear this far more than his detractors, so many of whom belittle the topic that you wonder who’s side they’re on, from Glenn Beck to Sean Hannity to Bill O’Reilly to even the Bellicose Bomb-throwing Bombshell of the Bourgeois, Ann Coulter.

Since then, Hannity seems to have reversed course but it wouldn’t be the first time an operative of the Pseudo-Right addressed the issue in order to dismiss it.

But rather than an “elite” seasoned detective, the lead investigator has only 5 years with a small NJ police force and twenty years as a used car salesman with no current powers of arrest.

I would never have thought to question the authenticity of Mike Zullo or the “Cold Case Posse” especially after delivering powerful results like this:

But then I heard Mark Kessler begin to speak ill of Zullo saying that he refused to show Chief Kessler his behind-closed-door findings until he signed a non-disclosure agreement first.

Clearly, the Arpaio Posse has had what appears to be overwhelming evidence that an imposter is sitting in the most powerful office on the planet for almost 18 months yet no charges have been filed.

Zullo claims he’s taking his salesmanship to Congress but, to date, the only “success” he’s had is a single rogue Representative who doesn’t have a snowball’s chance in Hades of going anywhere with the information because “Conservative” members of his own “Opposition Party” claim they know there’s an issue with Obama proving Constitutional eligibility to serve as president and they don’t care.

The only real place to fight this battle is in a court of law, and that’s where attorney and Russian émigré Orly Taitz has been in the trenches from the very beginning.

Taitz told Chief Mark Kessler that she has been possessed by her quest to see Obama unseated because she is convinced that he is “a foreign agent bent on destroying” America. 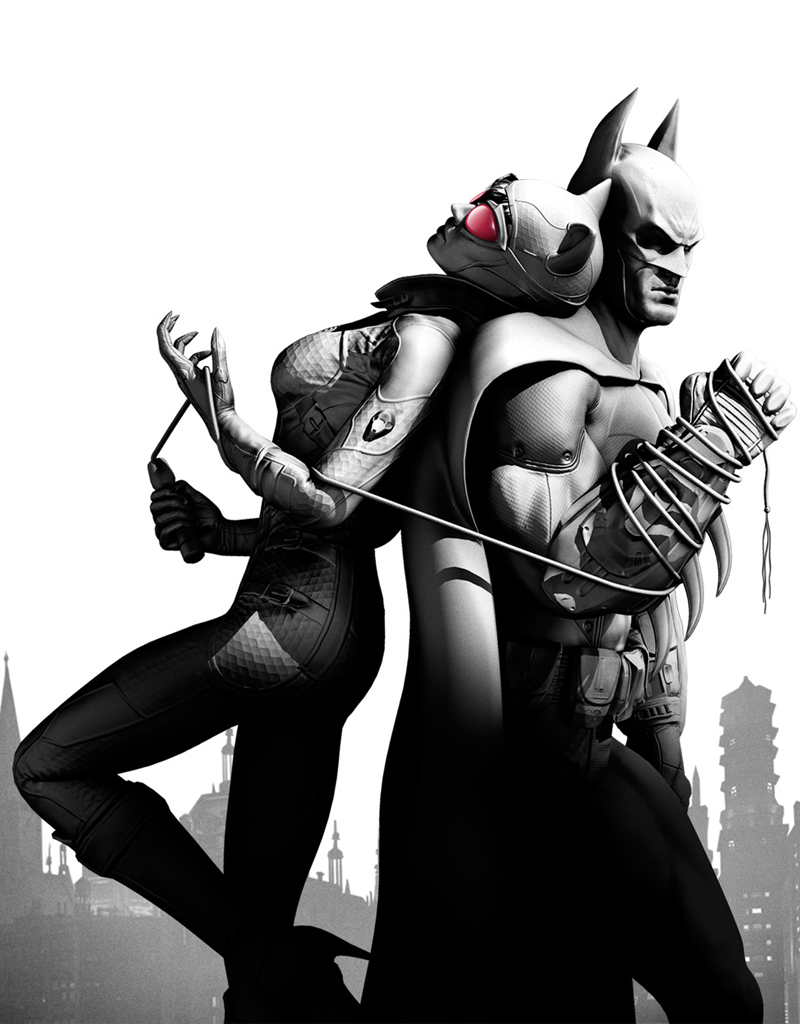 It’s hard to disagree with the blight that is “Obamacare”, a United States military that now marches openly in “Gay Pride” parades and national debt that has so skyrocketed total fiscal collapse of the nation is guaranteed.

One would think that a team of Orly Taitz and Mike Zullo would be as unbeatable as Batman and Catwoman, but just the opposite has occurred.

During a critical legal battle to keep Obama off the re-election ballot in Georgia, Arpaio and Zullo were nowhere to found and, consequently, Taitz lost the fight.

Rather than join forces, Zullo and his surrogates like Carl Gallups have tag-teamed to discredit a valuable ally.

At the bare minimum, the Arpaio/Zullo team appear to be giving just enough to their desperate constituents to appease them (and make that book deal) and at the worst, they are co-opted agents of the Obama Machine who will never truly endanger him and actually serve as his protectors.

I’ve already meticulously chronicled for you how one of the worst criminals of our age—Eric Holder—is a Teflon Gatekeeper who is beyond any American hope of being brought to justice.

A Machine with that much power will almost certainly protect its very own Messiah in like fashion.