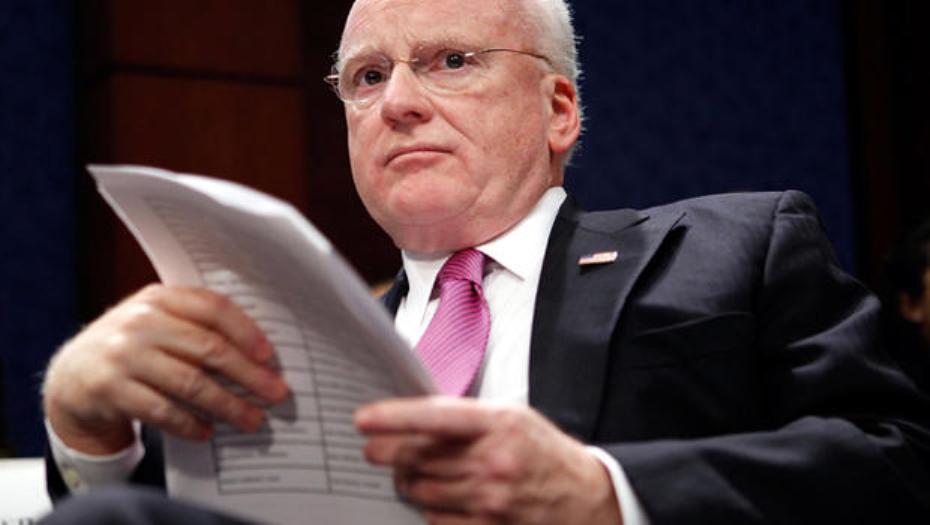 Fox & Friends’ Steve Doocey put it best characterizing a supposed 9/11 whistle-blower as Dick “American Grand Stand” Clarke. There are a few minor issues that may put the tiniest twinge of doubt in your mind about Mr. Clarke’s objectivity.

If you haven’t heard, he’s got a new book to huckster all about how much the president knew about 9/11 and how badly he dropped the ball. Clarke is a Clinton administration security advisor who seems to have forgotten that his former adulterous, megalomaniac, treasonous, murder-made-to-look-like-suicides boss had eight years to do something about terrorism while President Bush barely had 8 months.

Also, the timing of the release of his new book and his “startling” information seems oddly timed for a sincere “whistle-blower”. This from NewsMax’s Wes Vernon:

The allegation in a book by Richard A. Clarke, a national security advisor and holdover from the Clinton administration, was given wide publicity Sunday night on CBS’s “60 Minutes.”

Several talkshow hosts Monday pointed out that CBS failed to mention that the book was published by its sister Viacom-owned firm, Simon and Schuster. Both Rush Limbaugh and Sean Hannity said the “news” report was in fact an [undisclosed] infomercial.

It is also not true, says the White House, that Dick Clarke was never allowed to brief the president on the threat from al-Quaeda.

There was in fact no record of any request by him to brief President Bush on any counter-terrorism issue. He could have done so. He never did.

A spokesman for the independent commission investigating the Sept. 11 attacks said Monday that he was aware that former Clinton administration terrorism czar Richard Clarke was writing a book about the 9/11 attacks, but was surprised to learn that its release would be timed to coincide with Clarke’s testimony before the panel.

Asked if Commission Chairman Thomas Kean or Vice Chairman Lee Hamilton were concerned that Clarke would be using his appearance to help publicize his book, Felzenberg said, “I don’t know what to say about that.”

When asked whether Clarke would be questioned about a CIA videotape broadcast by NBC News last week showing that the Clinton administration had Osama bin Laden in its crosshairs but failed to act, Felzenberg said, “We can’t comment on materials before the committee.”

Boy, the press sure does make it easy to be a Democrat. And for that matter, so do the Republicans!