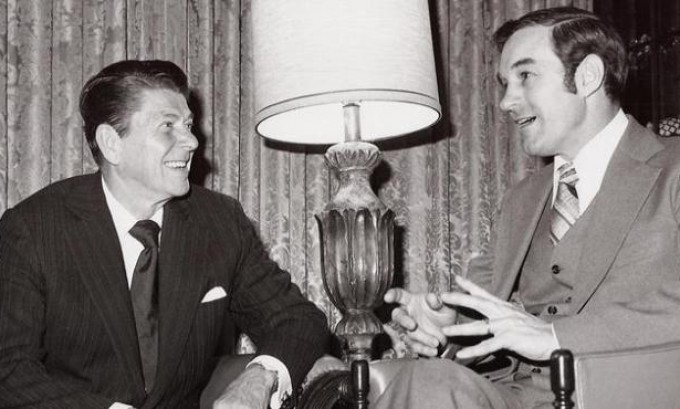 All my life I’ve been a passionate “Conservative” but it wasn’t long before the very word, itself, began my “journey down the rabbit hole” of awakening.

As I began to pay attention to what words meant, I saw that debates were being skewed against me before I even had a chance to open my mouth. By saying I was a “Conservative” I was saying that my values were dogmatic, “stuck in the mud” while my Leftist opponents were “liberal” and “progressive”… “forward thinking”. They were “blue” (the military color of allies) while I was “red”—the color of communism and of military enemies.

This convention of Leftists calling me “red” is even more outrageous given how thoroughly the Left is infiltrated and owned by Communists. There is no better example than NY Times reporter Walter Duranty who propagandized on behalf of mass-murdering animal Joseph Stalin for the American media establishment back in the 1930s.

The mere fact that Adolf Hitler is considered the embodiment of evil by the average person is proof of the overwhelming control on “education” wielded by Leftists and Communists. Even when you wildly inflate the death toll ascribed to Adolf Hitler, himself (and not, say Nazi Germany) to “30 million” it still falls far short of the 40 million slaughtered by Communist Joseph Stalin and the astounding 77 million snuffed out by Mao tse Dung.

Even here the Leftists at the UK Mail ascribe “30 million” to Hitler and only “60 million” to our buddy “Mao”.

This segue’s into another subtle propaganda tool, the ascribing of pet names to Leftist icons, “Mao”, “Hillary”, “LBJ”, “JFK”, “RFK”, “FDR”, why there’s even room for “Saddam” to get onboard.

More and more I began to think of the allies within my political persuasion as asleep at the wheel. The foxes were writing the rules and the hens were calling me Chicken Little.

But, still, I listened to Limbaugh, Hannity and Levin on radio, sent money to the Young Republicans and eagerly read my National Review.

Until the advent of Barack Hussein Obama.

Here was a man whose past was so murky we didn’t even know where he went to school…or where he was born.

An official police investigation discovered that the long form birth certificate released from the White House.gov site was an amateurish forgery:

The man sitting in the most powerful seat in the world—who spent 20 years in the “church” of a muslim who regularly cursed America, his campaign launched by domestic terrorists, his education funded by a foreign Islamic nation—was doing so in direct violation of the United States Constitution and yet “Conservatives” and “Republicans” alike laughed or ignored the issue.

Since then, Barack Obama has been a freight train of destruction for America.

* The dream of an age for all Collectivist Leftists: a massive expansion of government now includes the “health” of every American and is made possible by Barack Obama’s signature.
* Debt big enough to destroy America explodes under Obama.
* Staggering numbers of Americans have been paid by a government swimming in red ink to become dangerously dependent. When debt destroys that check, they will riot.
* The CIA has accelerated the muslim domino toppling of governments started under the Bush Administration from Iraq to Afghanistan. The “Liberal” Nobel Prize Laureate Barack Obama added Egypt, Libya and is currently pushing for all he’s worth to bring Syria down as well.
* Under Obama’s direction, the United States military is now told to participate in “Gay Pride” parades in uniform and women now flood every level of the supposed warrior profession.
* Obama has unilaterally gutted American energy and cost of living for the average household has skyrocketed, just as he promised it would.
* Obama’s frightening number of Executive Orders has laid the foundation for the United States to transform into an Orwellian Police state overnight. 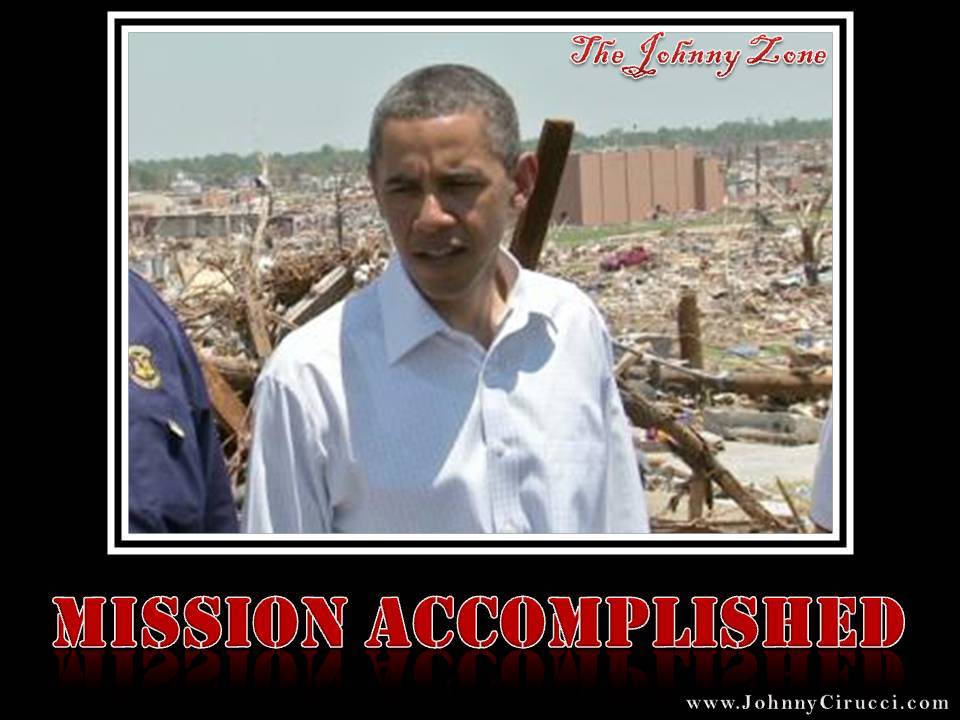 These are just the clear issues of great harm. There are other, more subversive issues like populating every single government position with the most vicious proponents of fetal slaughter or Marxist indoctrination. Our Lord and Savior Barack Obama actually exacerbated the great harm that befell the residents of Louisiana during the BP oil spill.

Clearly, the silver bullet that could undo this fast-acting cancer would be to nullify his entire presidency with a Constitutional eligibility hearing yet no one on the Right will come near the issue.

Here, too, the Establishment skewers the debate and quickly derides defenders of the Constitution as “birthers” to further handicap anyone who should dare bring the issue up.

Suddenly the narcolepsy of the “neocons” began to look suspiciously like “willful blindness” to me.

But still, I watched FoxNews and memorized my Ayn Rand.

—Until the day bin Laden “died”. The number of elements Americans were told to believe for this event to have taken place was nothing short of comical.

Yet all of the Right-wing pundits joined hands with Republican political leadership in singing the praises of the great mastermind, Barack Hussein Obama.

This was what drove me down to pop the “Red Pill”, leave the Matrix and plummet down the rabbit hole.

I turned off Rush Limbaugh, and turned on the other guy who was talking about these issues: the King of Konspiracy himself, Alex Jones.

To be sure, Jones was/is just as much an entertainer as Limbaugh, and it’s hard to parse between exaggeration and reality with him.

But when you do, that reality is shocking. It is a reality that tells you, you have been played.

As Americans quickly divided over the apparent dangers of Islamic terrorism, they failed to see the hands behind the curtain that had enabled the “threat” to be what it was.

And when the vitriol dies down and both sides have a chance to see clearly, another issue is found to stir them up again.

I began to dig deeper and the more I looked, the more stunned I became. A picture was painted before me which showed that a cabal of super rich kingmakers was manipulating the policies of whole nations and their goals were far from benign.

These are people who despise the common man, who push to destroy your income while enjoying protection you give them through their political puppets in government.

While “Conservatives” bloviate about simple common-sense capitalist business models, massive oligarchies bleed the average American family out of existence via a fascistic “crony capitalism” that has little to do with actual “capitalism”.

Those whom escape the slavery they have entrapped you with, they intend to kill. 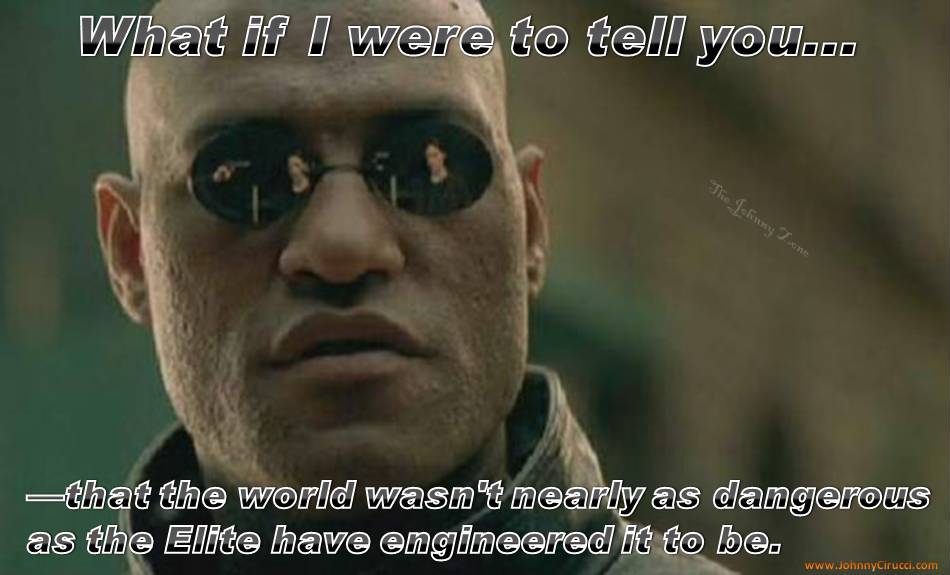 Perhaps that sounds ridiculous to you. Maybe you think I wear a tinfoil hat in my home to protect me against the microwaves.

Well if you are a Jew or a Christian, you should be ashamed to know that your Holy Texts bare me out.

It has very little to do with “conspiracy” and everything to do with human nature.

The heart is deceitful above all things,
And desperately wicked;
Who can know it? ~ Jeremiah 17:9

Peter said to Him, “Explain the parable to us.” Jesus said, “Are you still lacking in understanding also? Do you not understand that everything that goes into the mouth passes into the stomach, and is eliminated? But the things that proceed out of the mouth come from the heart, and those defile the man. For out of the heart come evil thoughts, murders, adulteries, fornications, thefts, false witness, slanders. These are the things which defile the man…” ~ Matthew 15:15-20

Via this worldview, you should count on anyone with money or power having evil designs toward you. You should count on being manipulated and deceived and not just by man, alone, but by evil powers behind him…possessing him.

Although the trap is nearly sprung, there are a few rays of twilight left and a powerful cooperative simmers on the horizon. It is one that is long overdue but only now has been made possible.

It is “Conservatives” joining hands with “Libertarians.

Just a few short years ago a divide separated the two camps as wide as the Grand Canyon.

Previously, Libertarian icons like Ron Paul failed miserably to wake up citizens to how they were being manipulated into war for the sake of traitors receiving untold riches in profit and instead tried to equate targeted nations like Iran and China as “just like us”. Such efforts aggravated me and I’m awake (and voted for Paul in the last presidential primary)!

However, Libertarians have come a long way in a short time. Perhaps the best example of the “evolving Libertarian” is that of Ron Paul’s son, Rand Paul who, despite passionately fighting battles his father would’ve fought, is careful to make a distinction between “Libertarian” and “libertine”.

There is now an organization that proudly espouses that they are “Pro Life Libertarians”. Old-school “Conservatives” like the Editor in Chief of World Net Daily Joseph Farah are coming on the Alex Jones show.

Still, the two groups have their dark closets. “Conservatives” tend to be terrified of altering their world view (and learning that you have been fighting pawns while kings and queens eat you for lunch is a radical world view change) and Libertarians have a weakness worse than kryptonite to Superman: Israel.

In Libertarian and “Freedom” circles, you don’t have to move more than a few inches before a shrill voice screams out “ZIONIST PLOT!” or “ZIONIST CONTROLLED MEDIA!” or “ZIONIST PUPPET!” 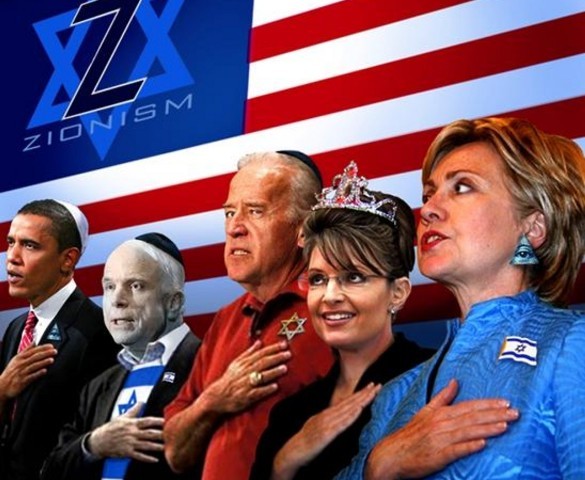 Of course there are Luciferians pulling strings in Israel, just as they do in every powerful nation. But to ascribe the level of conspiratorial power to “Zionists” that many Libertarians do is nothing less than a disease…one shared by a lot of surly people around the world and throughout time.

But Conservatives and Libertarians have far more in common than not and, allied with pockets of “Liberals” who have been shocked away from their messiah it can be a coalition that saves both America and the Free World.

Will this next election cement our fate of destruction, or will Ron Paul sit down with Ronald Reagan and chart a new course…?