CORBETT, Ore. (AP) — A Clackamas County couple was arrested on drug-related charges as part of a continuing investigation into the activities of a white separatist group.

They were held in the Clackamas County Jail on $10,500 bail each.

Fritz Springmeier writes books on the beliefs of the Christian Patriot Association, an ultra-right-wing group based in Boring, Blanchard said.

Police believe the Springmeiers are linked to at least one person arrested last month in Sandy.

Three people were arrested Feb. 9 at a rural Sandy home, where police seized military-style weapons and 50 marijuana plants. Police also found small amounts of ammonium nitrate and fuel oil and literature affiliated with the Army of God, a white supremacist group connected to the 1997 bombings of an abortion clinic and a gay nightclub in Atlanta.

Forest E. Bateman Junior, 29, is still being held at the Justice Center Jail in Portland on outstanding warrants for previous charges of assault and illegal possession of an AK-47 assault rifle. Two others, Anthony D. Huntington, 28, and Jennifer J. Williams, 27, were released. 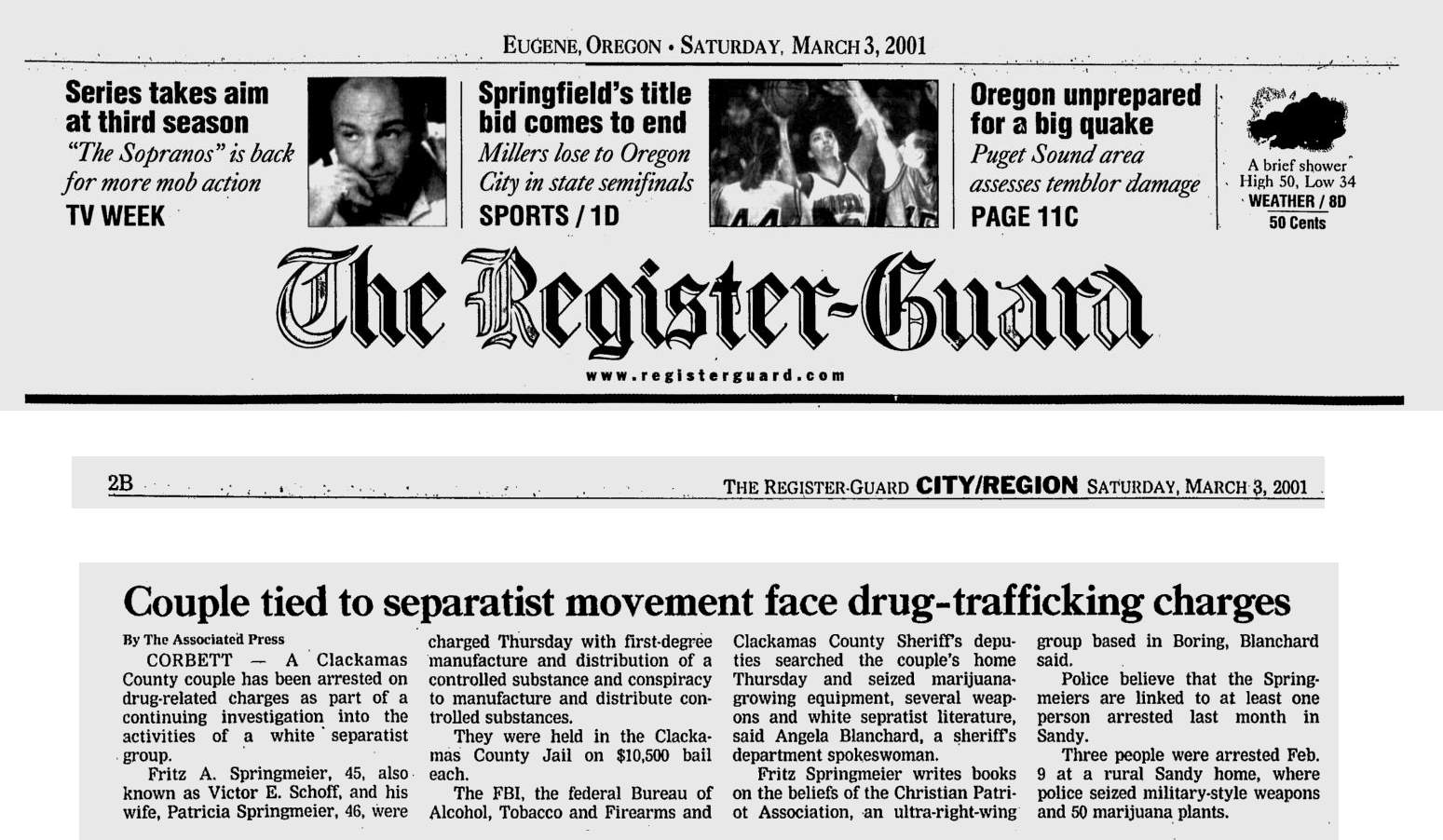