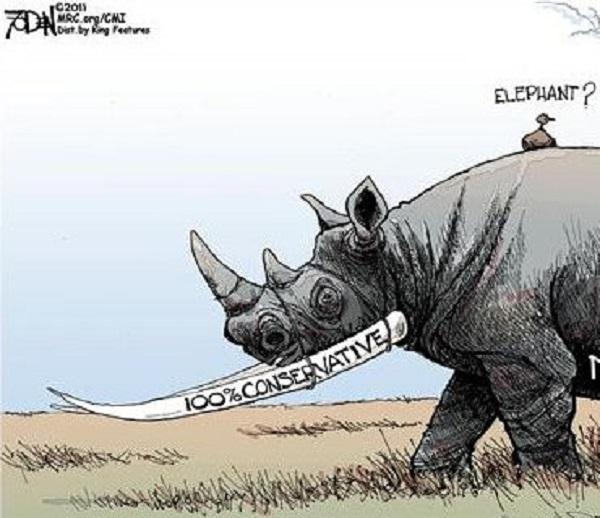 Enablers of the Leftist Destruction of America

The biggest impediment to America being saved from the freight train of suicidal destruction the Marxist Left have her running on is the leadership in the phony Right.

While treason beyond the wildest imaginations of our Founding Fathers has been and is being conducted, these pied pipers fiddle as America burns.

How can this be? These are people who claim to love America.

Well, some are unimaginative fools who wouldn’t see such a freight train if it were barreling down onto them.

But most of them are what former NY prosecutor Andrew McCarthy calls “Willfully Blind”.

McCarthy would know, he wrote a book entitled Willful Blindness in which he meticulously detailed how the FBI used Egyptian Intelligence operative Emad Salem to infiltrate the terror cell of Omar Abdel Rahman (a.k.a. “the Blind Sheik”). Once inside, Salem began feeding information to the FBI about a plot to attack the World Trade Center complex in 1993. Rahman then pressured Salem to make the bomb that would be emplaced in the parking garage of the North Tower.

Despite being vehemently anti-American and on the U.S. State Department’s “terror watch list” Rahman was allowed to enter, leave, and return to the U.S. repeatedly before the 1993 WTC bombing.

When Salem told his FBI handlers that he was being pressured to build a bomb, the United States Federal Bureau of Investigation told him, “Build the bomb.”

Salem was so incredulous at his instructions, he thought he was being set up and began recording every phone call between himself and the FBI. This probably saved him from contracting a severe case of CSDS.

The FBI claimed they simply “lost track” of both Salem and the bomb.

If this sounds familiar, it’s the same excuse the ATF used when asked why they gave weapons and explosives to a vicious Mexican drug cartel: everything just got misplaced.

Interestingly, though Americans were slaughtered as a result of both “accidents” their government committed, despite the endless bloviating of “watchdogs” like Republican Congressman Darrell Issa, no one has been fired or prosecuted, either from the FBI in 1993 or the ATF today.

That same year (1993), the FBI was reaching out to another muslim who had wonderful thoughts about America: Osama bin Laden.

Despite all of this, “Conservative” Andrew McCarthy bought the line of accidental incompetence the FBI was selling—they’re just a bunch of Keystone Cops at the J. Edgar Hoover building!

Some “Conservatives”* just have too much vested in the Luciferian Machine that has given them a tiny slice of the limelight. It’s better and easier to sit in the Presidential cabin aboard the Titanic than it is to run around trying to save people.

Each year, CPAC puts on a dog & pony extravaganza for the Fox News fans. They all get frothed up with shell game fallacies and simple-minded distractions while the critical issues that are on the brink of destroying all they know and love remain safely unscathed.

This year’s lineup was a cavalcade of Cold War Conservitards and compromised corruptocrats.

Last year, helping hand Barack Obama his second term was a bit much to keep the redundantly-named Chris Christie on the “welcome list” but he was shoe-horned back in this year (with a little help from Crisco).

This is the same calorically-challenged Republican who installed muslim lawyer Sohail Mohammed to the New Jersey Superior Court despite his fierce pro-muslim agenda which extended to defending Guantanamo Bay detainees and terror suspects post 9/11. Mohammad has been a favorite of the FBI in their propaganda efforts:

The regional office of the Federal Bureau of Investigation calls when questions arise about Muslim culture. He was a force behind passage of the state’s landmark halal food law in 2000, which pledged to help protect Muslim standards for food preparation. And in the aftermath of Sept. 11, he defended Muslim and Middle Eastern detainees swept up in the federal government’s dragnet. ~ Superior Court Nominee Rose To Prominence As Key Voice Of N.J.’s Muslim Community, The Star-Ledger

Eager to take Mr. Mohammad’s point of view, Christie called his critics regarding this appointment, “crazies”:

…Christie defended Mr. Mohammed, who is Muslim, calling him an extraordinary American and an outstanding lawyer who helped strengthen ties between the Federal Bureau of Investigation and the Muslim community after the 2001 attacks.

Mr. Christie said the people Mr. Mohammed represented were inappropriately detained by the FBI after what he called a very difficult time for law enforcement.

Perhaps “pandering” is the word that best describes Christie’s behavior, given that Passaic, New Jersey’s 400,000 muslims is second only to Dearborn, Michigan as an American enclave for the Religion of Peace.

For all who know anything about Islamic culture, building a mosque at Ground Zero in NYC was clearly a celebration of victory:

Having worked in Saudi Arabia, the birthplace of Islam and the home of its most extreme form, Wahhabism, I was shocked that a New York City neighborhood community board, in its ignorance, recently voted 29 to 1 to support a request to build a mosque and a Muslim center near Ground Zero.

Muslims have always built mosques on the sites of their conquests. The Prophet Muhammad himself made the Ka’aba, a pagan pantheon, into a mosque after he captured Mecca in 630 [AD]. The Al Aqsa mosque in Jerusalem was deliberately built near the Temple Mount, the holiest places in Judaism. The Ummayad mosque in Damascus was built on the site of the Church of Saint John. Babri mosque in Ayodhya, India was built by demolishing a Hindu temple at the site of Hinduism’s Lord Rama’s birthplace. They built mosques on the sites of thousands of temples throughout India. ~ The Ground Zero Mosque and Conquest, Vinod Kumar, American Thinker

Yet, for the Sultan of Strudel, not only was this an idea he supported, he urged the rest of the Reptilican Party to follow suit!

Perhaps it’s not pandering and he just agrees with his new bestest buddy; America is no-longer a Christian nation.

Look, I do want to be clear about Islam:

The religion stemming from the black obelisk of Mecca is not America’s most dangerous enemy. It is the Beast of Chaos being ridden by the Babylonian System Whore that is the world’s Elite—banksters, billionaires, Bilderbergers and Intelligence Bureaus. They are the enemy that has empowered the Beast.

This is what concerns me the most about leading figures in the so-called “Conservative” field: they seem to be either blind, incompetent or controlled opposition when it comes to who is really doing the most harm to the country they supposedly love.

It’s like trying to watch an afternoon of Fox News; you walk away with nothing that will substantively help your life but you will be a little blonder.

Who really is Barack Obama?

What role does the CIA play in the “War on Terror”?

What role does the CIA play in the “War on Drugs”?

Why is the institution that controls the finances of the most powerful nation in the world an unaccountable private bank? 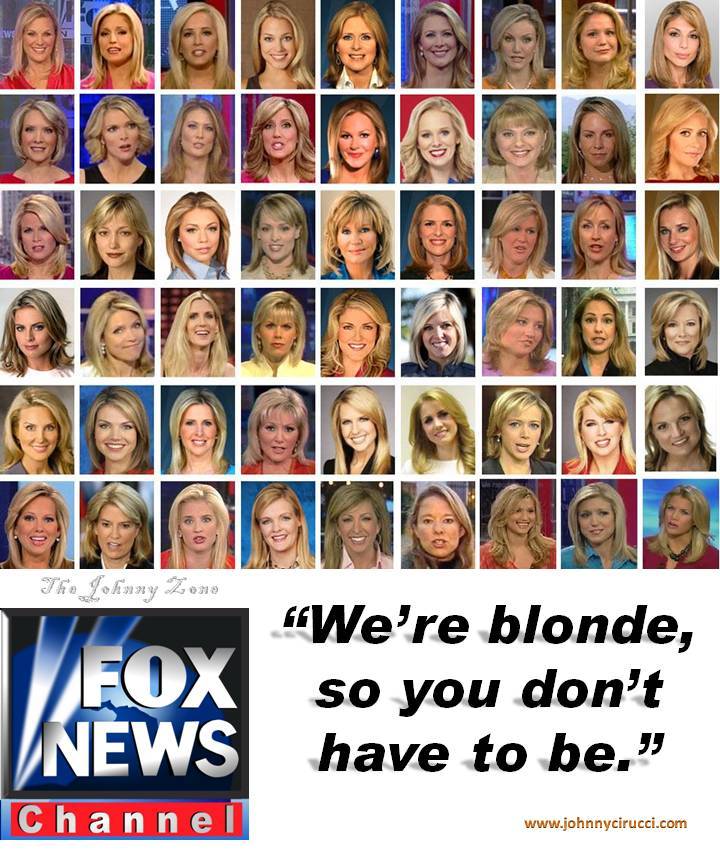 These are questions that have never been asked by Rush Limbaugh, Mark Levin, Sean Hannity and the rest of the controlled phony-Right bloviators. When Glenn Beck started poking around the Federal Reserve, he was quickly sacked despite unusually high ratings.

Like vicious matadors, they wave a big red cape in front of us only to stab us in the back as we charge past.

Until Americans break the hold of the puppeteers, they will neither get the information they need to survive nor the will to fight the massive bloodsucking parasite that is killing them that lives in Washington, DC but has been called by many, “the New World Order”.

NOTE: the inset picture is an upside down Republican logo to accent how, after 2000, the stars most aptly turned into pentagrams.

* I despise this term the Left has created for Right-minded people and am aghast at how happily they use it for themselves, just as fellow Freedom Fighters allow themselves to be mocked as “Birthers” or “Truthers”. I am not “conservative” nor “close-minded” nor “antiquated” as the moniker implies.