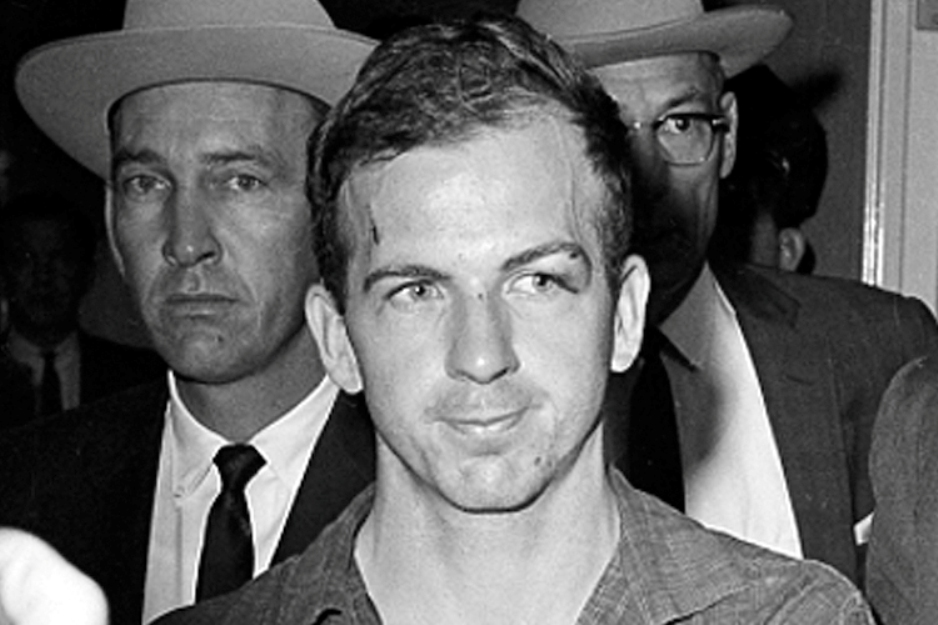 It is with good reason that few Americans now believe the official story that “loan crazed gunman” Lee Harvey Oswald killed the President.

Even reenactments richly biased towards the Warren Commission story show the Mannlicher/Carcano to be a troublesome tool for assassination.

No. The killing of Kennedy was a team effort, and only one team fits that bill: the Central Intelligence Agency.

What started the breakdown between Kennedy and the CIA was a feud that centralized around the Communist coup in Cuba.

According to a well-cited (39 references) article by the online publisher “Shmoop”, Kennedy was ambivalent in granting authority to the CIA for the Bay of Pigs invasion.

Thomas Craughwell with M.W. Phelps writing for George Mason University state that his tempering of aid to the rebels via air and sea contributed to their failure, ordering their 16 aircraft cut to 8 and keeping U.S. Navy support for survivors out of swimming range during the day.

The rift between Kennedy and the CIA was compounded when Kennedy denied approval of Operation: NORTHWOODS—a series of false flag events that intended to use CIA operatives and assets to conduct acts of terrorism on American citizens that would then be blamed on Castro’s Cuba.

The fact that, in 1962, the CIA had plans to murder Americans and destroy property to be blamed on a convenient foe is extremely instructive. There have been many domestic American terror incidents since then where the CIA was implicated as enablers or even full actors.

Kennedy later told a high official in his administration that he intended to “splinter the CIA in a thousand pieces and scatter it to the winds.”

Shortly after these events, Kennedy forced CIA Director Allen Dulles to resign. The duplicity of Dulles and Lyndon Johnson in the murder of John F. Kennedy is clearly seen by Johnson reinstating Dulles and then placing him on the Warren commission that investigated Kennedy’s death!

If you surf the internet for pictures of Lee Harvey Oswald the majority of those taken after his capture betray a sardonic grin; as if he knows he’s been trapped in a deadly game.

That Oswald was an asset for the CIA is beyond dispute for anyone who looks deeper than the official story.

Oswald, a former Marine, emigrated to the Soviet Union where he attempted to renounce his American citizenship and apply to become a citizen of the USSR.

When Oswald was moved by the Soviets to Minsk he met Marina Nikolayevna Prusakova. Prusakova had lost her father in the war and was living with her uncle, a high official in the MVD—the Russian Interior Ministry security service.

They later married and the two of them returned to the United States in 1961. The ease with which Oswald moved between the two protagonists is curious to say the least. One wonders if it was facilitated by one or both of those nations’ respective intelligence agencies.

But what is truly fascinating and disturbing is the story that surrounds Oswald before that fateful day in Dallas, 1963.

Haslam tells a shocking story of polio vaccines that developed viral forms of soft-tissue cancer, covered up by the medical industry and the government. It has single-handedly skyrocketed American incidences of Lymphoma, Breast Cancer, Prostate Cancer and many others. As soon as the CIA was made aware of viral cancer, operatives immediately got involved accelerated research in order to use the carrier as a weapon of assassination; the primary target being Fidel Castro but there were many others on the list.

One of those researchers was Judyth Vary Baker, at least according to her. In her book, she claims that as a young 25 year old scientist working secretly in New Orleans, Oswald was assigned to her as a bodyguard and she subsequently had an affair with him although both were married at the time.

Knowledge of cancer assassination was dangerous enough for a CIA asset—the difference between an “asset” and an “operative” is whether or not you are brought in the loop. An “asset” is expendable. An operative is an investment.

According to Haslam, what may have sealed Oswald’s fate was an active role in attempting to thwart the multiple attempts on Kennedy’s life.

THE DAWN OF A DARK AGE

The ability to murder a sitting president in broad daylight and get away with it has ushered in what could be the end of America. The amount of fear and blackmail that it takes to keep the lid on such a conspiracy staggers the imagination.

Former Minnesota Governor Jesse Ventura hosted a documentary series for TruTV entitled Conspriacy Theory. It ran for 3 seasons and nearly every episode can be found on YouTube, many of them generously posted by the Governor, himself. I recommend them all, not because they’re all perfect in each “conspiracy” they expose but they are well done and make you think.

The episode that is almost certainly clouded with the most disinformation is the one on “time travel”. To his credit (and that of his crew), Jesse approaches and leaves the subject with skepticism. In the episode, he questions a man by the name of Andrew Basiago who claims to have been sent back in time to speak to various presidents. It’s all a bit silly but an alternative point of view does come to mind.

At one point, Basiago, claims that the past 4 presidents were all chosen and picked by this black technology; Bush 41, Clinton, Bush 43, Obama.

Is it possible that the CIA was attempting to flood this successful series with farcical disinformation and, in the process allowed some truth to get out?

A close examination of each of those 4 men shows the heavy hand of Langley behind every one.

If we are ever to take America back, we will need to resurrect Jack Kennedy in wrath, splinter the CIA into a thousand pieces and scatter it to the winds.