Local Fox 19 Cincinnati is sending shockwaves across America by allowing a reporter by the name of Ben Swann to BLAST his national rivals with REAL journalism.  He was recently noticed by the king of alternative media—Alex Jones’ InfoWars.com—when he put together a “Reality Check” special questioning the official story coming from Aurora, Colorado.  However, the take from Jones’ top editor, Paul Joseph Watson, was wrong:

—This isn’t so much an example of the “mainstream media” being forced to compete with alternative media by reporting on real stories, this is a local station taking a chance on an upstart in order to make themselves unique and profitable.  What Watson SHOULD be saying in his UK accent is, “Fox 19, well done, you.”

Ben Swann has been on my radar since I had the pleasure of watching his outstanding summary of Supreme Court Chief Justice John Roberts making it possible for the monster of socialized medicine to live on.

As InfoWars continues to feverishly try out a great many well-meaning but not-ready-for-prime-time “reporters” this Swann fellow might be worth a look.  However, his level of professionalism and knowledge may just put him out of your price range!

I, on the other hand, am in between jobs right now.

AND NOW IT BEGINS…

I never thought I’d say this but my friends were right: Bill Kristol is a “neocon”, —begs Treason-crats to be more bold in demanding gun control. 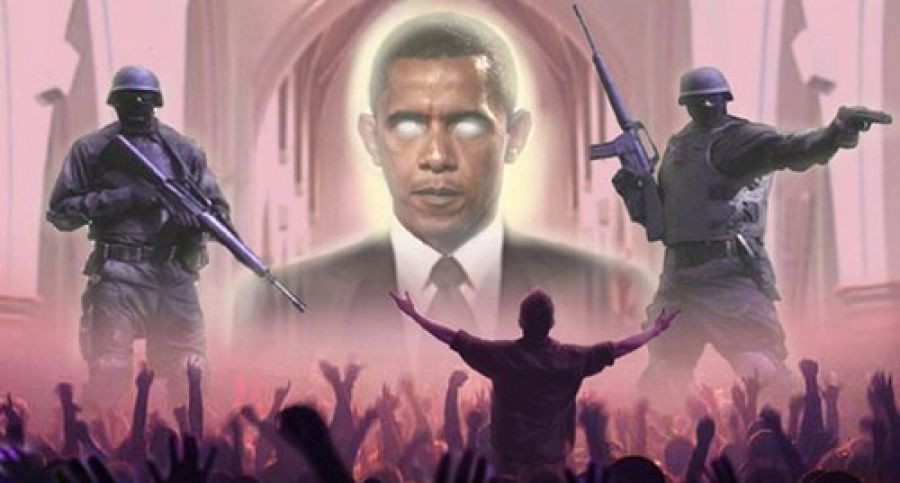 The Manchurian Messiah’s Masters kept him quiet on the issue of “gun control” after Aurora but something has changed.  They are getting desperate and are FORCING the opportunity they have created.

THE PUPPET CAN’T HELP HIMSELF

While attempting to push for gun control, the “Constitutional lawyer” COMPLETELY left his senses claiming that “AK47s belong in the hands of soldiers…on the battlefield”.  First of all, as I’ve already shown you, the INTENT of the 2nd Amendment not only implies “AK47s” in the hands of Americans but tanks, attack helicopters and ANYTHING ELSE a tyrannical government would use to unlawfully coerce the citizenry.  Call me crazy but, the last time I (an American soldier) conducted my Individual Weapon Qualification I was issued an M4, not an AK47.  So who was HE thinking of (AND IT WAS A POLICE VARIANT OF THE M4 USED IN THE CRIME NO LESS!!!)? 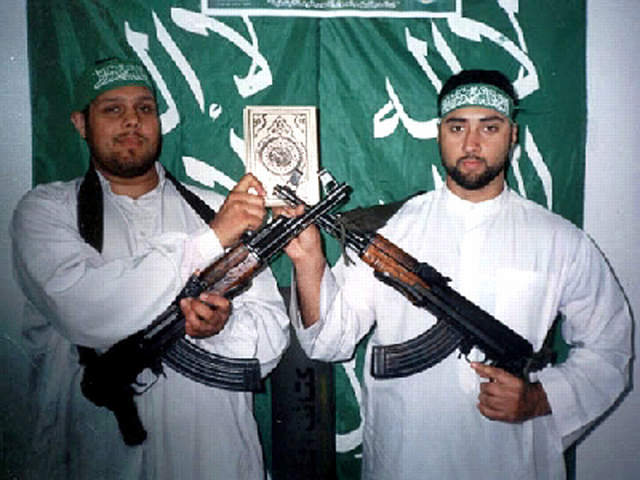 Great pose, guys.  Go ahead and squeeze those triggers!

BEHOLD THE NEW EGYPT OBAMA/BRIDE OF SLICK WILLIE HAVE CREATED

Folks, a lot of my friends in the Freedom Movement foolishly call themselves “anti-Zionists” because they think the Luciferians are “pro-Israel”.  Does it make any sense that they would constantly push for their own welfare and aggrandizement and then stop with their agenda to do what’s in the best interest of one little country?  Or is it an ancient hatred MASKED by “anti-Zionism”?

“… You declare, my friend; that you do not hate the Jews, you are merely ‘anti-Zionist’.  And I say, let the truth ring forth from the high mountain tops, let it echo through the valleys of G-d’s green Earth:  When people criticize Zionism, they mean Jews — this is G-d’s Own Truth.” ~ Dr. Martin Luther King, Jr.

If you call yourself a “Christian” you have no business sharing the sentiments of Nazis and radical muslims.  You best understand that the King of the Jews is not long from His Return and, when He does, He will rule and reign from Jerusalem!

On that Day, Living Water will flow out from Jerusalem, half to the eastern sea and half to the western sea, in summer and in winter.  The L-RD will be king over the whole Earth!  On that Day there will be one L-RD, and His Name the only name.  The whole land, from Geba to Rimmon, south of Jerusalem, will become like the Arabah.  But Jerusalem will be raised up and remain in its place, from the Benjamin Gate to the site of the First Gate, to the Corner Gate, and from the Tower of Hananel to the royal winepresses.  It will be inhabited; never again will it be destroyed.  Jerusalem will be secure! ~ Zechariah 14:8-11

WorldNetDaily’s Joseph Farah: If Obama is re-elected, my life will be at risk.

In his second interview with the internet giant, InfoWars’ Alex Jones was able to get Farah to go where he has not gone before in admitting his fears of a complete totalitarian takeover during Barack Obama’s second term to include possible assassination attempts against the likes of Farah and Jones.

Many are still questioning whether Right-minded media icon Andrew Breitbart’s death was as “natural” as mainstream media has portrayed. 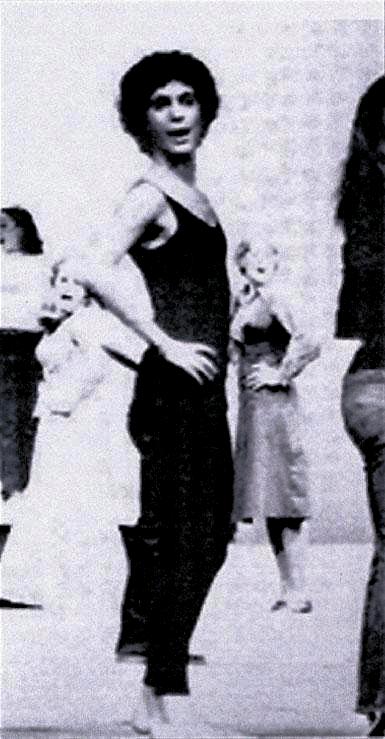 CHICK-FIL-A PRESIDENT NOT TOO KEEN ON HOMOSEXUAL MARRIAGE—AND NOT TOO QUIET ABOUT IT, EITHER

THE CREEPY BALLERINA—RAHM EMMANUEL—ISN’T VERY HAPPY  What, you didn’t know Rahm was into tootoos?  That and a few other things (which is why he WAS so tight with Barry).

JOHNNY’S GOT A DEATH WISH

Now that I’ve pissed off my Freedom Movement friends with my pro-Israeli post (oh, by the way, Luciferians run that country just like they do ours—they just occasionally have to make decisions to stay alive more), let me go one step further and say that Rosanne Barr who has been interviewed by Alex Jones and Max Keiser is COMPLETELY incompatible with what’s best for America.  By the way, Keiser sucking up to her via feigned compassion for Planned Slaughterhood damn-near makes HIM incompatible.  He certainly needs to shut up about abortion and keep talking about the banksters in his unprofessional B-grade sitcom style. 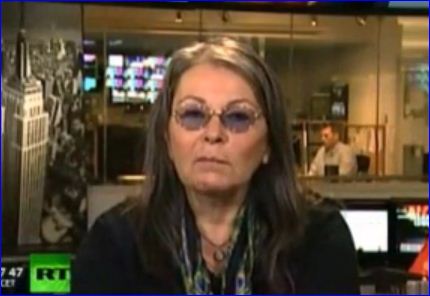 JOHNNY’S TAKE ON WHAT COULD BE HAPPENING (originally written in 2008, skip to the UPDATES if it’s too long for ya!) 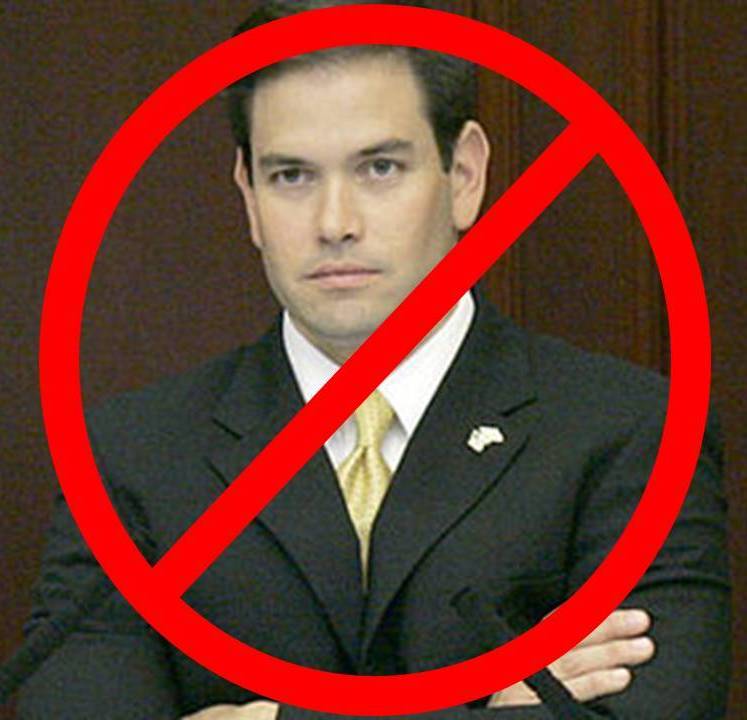 HE’LL FIT RIGHT IN: SPENT THOUSANDS OF MONEY THAT WASN’T HIS ON HIMSELF…no charges filed.

THE SECRET MORMON, VERY APPEALING TO THE BAIN VULTURE

THE FAVORITE OF “über-secret global power brokers”, NONE-THE-LESS HE WASN’T INTERESTED IN TOUCHING THE SUBJECT

As I stated in my recent column, Rubio gave his tacit approval of and protection for King Messiah over the 8-month long treasonous, unConstitutional war against Libya by diverting attention from the American effort with the apparent insult that the British and the French did all the hard work.

In fact, the man who has never spent a day in uniform seems quite eager to keep the meat-grinding money-maker of war going at full speed.

ALL IS NOT WELL IN THE FIEFDOM 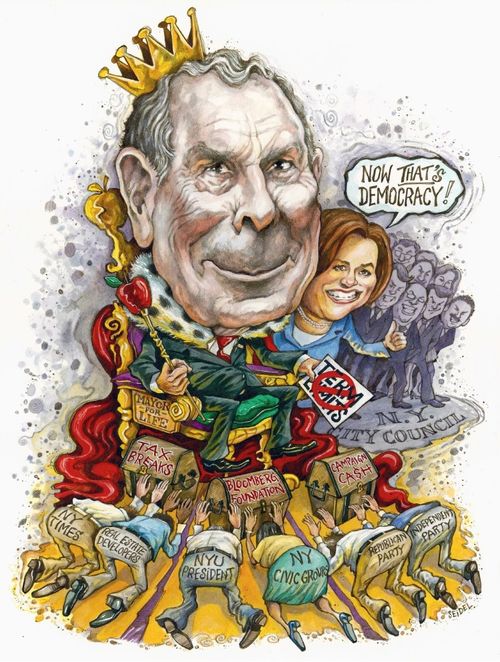 After uttering a terrorist threat calling for a police strike to create anarchy until the people willingly give up on the God-given, Constitutional Right to keep and bear arms, His Majesty, Michael “Black-Block” Bloomberg could not be found for comment on the death of a 4 year old little boy and the wounding of two others in a MASSIVE gun battle where legally-owned guns have been a thing of the past for GENERATIONS.  I guess the Billionaire control-fascist was trying to figure out if he could get a drone through Manhattan to monitor his Big Gulp ban while sunbathers were getting stuck with needles at the shore because he didn’t have the money to keep the crackheads at bay.

NEW REPORT: OCCUPY PROTESTORS GIVEN NO QUARTER IN THE FIEFDOM OF BLOOM-TERD

BLOWING UP THE BANK (a.k.a. TREASON)

SATANISM IN THE URALS UNDER THE GUISE OF “MEDICINE”

FEEDING THE ALTARS OF MOLECH

“Church” of Scientology Forced Women to Have Abortions

WOMEN IN THE MILITARY: RESOUNDING SUCCESS…NOT

AIR FARCE CHIEF OF SHAFT: WE’RE FAILING TO CURB SEXUAL ASSAULTS (EVEN THOUGH WE BEAT DOWN OUR AIRMEN—and soldiers—MONTH AFTER MONTH, YEAR AFTER YEAR WITH “SENSITIVITY TRAINING”)

SODA COMPANIES RACING TO GIVE YOU A NON-ASPARTAME ALTERNATIVE!