WAR ON THE PRODUCERS

DON’T BOTHER LOOKING TO POLITICIANS TO MAKE IT RIGHT. IF THEY AREN’T IN A BIG OIL POCKET, THEY ONLY LOOK TO REDISTRIBUTE THE THEFT INTO THEIR OWN! 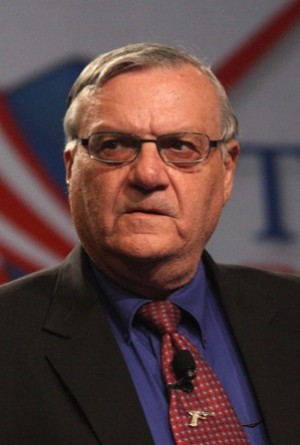 BROWNSHIRTS FOR THE BLACK MYSTERY MESSIAH

RACE WAR SPONSORED BY YOUR DEPARTMENT OF IN-JUSTICE

What’s keeping rabid radical racists from getting arrested? —They’re doing what the gov’t wants them to.

Where does Obama stand? Ask the so-called “reverend” who married him and baptized his children. WRIGHT: ALLAH AND YHWH ARE THE SAME

ELECTORAL IRRELEVANCE COURTESY OF YOUR DEPARTMENT OF IN-JUSTICE

WHILE CLAIMING THAT YOU ARE STUPID IN REGARDS TO VOTER FRAUD, “CAN’T HOLD’EM” HOLDER IS BURNING THE MIDNIGHT OIL TO SUBVERT ELECTIONS

The most common characteristic of these cities is that for decades, all of them have been run by Democratic and presumably liberal administrations. Some of them – such as Detroit, Buffalo, Newark and Philadelphia – haven’t elected a Republican mayor for more than a half-century. What’s more is that, in some cases for decades, the mayors of six of these high-poverty cities have been black Americans. You say, “What’s the point, Williams?” Let’s be clear about it. I’m not stating a causal relationship between poverty and Democratic and/or black political control over a city. What I am saying is that if one is strategizing on how to help poor people, he wants to leave off his list of objectives Democratic and black political control of cities. According to Albert Einstein (attributed), the definition of insanity is “doing the same thing over and over again and expecting different results.”

Cops Can Request A Copy Of Your Complete Facebook Activity

MSNBC: If police officers were to file a subpoena for your Facebook information, they would receive a printout of the data from the social network. This printout would be so detailed, complete and creepy that you should strive to be a good law-abiding citizen, just to prevent it from ever existing.

New Microchip Knows Your Location To Within Centimeters

Prison Planet: Forget a chip in your forehead – the “mark of the beast” is the cell phone.

The development of a new microchip for cell phones that knows the user’s location to within a few centimeters confirms the fact that contrary to biblical fears about mandatory implantable microchips, people have willingly exchanged their privacy for convenience and that the cell phone itself is the de facto “mark of the beast”.

IS THE “MARK OF THE BEAST” SOMETHING ELSE ENTIRELY?

GREEK CITIZENS NOW BEING TOLD THEIR SOCIALIZED HEALTHCARE IS A “PRIVILEGE” (coming to America soon!)

THE END IS NEAR