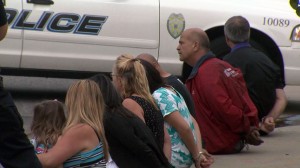 Marie FromTexas: Johnny, what’s your take on this?

Summary on the Real Purpose of Chemtrails

Marie: the Luciferians DO want to dramatically change human physiology because their demonic masters will then MUCH more easily control their hosts:

And, even more frightening, they no-longer qualify for the Salvation of the G-d/man Jesus Christ.

HOWEVER, the ability of the Luciferians to alter our DNA via nano-tech sprayed indiscriminately from aircraft sounds like pure paranoia. My current opinion on “chem-trails” is that they are being employed to augment weather-control weapons and have the nasty side-effect of being harmful to living things via getting into the soil and the water table—something the Luciferians are probably quite pleased about.

Our DNA is being attacked from other, more direct angles via genetically-manipulated organisms.

Currently, I believe that RFIDs and nano-tech can still only be implanted directly and specifically. Unfortunately, that doesn’t exclude the possibility that they can be inadvertently ingested.

Marie FromTexas commented on her link: “Thanks, Johnny. While nothing would surprise me, I don’t know if they have these capabilities— yet. Your take on human beings no longer human, is something I never thought before! That’s beyond sci-fi. Is it their ultimate goal to arrange a being who doesn’t need salvation? Prince of darkness has plans beyond my imagination. You are in agreement that they are tampering with weather. Our Creator’s design is rotting so fast.”

Well, certainly the devil and all those who serve him (and that would be just about every banker, every politician, everyone and anyone with POWER) know no bounds in their evil. That is why we are to attempt to think like them but never act like them. Their desire to be a god unto themselves is the ultimate goal and the ancient Lie. There can be no doubt that Luciferians and power-mongers have lusted after the ability to cause MASSIVE disasters via the weather for GENERATIONS. But the Earth belongs to US. WE have been given stewardship over it and we WILL reclaim it from the spawn of the devil and we will hand it to the Conquering King upon His Return.

BETRAYERS OF FREEDOM OR SAVVY POLITICIANS?

My take on this is completely summed up by the REALITY of this EXCLUSIVE interview the United States Senator gave “9/11 Truther” and independent media punk Luke Rudkowski:

The mere fact that Paul even SPOKE to Rudkowski—no less giving him an exlusive interview—tells me that he is NOT an insider and he is to be trusted. Then he says “everything about Bilderberg I learned from Alex Jones.” Guys, are you KIDDING ME?! This is a UNITED STATES SENATOR. Who else in the MASSIVE public spotlight would DARE say such a thing? Luke and the rest of the young Liberty movement need to stop acting the age Rudkowski LOOKS (like pouting little kids). We have NOT been betrayed. Paul sincerely thinks that the best thing to do is decrease the DRAMATIC damage the Manchurian Messiah of Mystery is doing by going with Bain’s Boy…FOR NOW.

—let me add that RAND Paul is the best chance we have for MY goal of uniting the STUPIDLY divided Liberty movement from the “conservative Right”. We have VASTLY more in common than we do disagree and the only difference is that we see who the REAL enemies of America are…and that’s just a matter of receiving and accepting verifiable information.

BREAKING: IS RAND PAUL PLAYING THE LIBERTY MOVEMENT FOR SUPPORT WHILE STILL KOWTOWING TO THE SYSTEM FOR POWER…?

HOW TO BEAT DOWN FARMERS? HAVE LOCAL GOV’T TAKE THEIR WATER AWAY

A WHORE RIDES THE BEAST: LUCIFERIAN POWER-MONGERS WHO USE THE CHAOS GENERATED BY THE “RELIGION OF PIECES” TO USHER IN THE NEW WORLD ORDER SLAVE STATE

SOMALI ISLAMISTS OFFER 10 CAMELS FOR OBAMA’S SCALP (SOROS SENDS SECRET MESSAGE, “HE’S NOT WORTH THAT MUCH”)

INVASIVE SPECIES OF SEA LIFE INVADES THE U.S. THANKS TO A CREEPY, INEXPLICABLE JOURNEY OF A PIECE OF TSUNAMI DEBRIS
Tests on the debris or animal life may include Fukushima radiation fallout.

CREATE THE HOMELESS EPIDEMIC, THEN PROHIBIT PRIVATE CITIZENS FROM HELPING

THOU SHALT NOT BOTHER THE RULING CLASS

“BY THEIR FRUITS SHALL YOU KNOW THEM”

Creflo “CHA-CHING” Dollar Arrested for Choking His Own Daughter

Johnny’s response to the idiot on Facebook that created and invited him to “World Carnivore Day”, the event that is supposed make “conservative Christians” eat all the meat vegans don’t (this moron’s FB wall is covered in Christian references).

Hey Carnivore Keyvan: a couple of interesting Scriptures to make you think—

G-d’s Intent for the animal kingdom was as companions, not bloody, butchered food.

It was only after many generations of sin that He began allowing animals to be slaughtered to fill man’s lust for blood but even that was to teach us about the Sacrifice of His Son, the innocent Lamb of G-d who was terribly tortured to death out of love for us.

The vegetarians are actually closer to His Will than you are.

Sadly, many Christians take the fact that G-d does not strictly forbid the slaughter of animals to satiate our lust for meat as meaning it’s what He wants but that is no more the case than thinking G-d is OK with man’s lust for sex because He never strictly forbade polygamy. The Garden of Eden shows His Will in man’s relationship with one wife or with the animals G-d made for us to steward.

Killing an animal to eat it is a brutal process that requires a very hardened heart and those who take pleasure in hunting or killing should best examine their walk with Jesus Christ, the Author of Love.

It’s entirely possible they may not be as assured of Heaven as they think. 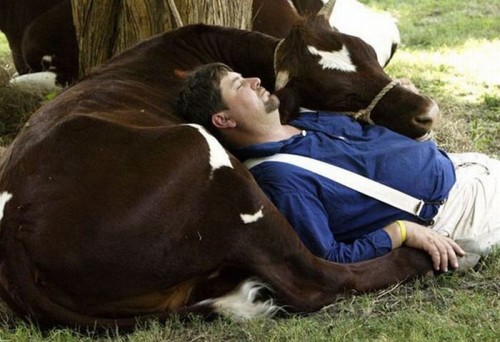