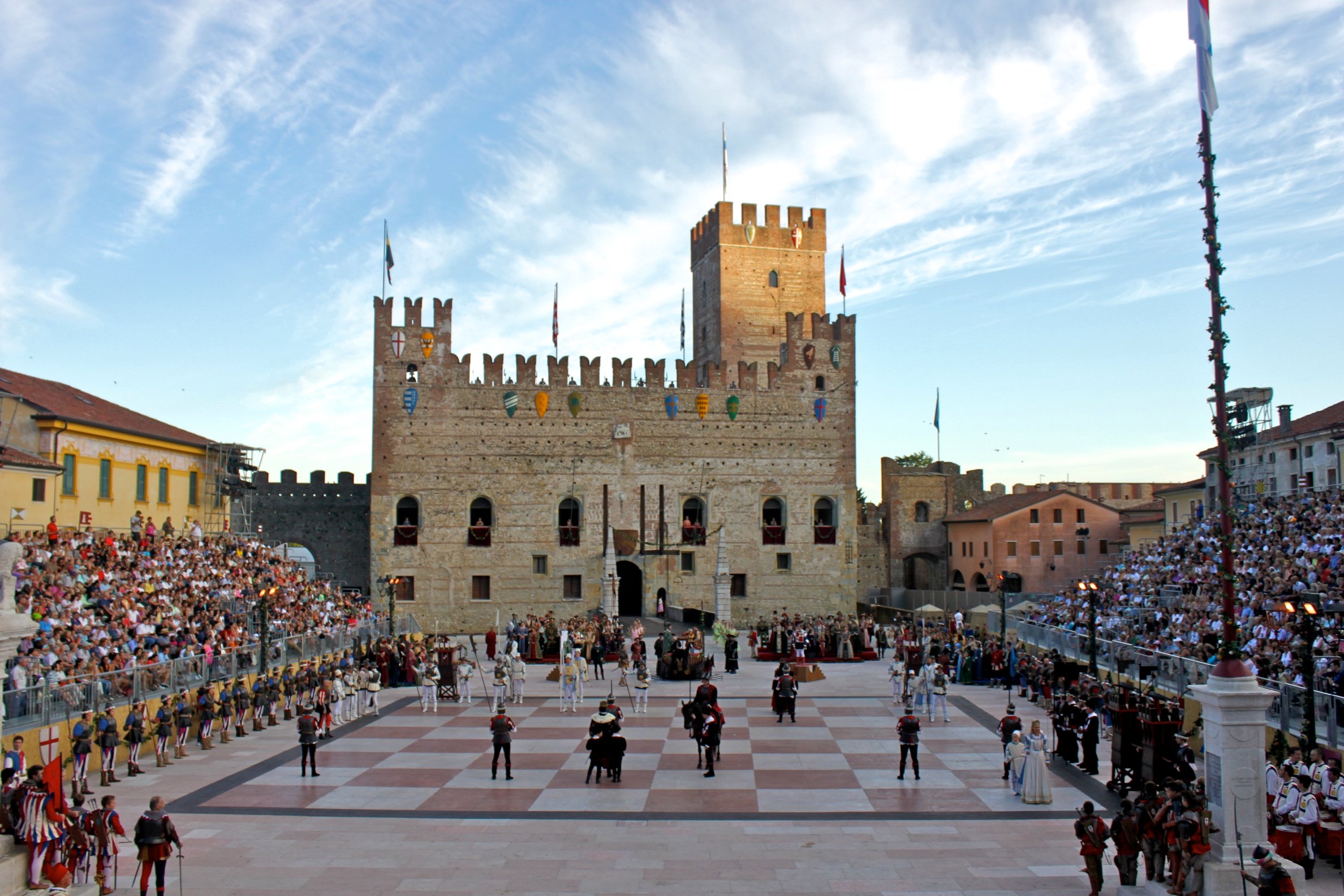 The grave of Charles Taze Russell is marked by a massive pyramid decorated with the Templar cross-in-crown surrounded by Roman laurels on each side. 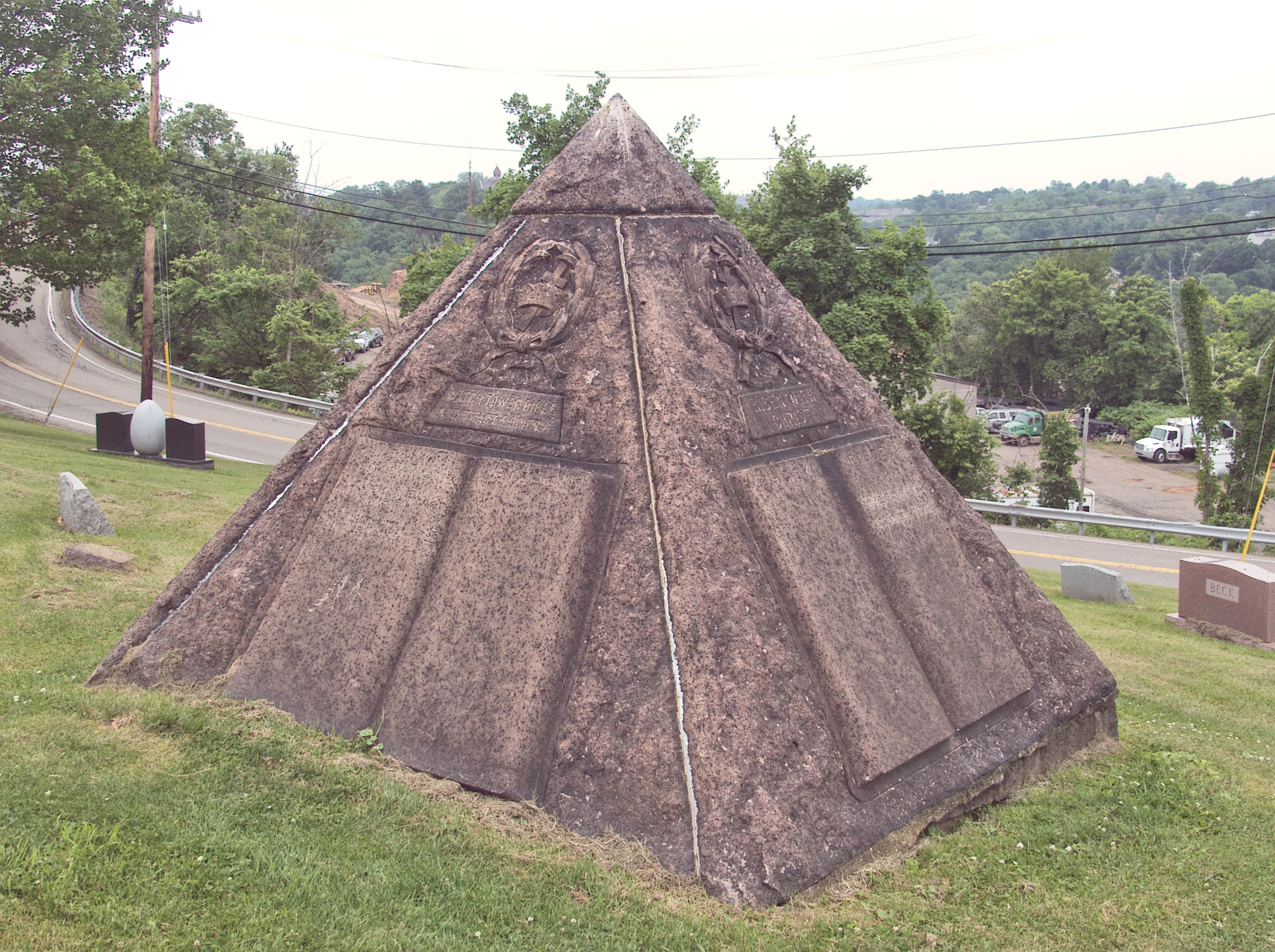 Recently, Flying Monkey Constable Nicholas had me look up the “Google Earth” view of the Witness Congress Hall in Denmark.  It confirmed my earlier column.

In May of this year, a Witness from Denmark was arrested in Russia…just for being a Jehovah’s Witness.

A Danish national was arrested this week during a police raid in the central city of Oryol, Russia, during a worship service by members of the Jehovah’s Witnesses, which Russia recently banned as an extremist organization.

The Dane was identified as Dennis Christensen, according to a spokesman for the religious organization in New York.

Christensen was picked up in the raid Thursday night by Oryol police and agents of the FSB, the successor to the KGB.

The officers also confiscated a Bible, religious literature, laptops and hard drives, according to the SOVA Center for Information and Analysis, a Russian non-profit group that tracks human rights issues in the country.

Russia’s Supreme Court last month formally banned Jehovah’s Witnesses as an extremist organization and ordered the state to seize its property in Russia.

The Interfax news agency quoted Justice Ministry attorney Svetlana Borisova in court as saying the religious group “poses a threat to the rights of the citizens, public order and public security.” ~ USA Today

In July of 2016 I warned you that Rome had manipulated Russia into a crack-down against her mortal enemies: real Christians (“Protestants”).

It is with a heavy heart that I finally throw in the towel on Russia.

For the past 18 to 24 months I’ve been Russia’s biggest fan in America.

If one makes the stretch that says the Orthodox religion is “Christian”, Russia is a Christian nation.

As the West devolves further and further into an anti-Christian, amoral dystopia, Russia has bucked the trend. …

Does Vladimir Putin’s 16-year (and counting) reign at the top of the Russian food chain make him a miracle of the Resistance or a carefully-cultivated puppet for the Machine?

Putin is most definitely a Soviet-made man; having rising to the rank of Lieutenant Colonel in the KGB, then after the KGB became the “FSB”, Boris Yeltsin appointed Putin as Director in July of 1998 where he remained until August of 1999.

Behind both Yeltsin and Putin was a cabal of mostly Jewish billionaires known as “the Family”.  Although one source claims that it was the Family that planned the attacks and war to shore up support for their political proxies, a top member of the Family, Boris Berezovsky, stated from London in 2002 that it was the FSB, which meant that Putin had to at least been aware of the plot. …

In February of 2015, Pravda stated that Putin was poised to release “satellite images” which prove that 9/11 was an inside job.

A year and a half later, the images have not materialized (perhaps it’s because there is no such thing as “satellites”).

It’s not the first time truth-seekers have been played by the great white Russian hope that didn’t materialize. …

In 2012, the Christian Post reported that the Orthodox Church had guaranteed President Putin would step up to protect Christians around the world. …

But the bloodletting of Christians continues unabated. …

As I’ve already reported to you, at length, organized religion is the most deadly weapon used against a healthy Christian Faith.  Slowly, Evangelical Protestants are awakening to this danger and returning to their roots by joining in their homes as the first Christians once did.

In Russia, this is now illegal.

In the Luciferian chess game that is their enslavement of us, each move is calculated and deliberate.

They are happy to sacrifice their own pawns if they can checkmate our freedom by a future move.