“The military is a linchpin for all of society. It is a bastion of traditional values. Former communist David Horowitz recalls that during the ‘60s, radical Leftists determined that if they could destroy the U.S. military, they could destabilize the rest of capitalist America. Two things could accomplish this, they said: Putting women into combat, and opening the armed forces to homosexuality.” ~ Conservative Media Fiddle While the Military Burns, Robert Knight

The degree to which diseased minds accept fantasy (and a perverse fantasy at that) as “reality” never ceases to amaze me.

The push by the radical Left to destroy the American military hit a milestone during the lame-duck session of Congress at the end of 2010.

During that election cycle, the Machine decided to focus its efforts on using the Senate as a control point on power and that is where they were able to have their victories of corruption installing fools like Al Franken on the backs of cartoon characters and dead people.

But they weren’t able to stem the tide of revolt in the House thanks to what Nancy Pelosi and her ilk had done rahmming through outrages like Obamacare, and there were several grass-roots victories where real representatives were elected.

Thanks to compartmentalization, the Luciferian* Elite still had control of the House with puppets like John Boner as Majority Leader.

However, with even the threat of the slightest loss of their death-grip on absolute power, there was still a mad rush to do as much damage as possible as 2010 came to a close.

The Tea Party cavalry was coming. All the GOP had to do was wait.

Instead, they immediately joined hands with their Demonrat comrades and rahmmed homosexuals up the 6 o’clocks of men in the military.

After any election where so many turncoat politicians were about to be flushed, it was considered dangerous to use their dead votes to push through legislation—especially controversial legislation.

But the Machine no-longer fears the American people and that’s just what they did.

Not a single respected warrior in the military (note, I’m not mentioning any Elitist @ss-kissing lackies at the Pentagram) was claiming that allowing open sodomites and bulldykes into the ranks was what troopers desperately needed to be more effective.

Now Barack Obama and all his myriad puppets in uniform are doing even more: finishing the destruction of the military by putting women in every part of it.

Military leaders are ready to begin tearing down the remaining walls that have prevented women from holding thousands of combat and special operations jobs near the front lines.

Under details of the plans obtained by The Associated Press, women could start training as Army Rangers by mid-2015 and as Navy SEALs a year later. ~ Military Plans Would Put Women In Most Combat Jobs, Lolita Baldor

The propaganda and disinformation has been so ubiquitous in Western culture for so long that the vast majority of people outside and even inside the military are accepting this stupidity without the slightest thought.

But one part of reality that is biting them all in the @ss is a massive surge in “sexual harassment” complaints.

It has become such an epidemic that Army Chief of Staff and Barack Obama Special Butt-Buddy Ray Odierno sent out a mass e-mail to everyone in the Army (which Johnny received via one of his sources). 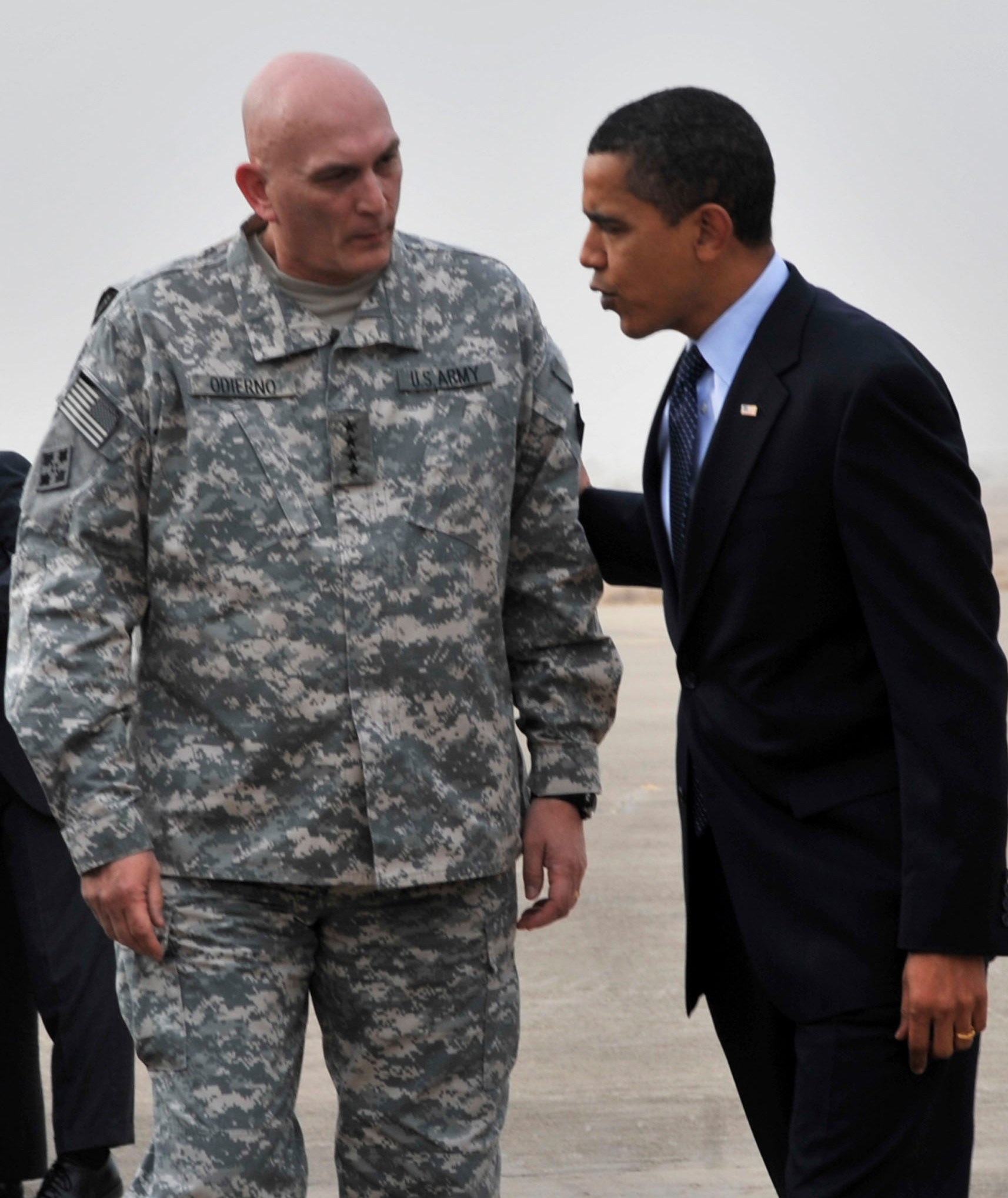 Johnny, I’ve never received an e-mail from General Odierno before so I was shocked when I read what it was about:

Over the last twelve years of war, our Army has demonstrated exceptional competence, courage, and resiliency in adapting to the demands of war and accomplishing the mission. Today, however, the Army is failing in its efforts to combat sexual assault and sexual harassment. It is time we take on the fight against sexual assault and sexual harassment as our primary mission. It is up to every one of us, civilian and Soldier, general officer to private, to solve this problem within our ranks.

The Army is committed to the safety and security of every Soldier, civilian, and family member. Our Army is based on a bedrock of trust – the trust between Soldiers and leaders that we will take care of each other. Recent incidents of sexual assault and sexual harassment demonstrate that we have violated that trust. In fact, these acts violate everything our Army stands for. They are contrary to our Army Values and they must not be tolerated. …

Commanders, non-commissioned officers, and law enforcement must ensure that every allegation of sexual assault and sexual harassment is thoroughly and professionally investigated and that appropriate action is taken.

I don’t know, call me crazy General Chrome Dome, but when you shove women into every crevice of the military (to include the highest levels of humiliating authority) complaints about the genders taking advantage of each other are going to rise a bit, don’t you think…?

Heaven forbid you should grow a pair under all that height (and fat) and tell your Teleprompter-Reader-in-Chief that you can not, in good conscience, support his pissing on the military.

To put these females into the ranks of Army Rangers and Navy SEALs will make the once-feared United States military the laughingstock of the world. Given that they have been the enforcement arm of the New World Order, it would almost be a good thing except the kids doing the fighting and dying (females include) are good kids who deserve better. 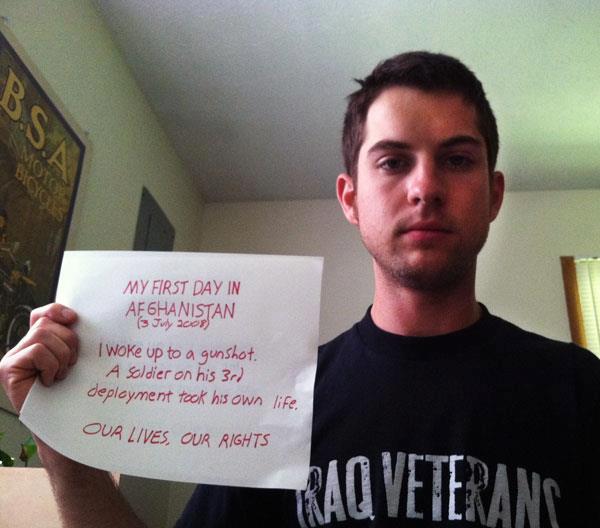 Now, women can fly Special Operations aircraft with their own Amazonian strike teams on board, into harm’s way to maim, kill and destroy (but only for a few days each month).

I’m sure they’re perfectly qualified for the rigors of Special Operations. Just as the Navy’s first female fighter pilot was. Kara Hultgreen was chosen by the Navy brass to “fly jets” whether she was qualified or not—and she was most definitely not qualified. During her flight training at Pensacola, she was leap-frogged above her male counterparts and given special leniency on critical errors that would’ve washed out any normal candidate. She later paid for that special treatment with her life. Hultgreen was killed making a routine carrier landing in broad daylight.

No matter how much the deluded but dutiful fools at the Pentagram try to believe and enforce the ridiculous poison Obama and his lackeys feed them, it still comes back to mock their efforts.

Like the Air Force Lieutenant Colonel who commanded the “Sexual Assault Prevention and Response” unit…until he was caught committing sexual assault.

But that won’t stop the purveyors of perversion from doubling down on their nonsensical suicide course. They won’t stop until every real, God-fearing man of courage and integrity is turned into a castrated metrosexual pansy.

The environment in the military is nothing less than toxic. Commanders everywhere are doing everything they can to find some poor bastard somewhere that told an off color joke.

Barack the Most Sensitive is pushing so hard, in fact, that he’s giving his witch-hunt victims back doors from prosecution as a result of his “undue command influence”. 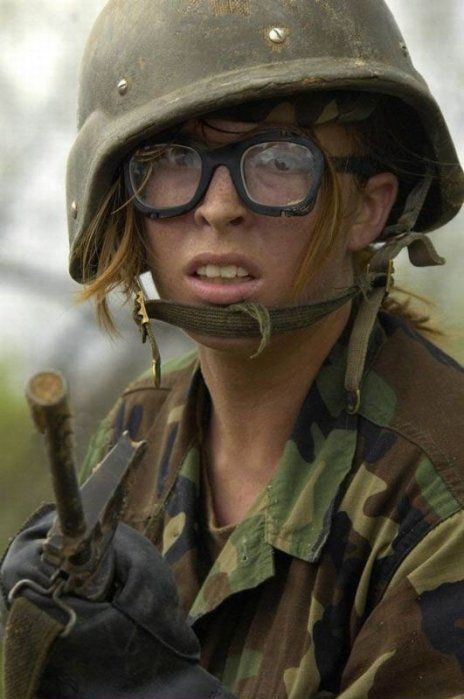 The Army has dispatched teams of sensitivity police to scour every inch of every facility for anything an Amazonian warrioress might find “offensive”. This graphic-content Gestapo will have free reign to make subjective calls on whatever they come across. Thanks to the climate created by the Mama’s Boy in Chief, every jackboot-licker in authority will be bending over backwards (or, rather, forwards) to catch and castigate poor Sergeant Snuffie with his Swimsuit issue.

Personally, I think rigorously inspecting the military workplace for obviously inappropriate material is a good thing. I’ve run a pretty tight ship when it came to “professionalism” in my units.

But these pink swastika-wearing special agents are not looking to increase the level of professionalism and discipline amongst the ranks of real warriors. They are part of a Machine that is working in frenzied efforts to tear America’s military asunder.

And they are succeeding.

FURTHER SICKENING READING (I have hundreds of examples of the gender disintegration of Western society, these are just a few of the latest):

NOT APPROPRIATE FOR AUTHORITY

* “Luciferian” as in “those who serve Lucifer”—some unknowingly, most of their own volition.