* The “May 1996” (still searching for the exact date) interview of Mullis by Gary Null is permeated by Mullis using “examples” or metaphors focused on Rome.

[Not available on Null’s YouTube, taken down?  Mirrored on my Odysee.]

* First question by Null at about 2” [close approximation]—

NULL: Have scientists become our arbiters on what’s right?

MULLIS: Science in a way—it led to the decline of the Protestant Church—

[What he’s trying to say is that the Catholic Church had a comfy niche on nebulous “religion” until the Protestants fucked it up.]

MULLIS: —the Protestants got too involved in history and left themselves open for scientists to come in and debunk [my favorite word] Christianity…

* “Learning Against Learning: MISSION ACCOMPLISHED!”: “Christianity” has been “debunked” by “science”.  If you want to go back and have your “religion”, you might as well be Catholic.

* At about 1:23:xx Mullis regurgitates the propaganda that “science” has nothing to do with “belief”, that “scientists” are “too ornery” to just “believe something”.  In fact, the absolute reverse is true and all the harm that is being done to us comes from “doctors” and “scientists” who have allowed themselves to be in-doc-trinated with lies and bullshit, a.k.a. “scientism”.

MULLIS: You “believe” in something like “God”.  Catholics have sort-of forgotten that so they took a hit from [“]science[”].

* The sense I have is that this section of “user-edited Wikipedia” is pretty accurate.

After receiving his doctorate, Mullis briefly left science to write fiction before accepting the University of Kansas fellowship.[10]  During his postdoctoral work, he managed a bakery for two years.[5]  Mullis returned to science at the encouragement of Berkeley friend and colleague Thomas White, who secured Mullis’ UCSF position and later helped Mullis land a position with the biotechnology company Cetus Corporation of Emeryville, California.[7][5]  Despite little experience in molecular biology, Mullis worked as a DNA chemist at Cetus for seven years, ultimately serving as head of the DNA synthesis lab under White, then the firm’s director of molecular and biological research; it was there, in 1983, that Mullis invented the polymerase chain reaction.[15]

Mullis acquired a reputation for erratic behavior at Cetus, once threatening to bring a gun to work; he also engaged in “frequent lovers’ quarrels” with his then-girlfriend (a fellow chemist at the company) and “nearly came to blows with another scientist” at a staff party.[16]  According to White, “It definitely put me in a tough spot. His behavior was so outrageous that the other scientists thought that the only reason I didn’t fire him outright was that he was a friend of mine.”[17]

After resigning from Cetus in 1986, Mullis served as director of molecular biology for Xytronyx, Inc. in San Diego for two years.  While inventing a UV-sensitive ink at Xytronyx, he became skeptical of the existence of the ozone hole.

Thereafter, Mullis worked intermittently as a consultant for multiple corporations and institutions on nucleic acid chemistry and as an expert witness specializing in DNA profiling.[14][5]  While writing a National Institutes of Health grant progress report on the development of a human immunodeficiency virus (HIV) test for Specialty Labs, he became skeptical that HIV was the cause of acquired immunodeficiency syndrome (AIDS).[18]  In 1992, Mullis founded a business to sell pieces of jewelry containing the amplified DNA of deceased famous people such as Elvis Presley and Marilyn Monroe.[19][20]  That year, he also founded Atomic Tags in La Jolla, California.  The venture sought to develop technology using atomic-force microscopy and bar-coded antibodies tagged with heavy metals to create highly multiplexed, parallel immunoassays. 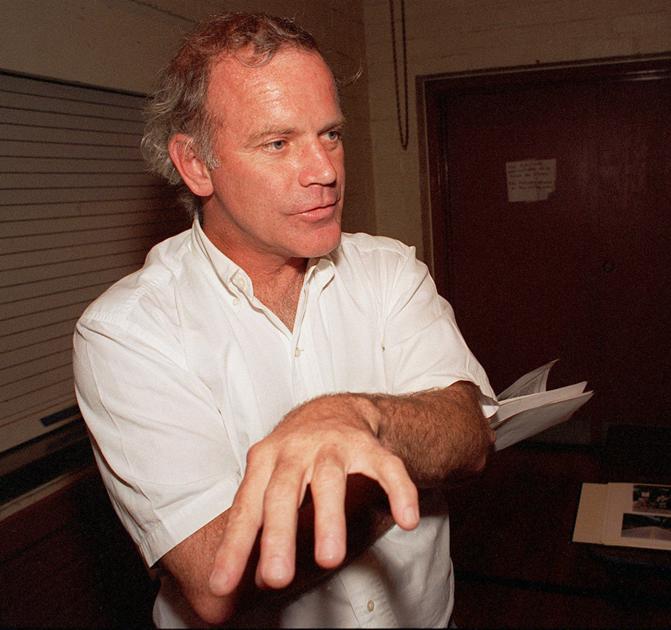 * The “user” who “edited” that last sentence needs to be slapped repeatedly.

* Null said the media had lambasted Mullis for a proclivity towards recreational drug-use and “womanizing” — probably an exaggeration meant to point towards the “erratic” [volatile] “relationships” as opposed to Don Juan working his way through Earvin “Magic” Johnson’s black book.

“If there is anything that I look at as a religion, it’s science.  Things as unreligious as general relativity or Newtonian mechanics or geometry are places from which I draw a lot of inspiration.  When I see something really elegant in science, I get the same kind of feeling as, say, a devout Catholic would feel — it’s a faith in things.”

“There’s something there that makes me feel like I understand who I am.”

How ironic: Einstein’s “theory” that encourages you to ignore your perceptions and have faith that we’re on a giant ball spinning faster than the speed of sound and Newton on the “gravity” which keeps atmosphere from being sucked into space or planes from losing their position in relation to a giant spinning ball helped Mullis “feel like [he] understands who [he] is” just like a Catholic would “feel”.

SIDENOTE: at around 46 minutes, Mullis states that Montagnier and Gallo get a $1 kick-back off of every HIV test.

HOW WE WILL WIN (or start to)

This from Greg the Master of the Graphic Arts:

Restaurant is The Corduroy in Kitsilano, Vancouver

The Facebook post says “support a beautiful hardworking Rebecca mom of 4 children, as she stands up for all British Columbians and Canadians.”

“Google” says The Corduroy is temporarily closed.  A call went unanswered with no voicemail.

Notice the “Virgin Mary” on the wall.

[hat/tip Disciple of the Messiah ]