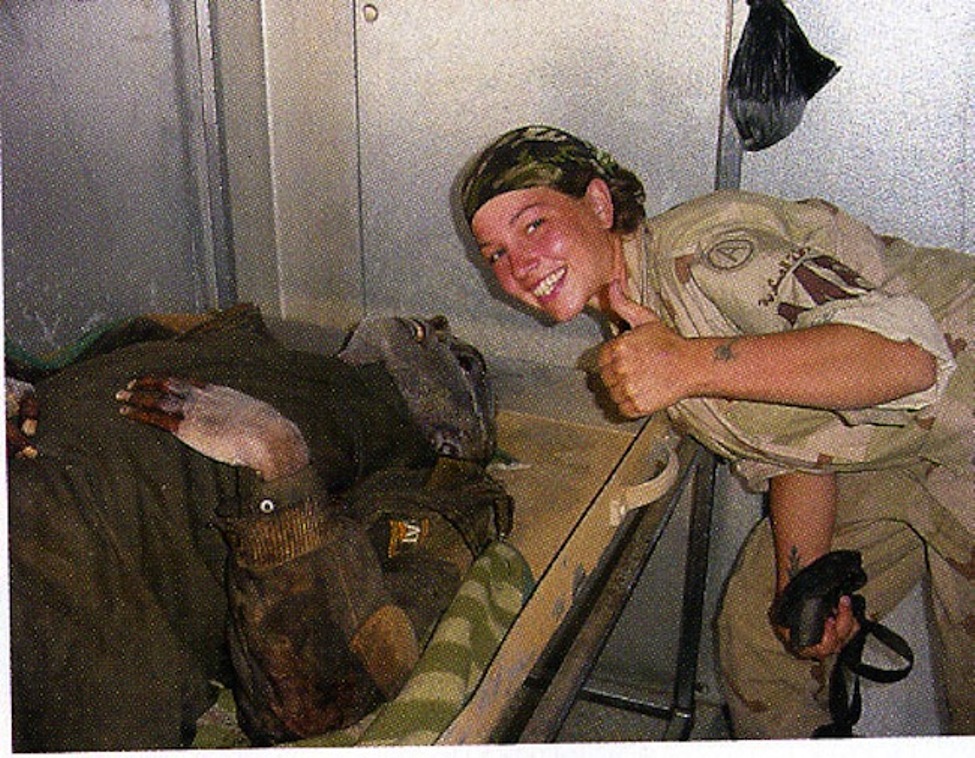 Leftists and Media Milk Abu Ghraib For All It’s Worth

I can’t believe the depth of hatred spewing out of every television and radio. Hatred for America. Glee at the chance to take a mere trifle of an aberration and exploit it over and over and over again. It’s going on 2 weeks now that I’ve been unable to watch or listen to either for more than 10 minutes because the media establishment is that quick to bludgeon the subject again.

We have no one to blame but ourselves. We’ve encouraged those who hate us to stay in this country and prosper—to take over the most vital positions in education, government and mass media. They are the most powerful places from which to indoctrinate.

Amidst the incessant droning about the Abu Ghraib prison abuses, one voice stands out. —The voice of senator Edward Kennedy of Massachusetts (the same state that is leading the way to legalizing homosexual marriage, now with the help of the tyrants in black on the Supreme Court):

This, from the poster child for morals and ethics, the Coward of Chappaquiddick himself—from the drunkard who never met an abortion bill he didn’t like. He is the Batman to John Kerry’s Robin. Massachusetts must be one hell of a state. G-d help us if Kerry wins.

In their orgasmic rush to print new photos, the Boston Globe ran with some that weren’t even real. But that’s OK, what’s a few fake photos depicting American servicemen raping innocent women? John Kerry did it…right?— 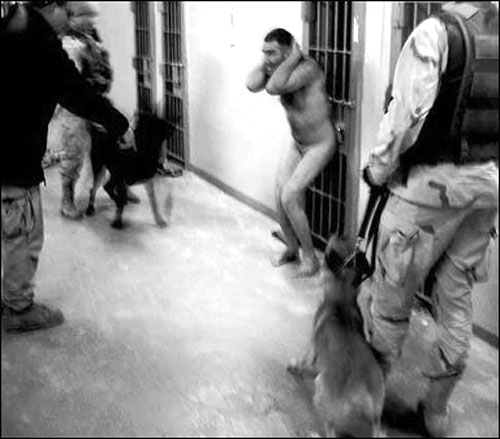 When the roles are reversed, mulisms like the one above prefer drilling through hands, putting out eyes and blow-torching backs. Interrogation of terrorists is an instrumental part of saving both civilian and military lives.

It is standard operating procedure in the camps of the left to take a grain of truth and run to outrageous and unsubstantiated extremes. Or to simply go with an outright lie. One of the icons of the left (though they won’t admit it), Vladimir Lenin, put their strategy best when he said, “A lie told often enough becomes the truth.” This is the modus operandi of the American news media.

What is sad is that it seems that not even the right understands that self destruction is one of the foundations of sin and sin is the master of every leftist. It’s when their desire to destroy themselves bleeds over to their family, their community and their country that we get the agenda the left is driving today.

All of congress was silent until one voice of reason was heard. Senator James Inhofe (R-OK) finally stepped up to strike back—

I’m probably not the only one up at this table that is more outraged by the outrage than we are by the treatment…I am also outraged that we have so many humanitarian do-gooders right now crawling all over these prisons looking for human rights violations, while our troops, our heroes are fighting and dying…If they’re in cellblock 1-A or 1-B, these prisoners, they’re murderers, they’re terrorists, they’re insurgents. Many of them probably have American blood on their hands and here we’re so concerned about the treatment of those individuals.

He was quickly rebuked by the schizophrenic “Republican” from AZ, John McCain.

[McCain] referred ironically to “humanitarian do-gooders” as he asked a panel of military officials whether the United States should have signed the Geneva Convention governing war prisoners. When the officials answered yes, McCain continued in a facetious vein: “Why do you think we should? Because … this keeps us from getting information that may save American lives. This is a restraint by humanitarian do-gooders. Why don’t we just throw them in the trash can and do whatever’s necessary?” McCain said he feared future U.S. prisoners of war could face “very serious consequences” if U.S. forces “somehow convey the impression that we’ve got to do whatever is necessary and humanitarian do-gooders have no place in this arena.”

Thanks to Reuters for that extremely balanced reporting. Reuters also scoured Oklahoma to find this gem—

Cindy Shea, 41, who works in advertising in Edmond, Oklahoma, said of Inhofe’s comments: “I wouldn’t say those are Oklahoma values.”

That kind of “balance” accompanies every leftist comment as well…doesn’t it…?

Why John McCain would say he was concerned about the treatment of American POWs after this scandal is completely beyond reason. There was no humiliation scandal that preceded the torture and abuse he and many others received at the hands of the North Vietnamese. We are the only country in the world that beats itself up to play by the rules. Our enemies have never thought twice about abusing our soldiers and citizens.

It is only be the Grace of G-d that we have won any armed conflict since WWII (and we haven’t done well in many of them). Wars are won by warriors, not by decadent, guilt-ridden pansies.