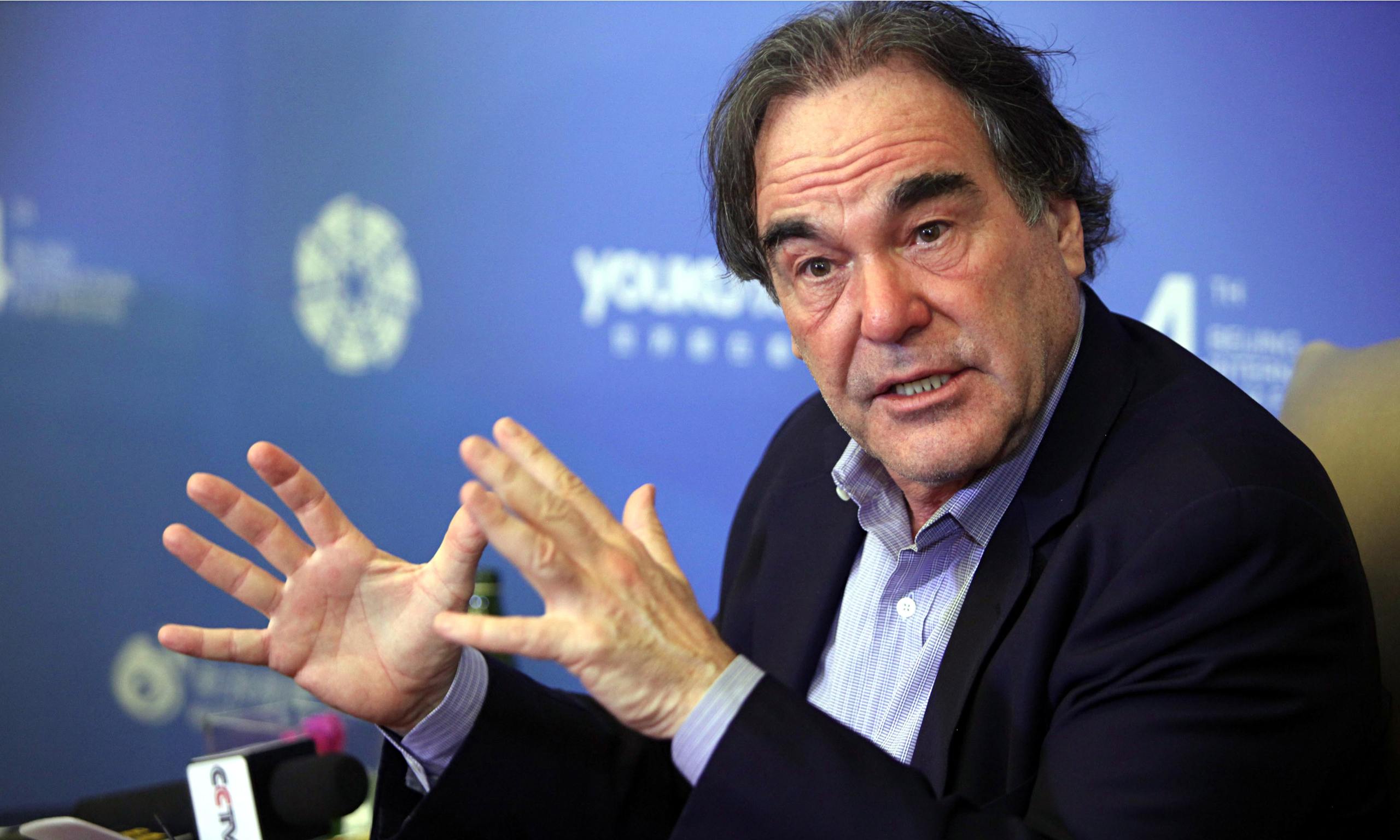 A dear friend corrected me on my latest film review. Seems I had Oliver Stone listed with Capt. Dale Dye, USMC (ret) as both being Marine Corps Infantry. While trying to get the facts straight (Stone was Army, not a Marine) I came across this gem from an ABC News.com article—

“They control culture. They control ideas. And I think the revolt of Sept. 11 was about ‘[Bleep] you! [Bleep] your order,’” Stone is quoted as saying by the New Yorker.

Incensed fellow panelist Christopher Hitchens, a columnist for Vanity Fair and The Nation, responded, “Excuse me? Revolt? It was state-sponsored mass murder, using civilians as missiles.” Later, Hitchens said: “To say that this attack in any way resembles the French Revolution means you are a moral idiot, as well as an intellectual idiot. The man has completely lost it.” Although Hitchens is a flaming atheist, he’s right on here.

Why do people who hate this country so much still live here?! GET OUT.

Better yet, why do people who hate this country so much have so much power in the arena of shaping opinions?! From Hollywood to mass media to education, the anti-American/anti-Christians reign supreme.

At least until our L-rd returns (or I make president).

Look for my upcoming article on who is really to blame for September 11th.