In many ways this movie was a refreshing departure from the usual Hollywood fare. I was tempted to give it a special additional rating for just that.

The story is basically about a cattle outfit of 4 men—a cantankerous boss named…”Boss” (Robert Duvall), a reserved uncouth-yet-principled foreman in the best tradition of Zane Grey (Kevin Costner), a large lovable cowhand (Abraham Benrubi) and an impetuous apprentice (Diego Luna)—as they try to drive their herd to the big pay-off.

The movie starts off amazingly slow as far as “action” goes, yet I was not bored with the build-up. There was a level of authenticity that was very honest. Robert Duvall is smooth as satin in his role—with his talent and experience, no surprise there. And his character provides some of the best throw-back phrases and sayings (the wife enjoyed those).

What surprised me about Costner was his appearance. He’s either losing his hair and kept the look for the movie or used a wig for that purpose. The fact that he wasn’t perfect-looking added greatly to the feel of real people. 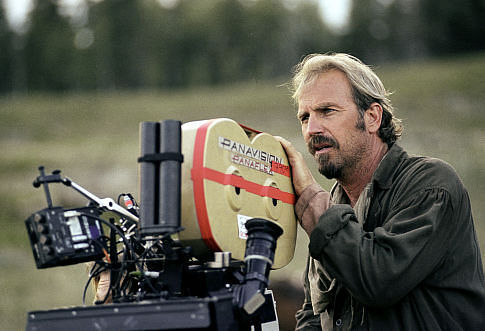 The same can be said of Annette Bening as the love interest—she had a perfect mix of plain-yet-pretty to look like a real person and not a “supermodel”.

Speaking of “love interest”, that was one of the most tasteful aspects of the movie. It was an extremely slow build-up between Bening’s character and Costner’s. It was refreshingly reserved, even “prudish” and that, too, lent to a sense of 1880 reality. That aspect may even make me more fond of the movie over time.

As I said before, the movie has an extremely slow build-up. It don’t start with killin’s left end raght (but there are plenty towards the end). There is a logical progression from intimidation, through show-downs through Benrubi’s lovable “Mose” getting killed and Luna’s “Button” getting clubbed and shot. After that, the gloves are off!

Even then, Costner and Duvall do not run into town and shoot everything up. There’s a build-up there, as well (which is logical if you can think of “real” gunplay—no real person is eager to kill or be killed). One of the best scenes in the movie comes out as Costner’s character unfolds. We find that he has a past of killing and this is done with subtlety so that when he finally gives “Boss” a knowledgeable guess on how the battle will take place it’s exciting.

Part of the build-up to the climactic gun battle is “Button” and his long recover from his wounds. This, however, points towards one of the reality detractors for me—during the final battle, both “Charlie” and “Boss” are wounded yet the effects of those wounds are barely acknowledged verses poor old Button spending ¾ of the movie laid out from his wounds.

Another minor disappointment was how Bening’s character “Sue” reacted to a couple of things. First, Charlie tries to dissuade their being together because he is a past and near-future killer, but Sue is completely indifferent to it. Of course if the character went off on a typical Hollywood righteous tirade (I’m thinking of the annoying woman in John Wayne’s The Sons of Katie Elder) about how evil “guns” are, I would’ve been really turned off. But I think some kind of mildly negative reaction was warranted. Something like, “Charlie I don’t approve of killing but I know you feel lead to do this and I’ll be waiting for you.”

And again, after the battle, Charlie gets shot and Sue doesn’t attend to him in the slightest! Instead she goes back to caring for Button who has collapsed from his previous wounds. It was in stark contrast to all of the hard work done to build up the sense of realism.

Lastly, my only other anti-realism gripe comes from the conspicuous absence of “religion” in the movie. Charlie gives an honest, heartfelt prayer over the grave of Mose but apart from that, nothing from the rest of the movie. Of course, not every small western town was a religious one but both history and comparison to today’s Midwest prove that the L-rd was an important part of everyday life.

The movie is rated “R” for violence and I can tell you that is the only reason for the rating. The rest of the character interplay is masterfully done (vice my few minor issues). It is a “Kevin Costner” film, Costner directs and co-produces it. My impression of old Kevin is that he leans left (yet I admit to not having done extensive research on the man), but fortunately not too much of that comes out. In fact, the courting interplay is a great highpoint for the movie and a shocking departure from Hollywood lust.

It’s a solid 6.5 (worth seeing even if you go to an expensive theater) and I may come back later and boost it further after it grows on me some more. 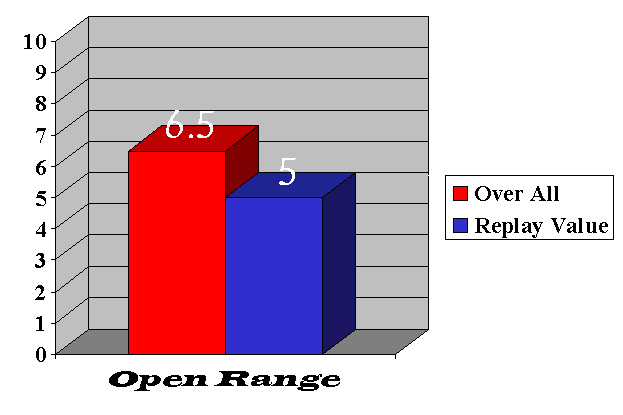