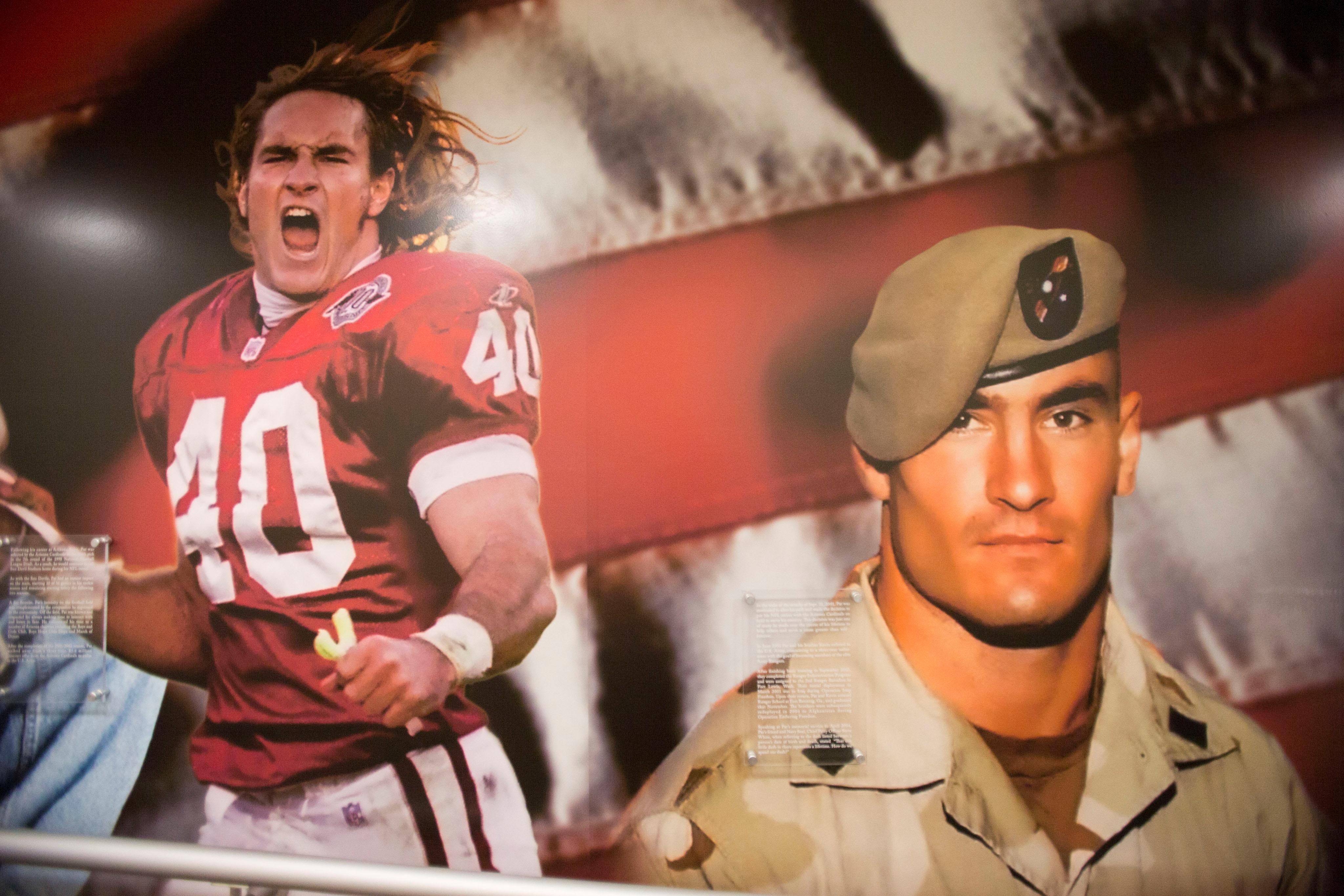 When Pat Tillman left his $3.6 million contract behind, renouncing his job as defensive back for the Arizona Cardinals in favor of joining the Army (along with his brother, Kevin) in response to the terrorist attacks of Sept. 11th, I barely caught the story and paid only a passing acknowledgment.

But when I found out that Pat had given his life for his country, I felt a sick sadness that stayed with me all day. The kind of sick, sadness that implied I had just lost someone close to me. It was hard to explain. It’s the same feeling someone has gotten with each and every announcement like it (sadly, there have been a few).

In the wake of that disturbing announcement, I received a confirmation of a different kind. It is the confirmation that Islam isn’t a simple religion equal to Christianity, it is the new enemy of this nation. It breeds hatred and death.

There is no difference between what the media calls “moderates” and “radicals”. Those who practice Islam at all levels feel a kindred spirit with those who murder innocents and soldiers with bombs and then mutilate and desecrate their bodies like trophies at a soccer game.

Two days ago CNN reported, “five suicide car bombings near police facilities in and around the city of Basra killed at least 68 Iraqis—including 18 schoolchildren”. Then, in amazement, I read—

Basra, which is a relatively quiet region of Iraq, is under the control of British coalition forces…Crowds threw stones at the coalition forces as they were trying to reach the sites of the blasts, a British military source told CNN.

Why? —Because the terrorists are their kindred no matter what they do. Even when muslims murder their own, it is considered necessary to eradicate the “western devils”—

Iran’s former president, Hashemi Rafsanjani, says he would accept the suicide of even 10% of Muslims in a nuclear war to wipe Israel off the map. Algeria’s president, Abdelaziz Bouteflika, has described the bombers as “innocent blossoms of martyrdom.” Ghazi Algosaibi, Saudi Arabia’s ambassador in London and also a poet, has praised the human bombs as a model for Muslim youth in an ode. Ismail Abushanab, the Hamas leader in Gaza, says that 10,000 Palestinians should die while killing 100,000 Israelis as part of a strategy to “put the Jews on the run.” And Saddam Hussein says the suicide bombers are “reviving Islam.”

Abortion is the most despicable evil allowed in the United States today. The most innocent of life is mutilated in the most horrendous fashion. Tiny infants are burned alive with saline solution or ripped limb from limb or pulled out of the womb to have their tiny necks and heads torn open while they are still alive.

The more you delve into the issue, the more sleepless your nights become. And yet, each and every time a Christian murders an abortion doctor or bombs an abortion clinic, the entire Christian community rises up to condemn the action.

Not so with Islam and the murderous actions of its depraved children. The western media establishment spends infinite amounts of time claiming “the Quran does not condone terror” and that those who commit such acts are “radicals”. There is nothing to substantiate this.

All that can be heard is the deafening silence of the Islamic community worldwide.