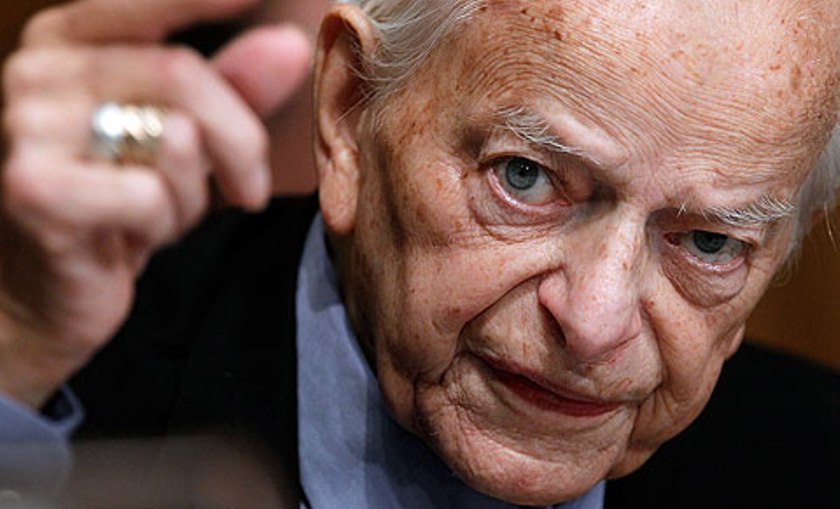 Sen. Robert Byrd (D-WV) managed to cast his 17,000th vote today. What an incredible achievement. The 86 year-old leftist has spent an astounding forty five years bleeding the taxpayer for a living. First elected in 1958, he has served seven consecutive 6 year terms. What a blasphemous insult to the ideal the Founders had in mind—

In free governments the rulers are the servants, and the people their superiors and sovereigns. For the former, therefore, to return among the latter is not to degrade, but to promote them. ~ Benjamin Franklin

Representatives ought to return home and mix with the people [so as not to] acquire the habits of the seat of government, which might differ from those of their Constituents. ~ Roger Sherman, (Connecticut), served in the Continental Congress (1774-81 and 1783-84) and member of the committees that drafted the Declaration of Independence and the Articles of Confederation.

If the principle of rotation [term limits] be a sound one…no pretext should ever be permitted to dispense with it, because there never will be a time when real difficulties will not exist and furnish a plausible pretext for dispensation. ~ Thomas Jefferson

Seems that ain’t a-ghittin teached in the woods of West ‘Ginny where they jus’ keep a-puttin’ ole Byrdie in again and again. Ya’ see, the folks of WV don’t mind none if their senators spend a little time in the KKK as long as they do penance by spending 45 years pandering and catering to radical left-wing causes.

Back in 2002, Senate Majority Leader Trent Lott (R-MS) stuck his foot in his mouth by just nicking the subject of race at a birthday celebration for a retiring colleague and was forced to step down from his position thanks to the hysteria of indignation thrown out by minority leftists and covered incessantly by the media establishment.

They seemed to have missed Sen. Byrd’s taped interview of March 2001, where he said, “My old mom told me, ‘Robert, you can’t go to heaven if you hate anybody.’ We practice that. There are white niggers. I’ve seen a lot of white niggers in my time…”

I guess we can overlook Byrd’s racism because he’s an equal-opportunity bigot. Dan Rather missed that one like Rosie O’Donnell walking down a grocery aisle full of Slim-Fast.

In 2002, Senator Lott made a speech complimenting retiring Sen. Strom Thurmond, (R-SC), during his 100th birthday celebration by saying that, had he become president when he ran in 1948, he would’ve been a great one. Unfortunately for Lott, Thurmond was a segregationist then. Lott was drummed right out of his Majority Leader position thanks to the handmaid of the Democrat party—the entire media establishment—that treated the gaff as if Lott had said, “I sure miss the good ole days when we could lynch black folk whenever we wanted.”

Today it was deja-vu all over again but this time the parties were reversed and the minority/media hackles were eerily missing. Sen. Christopher Dodd (D-CT) decided it was his turn to blubber over Sen. Byrd and went on and on about how the good Senator would’ve been the “right man” at “any time” in American history—”You would have been right at the founding of this country, right during the Civil War”…

Right as a white sheet, Chris.

The outrage has been deafening. Can you hear it? The outrage? Isn’t it deafening? Isn’t it?? 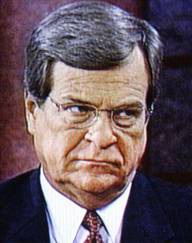 UPDATE, June 19, 2007: Do you remember how thoroughly voices on the Right ran to Trent Lott’s aid during his 2002 attack of the mouth-runs? Lott decided to repay his allies by denigrating them because they should have the nerve to be animated and active fighting against the illegal immigrant amnesty bill George Bush, John McCain and Teddy Kennedy are trying so desperately to revive in the Senate. It would seem that Lott, too, is frothing at the bit to destroy what’s left of America’s borders, language and culture and he doesn’t like it that his base has mobilized against him using talk radio as the medium to spread the warning.

Lott told the New York Times, “Talk radio is running America. We have to deal with that problem.”

He also told the Washington Post, “I’m sure senators on both sides of the aisle are being pounded by these talk-radio people who don’t even know what’s in the bill…[the] leadership will have to be prepared to do what needs to be done.”

Let’s take it a bit further. What is Trent Lott’s background? He has spent a lifetime in politics. His first job was an administrative assistant to House Rules Committee chairman William Colmer, also of Pascagoula, MS back in 1968! Colmer—a Democrat and a segregationist—ended his 40-year career of bleeding the taxpayers as a life-long politician by retiring in 1972. When he stepped down, Lott stepped right up into that 5th District seat. Despite having changed his party affiliation from Democrat to Republican, Lott won handily (receiving Colmer’s resounding endorsement). I can’t prove it but they probably gave each other the insider’s handshake—from one good ole boy ruling elitist to another.

In 1988, Democrat Senator John Stennis announced his retirement after a 42-year career as a taxpayer bloodsucker. Smelling the opportunity to insulate himself from the voter even more, Lott jumped at the chance to go from Representative (up for re-election every two years) to Senator (up for re-election every six years). Again he won and that’s where he’s been ever since. Trent Lott, like 98.5% of everyone else in Washington DC, couldn’t work a real job if his very life depended on it.

Can we at least count on Lott’s patriotism? While Lott attended Law school, he received a student deferment from the Viet Nam draft. Before he graduated in 1967, he married Patricia Thompson of Pascagoula and then got a hardship exemption to the draft because of the birth of their first child, Chester. It doesn’t seem like he was in as big a hurry to lay his life on the line for his country as he was to tap in to the gravy-train of life as a political insider.

All we can count on is that Trent Lott is cut from the same cloth as Ted Kennedy, John McCain and George W. Bush: members of the oligarchy elite who only care enough about you to con you into keeping them in power. They may pretend to care about what’s right for America but the truth is their personal ambition drives everything they do. If it threatens their power—like John and Mary Smith learning from talk radio their country is getting sold out to Mexico and getting hopping mad because of it—well that’s just a problem he’ll have to deal with.