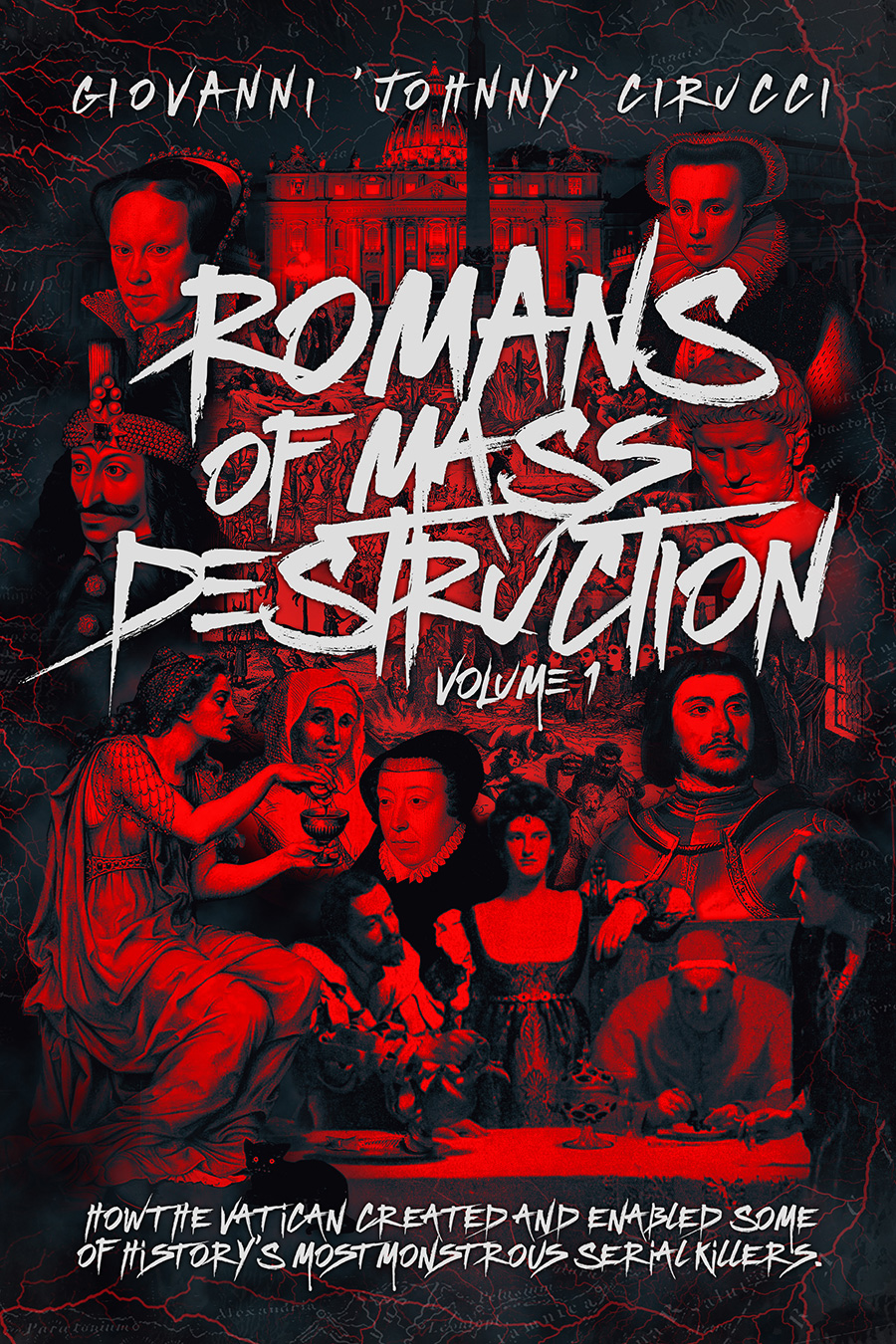 How the Vatican created and enabled some of
history’s most monstrous serial killers.

Only the author of Eaters of Children could bring you this historical sequel.

Throughout history, a Satanic Elite or “lone wolf” serial killers have preyed upon the innocent.

But what you haven’t been told is that they have all been created and / or enabled by the most powerful and malignant entity that has ever existed to do what they did.

Most of the information has been either erased or buried.  Some of it has been allowed to surface but only after being twisted, obscured and made unrecognizable from the actual truth.

Giovanni “Johnny” Cirucci brings you the real stories; the blood-curdling history that you shouldn’t know but need to.

Johnny covers this and much, much more in his latest blockbuster exposé—

How the Vatican created and enabled
some of history’s most monstrous serial killers.

“From Vlad the Impaler to black magician and serial child killer Gilles de Rais to sex trafficker Jeffrey Epstein, Johnny Cirucci connects the legion of heresies and horrors committed by adherents to the Catholic Church in his book Romans of Mass Destruction. As with his other books, Mass Destruction contains substantial amounts of referenced historical knowledge, addressing such subjects as the foundations of Islam to the Templars knights to the Catholic secret society Opus Dei. If you want to see the profound impact the Catholic Church and its doctrines have had upon many of the human monsters of history, read Romans of Mass Destruction!”

“The moment you realize that the elite of politics like George Bush and Barack Obama and even Hollywood celebrities like Brad Pitt and Tom Hanks are all related to psychopath, Vlad the Impaler, otherwise known as Dracula, you know you have to reassess how the world works. Johnny Cirucci lays it out in clear fashion and you won't believe where all roads lead!”

“Johnny Cirucci is an impressively detailed researcher who always takes his readers to deep, albeit sometimes, uncomfortable places. Not one to shy away from wherever the research leads, he's as true to form here as ever. Enjoy the ride!”

“Many people will tell you all roads lead to Rome. only Johnny actually follows the breadcrumbs to prove it with concise details and facts of names places and dates. Johnny takes his dedicated research where no one else dares to go, right to the source of Rome, Vatican, and the Jesuits.”