Salvation: The Free Gift That Must Be Won

Note: some capitalization has been added to all Translations to correct lack of respect and provide clarity, to denote something that is unique.

“Once Saved, always Saved” is a doctrine that is as pernicious as it is dangerous.  It assures Christians that they are not responsible for a daily Walk with Christ, to live out our relationship with Him.  Those who fall for it are encouraged to do nothing for the One who did everything for us.

It is a lie that may very well cost you your soul.

Yes, Salvation is a free Gift:

For by Grace you have been Saved through faith, and that not of yourselves; it is the Gift of God, not of works, lest anyone should boast. ~ Ephesians 2:8-9, New King James Version

—but it is a Gift that is delivered upon completion of your Earthly assignment.  Those who accept Salvation must maintain it through severe trials, perhaps even terrible death:

“Behold, I send you out as sheep in the midst of wolves; so be shrewd as serpents and innocent as doves.  But beware of men, for they will hand you over to the courts and scourge you in their synagogues; and you will even be brought before governors and kings for My Sake, as a Testimony to them and to the Gentiles.  But when they hand you over, do not worry about how or what you are to say; for it will be given you in that hour what you are to say.  For it is not you who speak, but it is the Spirit of your Father who speaks in you.”

“Brother will betray brother to death, and a father his child; and children will rise up against parents and cause them to be put to death.  You will be hated by all because of My Name, but it is the one who has endured to the end who will be Saved.” ~ Matthew 10: 16-22, NASB

Now as He sat on the Mount of Olives, the disciples came to Him privately, saying, “Tell us, when will these things be?  And what will be the Sign of Your coming, and of the end of the age?”

And Jesus answered and said to them: “Take heed that no one deceives you.  For many will come in My Name, saying, ‘I am the Christ,’ and will deceive many.  And you will hear of wars and rumors of wars.  See that you are not troubled; for all these things must come to pass, but the end is not yet.  For nation will rise against nation, and kingdom against kingdom.  And there will be famines, pestilences, and earthquakes in various places.  All these are the beginning of sorrows.”

“Then they will deliver you up to tribulation and kill you, and you will be hated by all nations for My Name’s Sake.  And then many will be offended, will betray one another, and will hate one another.  Then many false prophets will rise up and deceive many.  And because lawlessness will abound, the love of many will grow cold.  But he who endures to the end shall be saved.” ~ Matthew 24:3-13, NKJV

So think clearly and exercise self-control.  Look forward to the Gracious Salvation that will come to you when Jesus Christ is revealed to the world. ~ I Peter 1:13, New Living Translation (other translations say only “grace” but there is more clarity in this “parallel”!)

Therefore, holy brethren, partakers of the Heavenly Calling, consider the Apostle and High Priest of our confession, Christ Jesus, who was faithful to Him who appointed Him, as Moses also was faithful in all His House.  For this One has been counted worthy of more glory than Moses, inasmuch as He who built the house has more honor than the house.  For every house is built by someone, but He who built all things is God.  And Moses indeed was faithful in all His House as a servant, for a Testimony of those things which would be spoken afterward, but Christ as a Son over His Own House, whose House we are if we hold fast the confidence and the rejoicing of the Hope firm to the end. ~ Hebrews 3:1-6, NKJV

“To the angel of the church in Ephesus write:”

“The One who holds the seven stars in His Right Hand, the One who walks among the seven golden lampstands, says this:”

“‘I know your deeds and your toil and perseverance, and that you cannot tolerate evil men, and you put to the test those who call themselves apostles, and they are not, and you found them to be false; and you have perseverance and have endured for My Name’s Sake, and have not grown weary.  But I have this against you, that you have left your first love.  Therefore remember from where you have fallen, and repent and do the deeds you did at first; or else I am coming to you and will remove your lampstand out of its place—unless you repent.  Yet this you do have, that you hate the deeds of the Nicolaitans, which I also hate.  He who has an ear, let him hear what the Spirit says to the churches.  To him who overcomes, I will grant to eat of the Tree of Life which is in the Paradise of God.’” ~ Revelation 2:1-7

“‘He who has an ear, let him hear what the Spirit says to the churches.  He who overcomes will not be hurt by the Second Death.’” ~ Revelation 2:11, New American Standard Bible

“‘He who has an ear, let him hear what the Spirit says to the churches.  To him who overcomes, to him I will give some of the Hidden Manna, and I will give him a White Stone, and a new name written on the Stone which no one knows but he who receives it.’” ~ Revelation 2:17, New American Standard Bible

“And he who overcomes, and keeps My works until the end, to him I will give power over the nations—”

“‘He shall rule them with a rod of iron; They shall be dashed to pieces like the potter’s vessels’—as I also have received from My Father; and I will give him the morning star.” ~ Revelation 2:26-28, New King James Version

“He who overcomes will thus be clothed in white garments; and I will not erase his name from the Book of Life, and I will confess his name before My Father and before His angels.” ~ Revelation 3:5, New American Standard Bible

“He who overcomes, I will grant to him to sit down with Me on My Throne, as I also overcame and sat down with My Father on His Throne.” ~ Revelation 3:21, New American Standard Bible

Although this appears to be a reward for accomplishments, it is related to the keeping of Salvation (not earning it) by remaining faithful through terrible persecution.

Then I saw an angel coming down from Heaven, having the key to the Bottomless Pit and a great chain in his hand.  He laid hold of the Dragon, that serpent of old, who is the Devil and Satan, and bound him for a thousand years; and he cast him into the Bottomless Pit, and shut him up, and set a seal on him, so that he should deceive the nations no more till the thousand years were finished.  But after these things he must be released for a little while.

And I saw thrones, and they sat on them, and judgment was committed to them.  Then I saw the souls of those who had been beheaded for their witness to Jesus and for the Word of God, who had not worshiped the Beast or his image, and had not received his Mark on their foreheads or on their hands.  And they lived and reigned with Christ for a thousand years.  But the rest of the dead did not live again until the thousand years were finished.  This is the First Resurrection.  Blessed and holy is he who has part in the First Resurrection.  Over such the Second Death has no power, but they shall be priests of God and of Christ, and shall reign with Him a thousand years. ~ Revelation 20:1-6, NKJV

“He who overcomes will inherit these things, and (B)I will be his God and he will be My son.” ~ Revelation 21:7, New American Standard Bible

“I Am the True Vine, and My Father is the Vinedresser.  Every branch in Me that does not bear fruit He takes away; and every branch that bears fruit He prunes, that it may bear more fruit.  You are already clean because of the word which I have spoken to you.  Abide in Me, and I in you.  As the branch cannot bear fruit of itself, unless it abides in the vine, neither can you, unless you abide in Me.”

“I Am the Vine, you are the branches.  He who abides in Me, and I in him, bears much fruit; for without Me you can do nothing.  If anyone does not abide in Me, he is cast out as a branch and is withered; and they gather them and throw them into the fire, and they are burned.” ~ John 15:1-5, New King James Version

What does it profit, my brethren, if someone says he has faith but does not have works?  Can faith save him?  If a brother or sister is naked and destitute of daily food, and one of you says to them, “Depart in peace, be warmed and filled,” but you do not give them the things which are needed for the body, what does it profit?  Thus also faith by itself, if it does not have works, is dead.

But someone will say, “You have faith, and I have works.”  Show me your faith without your works, and I will show you my faith by my works.  You believe that there is one God.  You do well.  Even the demons believe—and tremble!  But do you want to know, O foolish man, that faith without works is dead?  Was not Abraham our father justified by works when he offered Isaac his son on the altar?  Do you see that faith was working together with his works, and by works faith was made perfect?  And the Scripture was fulfilled which says, “Abraham believed God, and it was accounted to him for righteousness.”  And he was called the Friend of God.  You see then that a man is justified by works, and not by faith only.

Likewise, was not Rahab the harlot also justified by works when she received the messengers and sent them out another way?

For as the body without the spirit is dead, so faith without works is dead also. ~ James 2:14-26, New King James Version 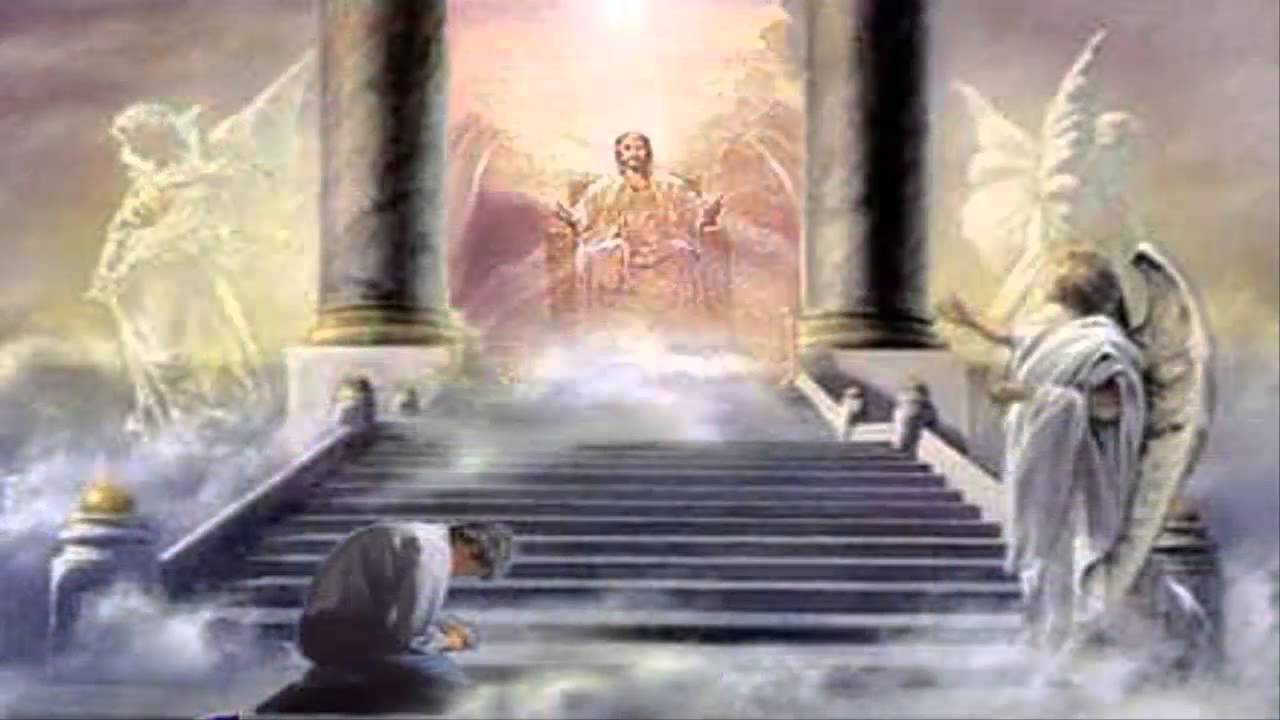