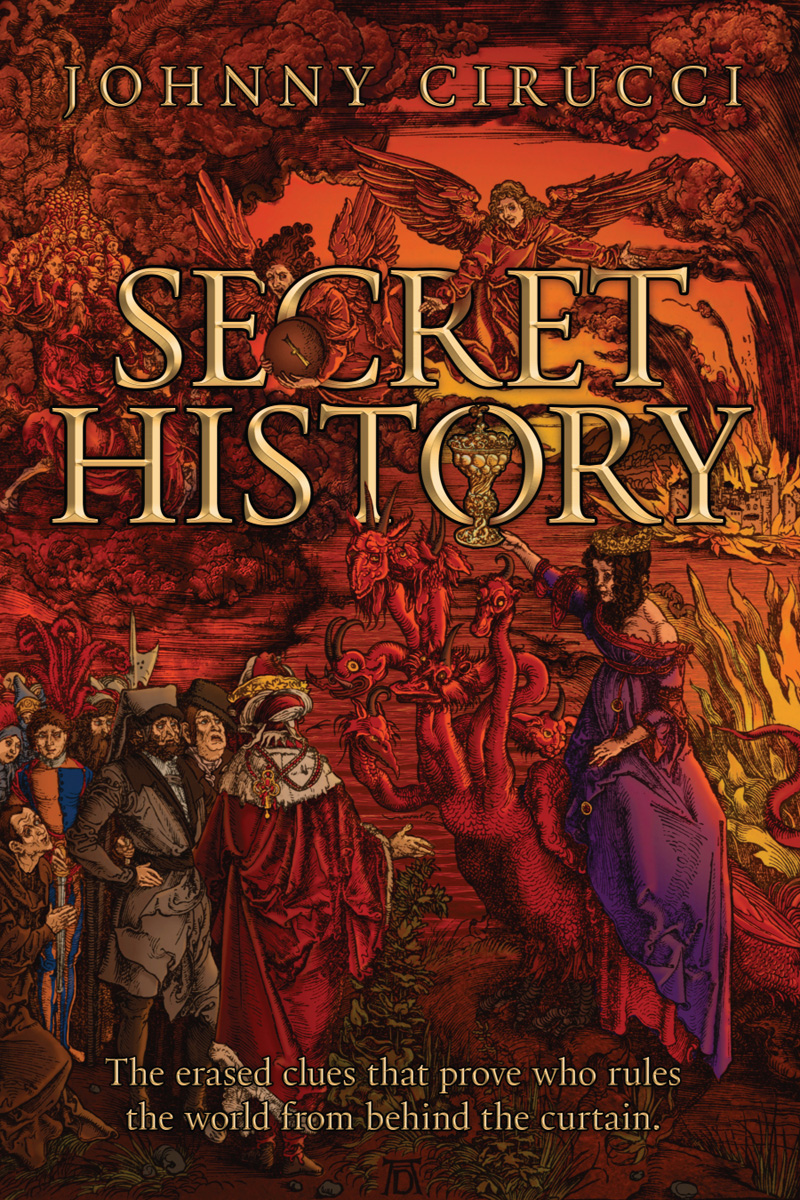 The erased clues that prove who rules the world from behind the curtain.

“Italics suspended!”  Johnny Cirucci has done it again.  After unmasking the Illuminati in his first book Illuminati Unmasked, Johnny returns to give the full background leading up to Illuminati in a way only he and his dogged research skills could present.

““All the world wondered after the beast” (Revelation 13:3, KJV), predicts God’s Word. Do you know who the beast is? Johnny Cirucci does. Read his book carefully. Be enlightened. Avoid delusion. Stand for truth."”

“Johnny Cirucci has done it again. His long awaited sequel to The Illuminati Unmasked is Secret History. For those familiar with Cirucci’s writing style, there will be a warm embrace of familiarity. Cirucci is not one to dance around truth nor does he sugar coat what his research reveals. For those just discovering Johnny’s work, there will be a transition period from, “What? Is this guy nuts?” to “Man this guy has done his homework. How could I not of seen this before?” One thing readers of Cirucci’s book Secret History will not be is uninformed. The next move is up to the reader but understand this; you will never look at the world in the same way after reading Secret History. ”

“The depth of Johnny Circucci’s research never fails to impresses. He has an amazing skill for deep level research, and a clear ability to methodically walk the reader through all the evidence he’s unearthed in great detail. He’s a man on a mission, as he continues to makes his case for who really resides in the capstone of the power pyramid, and how they’ve carefully crafted a world of lies around you.”

“Johnny Cirucci has done more to expose the Catholic cult and its impact on world politics than any living writer I know. ”