The Catholic Roots of America’s Needless War with Russia

The premise of my book, Illuminati Unmasked, is not an easy one to swallow.

America has been infiltrated by emissaries of the anti-Christ, the Whore who wields the power of Mystery Babylon, since her inception.

They have repeatedly weakend, attacked and subverted what made America great—the brilliance of her Constitution and the moral, disciplined Protestant Work Ethic of her stout Middle Class—at every turn.

She has used assassination, psychological operations, murder, mayhem and disinformation.

She has co-opted every single foundation of power in America: every critical political position, the judiciary, the media, entertainment, the military, banking and (worst of all) America’s treasonous, out-of-control Intelligence apparatus.

As my book explains via 2,000 citations: the Carroll family gave America the lie of “religious tolerance” that has killed our culture and they instituted the epicenter of Papal control over Washington DC—Jesuit Georgetown University; the Surratt family were the Catholic assassins behind the Lincoln assassination, the Dulles family were behind the importation of Nazism to the U.S., the quagmires of Cuba and Vietnam and the vicious slaughter and broad-daylight coup of the Kennedy assassination.

Communism was a curse invented by the Jesuits via their “Reduction” settlements in South America. They chose as their puppet German Jew Karl Marx while under their care in Trier. They used it to wage war against their hated enemies, the Romanovs, who had evicted the Jesuits in 1820. A Jesuit priest by the name of Iosif Vissarionovich Dzhugashvili was chosen from Georgia to turn Russia into a totalitarian nightmare. He would later change his name to Joseph Stalin.

They have carefully played both Russians and Americans against each other ever since, cashing in (literally) on the resulting bloodshed. They used their infiltrators and subversives in America to counter the Nazi-given technological advances with self-destructive leadership and policy decisions (e.g. Kennedy threatened resolution to Vietnam and was eliminated).

The Soviet Union collapsed, but rather than allow a new climate of peace and co-operation to ensue, tremendous discord has been instilled. Organs like the European Union and the North Atlantic Treaty Organization have been used to increase the “Strategy of Containment” dreamed up by Papal agents like Zbigniew Brzezinski—thought by Russian Intelligence to have been behind the election of Polish Cardinal Karol Józef Wojtyła to the Papacy to become “Pope John Paul II”.

A literal Crusade continues to target Orthodox Russia on her very doorstep utilizing a CIA/Nazi/Catholic influence in Slavic Ukraine, the birthplace of both nations.

The Orthodox Church is heavily infiltrated with Jesuits and Jesuit agents like “Brother Nathanael”. It is the Left Leg of the terrible statue the Prophet Daniel saw in Nebuchadnezzar’s dream, with Rome being the Right Leg. It is almost as hampered by humanistic and pagan religious traditions as Rome is. But through it, a mighty thing has happened; the good Russian people are living their Christian values and this does not sit well with the Luciferian Elite that runs and rules the West (through the Vatican).

If you haven’t read my book, let me give you a reason to: his name is Colonel Ihor Hordiychuk.

Hordiychuk is an “officer of the Main Command Center of the General Staff of Ukraine”, prepared for that position at the United States Army War College in Carlisle, Pennsylvania.

As the media pretends to inform you of the “debate” whether or not the traitors in the United States government should fuel the conflagration in Ukraine by supplying weapons, uniformed American soldiers are already there in Ukraine. They are slyly labeled as “advisors” lest any American citizen become outraged over their military becoming needlessly involved in a conflict that will only harm them.

As they poured in, Colonel Hordiychuk was there to greet them as the “Head of the Ukrainian International Military Cooperation Department”.

At the Battle of Savur-Mohyla, Hordiychuk received a grievous wound to the back of his head during a mortar attack. According to a web site promoting Hordiychuk as a great hero of the Crusade against Russia in Ukraine, regular Russian paratroopers followed the indirect fire. Somehow, they failed to live up to their reputation for eating babies and raping the livestock, and humanely handed this extremely valuable prisoner back over to the Ukrainian military (but only because they believed he wasn’t going to make it).

Colonel Hordiychuk was immediately taken to a Ukrainian hospital where he was personally decorated by Chocolate mogul and billionaire oligarch, President Petro Poroshenko who, according to an official U.S. cable released by Wikileaks, was a Washington “inside man” at least since 2006.

There he was met by the Pope’s new, Republican-approved Secretary of Defense, Ashton Carter. 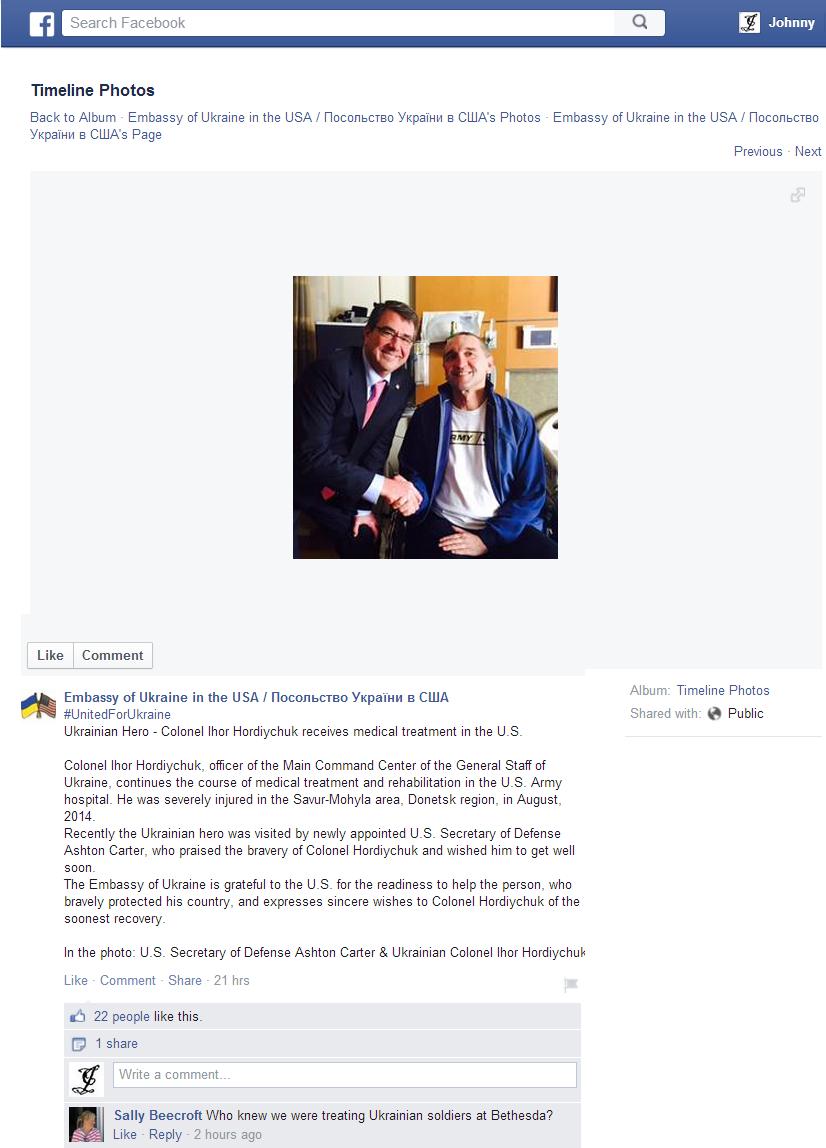 How did he rate this kind of care? —He’s a dedicated Polish-speaking Catholic!

In fact, during his convalescence in Mary-land, he was taken all the way to Ohio for mass at St. Andrew Ukrainian Catholic Church. 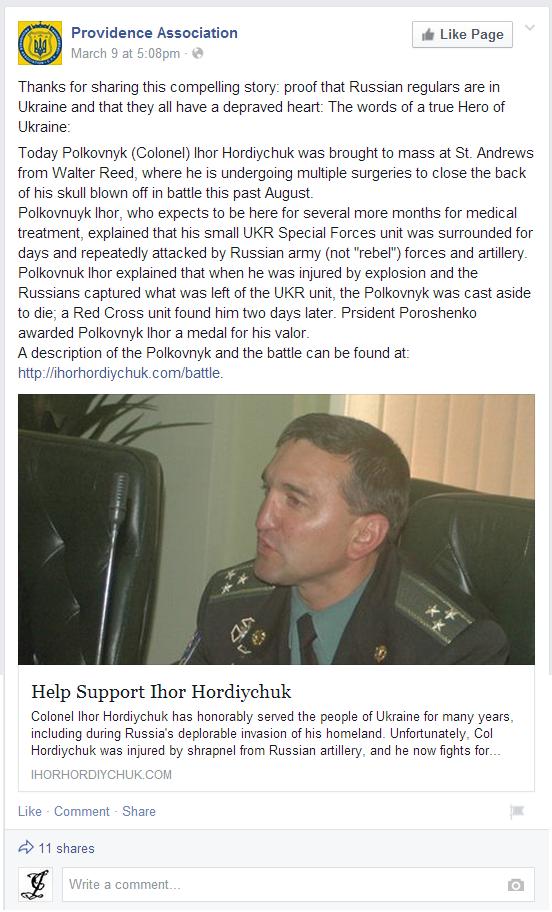 Have you met Ashton Carter?

He’s the man “Communist muslim” Barack Obama chose to replace Chuck Hagel as the United States Secretary of Defense. He was educated at St. John’s, Oxford, the Counter-Reformation College.

Hagel took over for Leon Panetta. Panetta shocked everyone when “Communist muslim” Barack Obama resurrected him from the Clinton graveyard to be both Director of the CIA and Secretary of Defense.

Panetta was educated at Santa Clara, the “Jesuit College of the Silicon Valley”.

For a Communist muslim Barack sure does like Jesuit-trained Catholics all around him. Why, even his Vice President is a Catholic who runs to defend Jesuit Pope Francis when he shocks people with radical Leftist sentiments.

I’m starting to get very unpopular amongst people I thought were on my side.