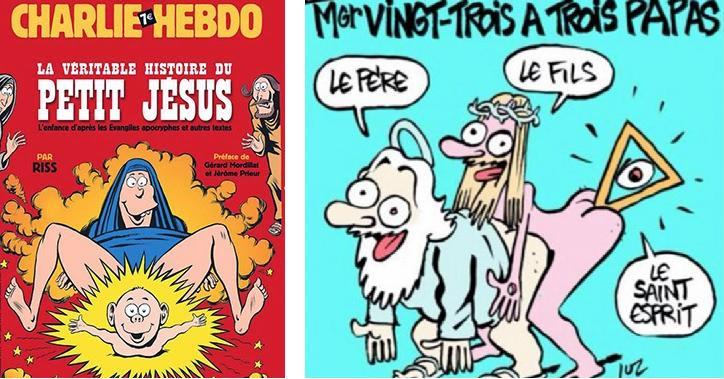 During the attack, the gunmen shouted “Allahu akbar” (“God is great” in Arabic) and also “the Prophet is avenged”.[50][58] President François Hollande described it as a “terrorist attack of the most extreme barbarity”.[59] The two gunmen were identified as Saïd Kouachi and Chérif Kouachi, French Muslim brothers of Algerian descent.[60][61][62][63][64] ~ Charlie Hebdo > 2015 Attack, Wikipedia

Immediately, Western governments from France through Europe to the United States jumped to ratchet up their already out-of-control militarized “law enforcement”. 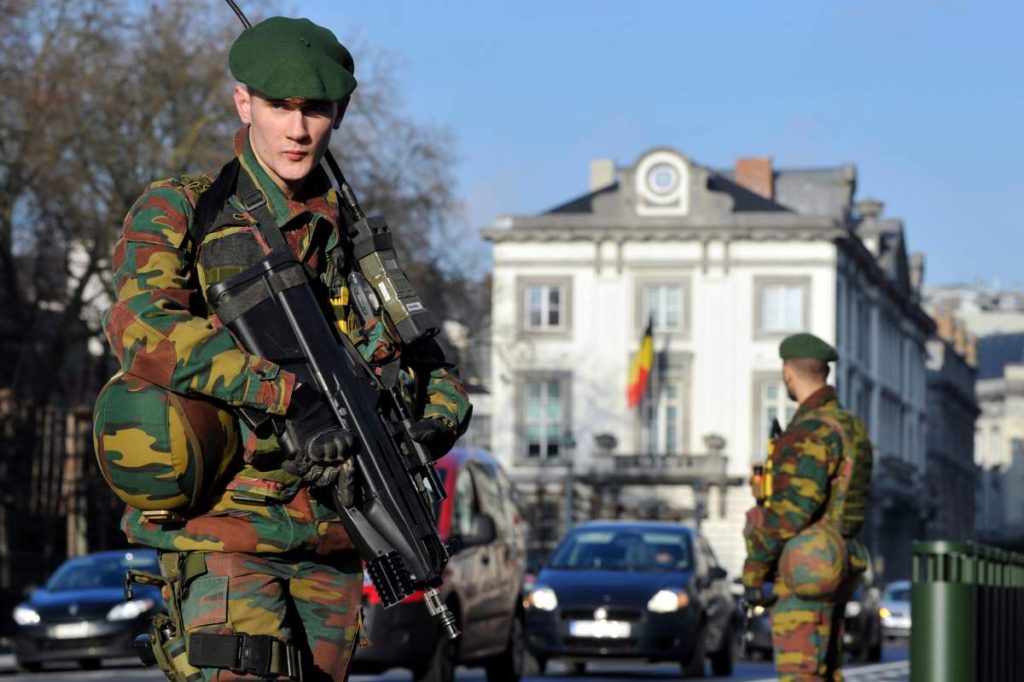 The “North American Aerospace Defense Command” filled the skies over Washington with expensive aircraft to keep citizens familiar with seeing military hardware bearing down on them.  Exactly what threat they were countering was left to the imagination. 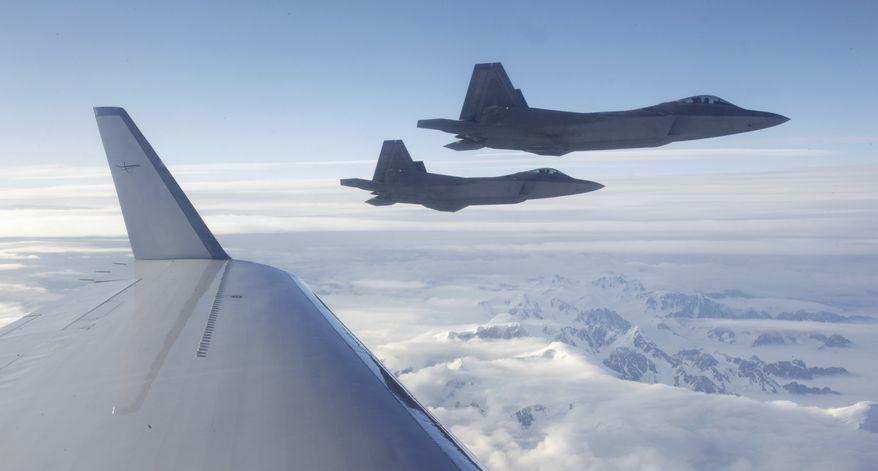 The North American Aerospace Defense Command (NORAD) will conduct a series of training flights over Washington this week in order to test its response capability to possible air threats.

NORAD has conducted similar exercises throughout the nation and Canada as part of its response to the Sept. 11, 2001, attacks.

The exercises come less than two weeks after the terror attacks in Paris, where 12 people were gunned down at the Charlie Hebdo magazine offices and four Jews were killed at a kosher supermarket. ~ NORAD conducting exercises this week in Washington, D.C., area, Washington Times*

Late Thursday, President Barack Obama visited the French embassy in Washington, where he signed a book of condolences for the massacre. “As allies across the centuries, we stand united with our French brothers to ensure that justice is done and our way of life is defended,” his inscription reads. “We go forward together knowing that terror is no match for freedom and ideals we stand for — ideals that light the world. Vive la France!” ~ What We Know About the Charlie Hebdo Attack, Day Two, Foreign Policy

In the wake of the “carnage” Western politicians, including their newest, addition, Ukrainian President Petro Poroshenko, joined hands in the streets of Paris to proclaim “solidarity” behind a failed, offensive magazine. 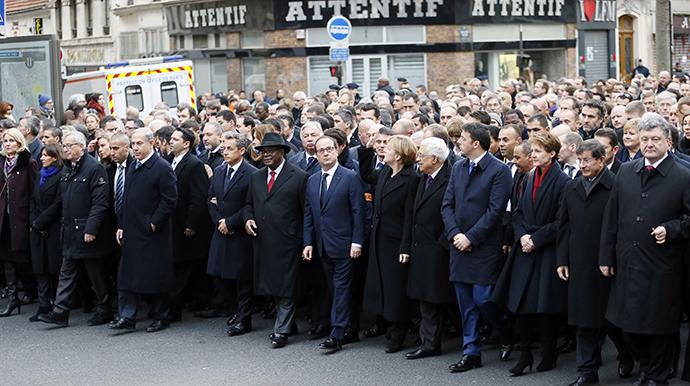 Israel’s Prime Minister Benjamin “Bibi” Netanyahu wasn’t invited but showed up anyway and immediately jumped into the “crowd” where he was warmly welcomed.

France’s Communist Left represented by her sitting “Socialist” President François Hollande, reached across the impenetrable gulf of their differences with the “Right” represented by former President Nicolas Sarkozy and his “Union for a Popular Movement” Party.

Sadly, the “far right” (“far right” as in the controlled opposition answer to a treasonous invasion of legal and illegal aliens) and Marine Le Pen’s National Front was uninvited. 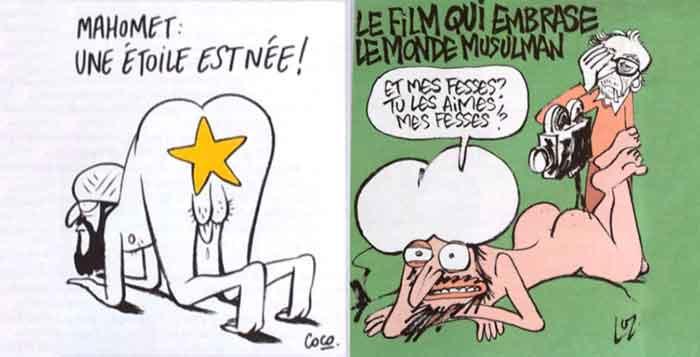 The magazine was equally as depraved toward Christians and Jesus Christ.

Although they were just about to be forced out of business, the attack saw them break publishing records on their next issue. How did the small-time operation so quickly find the funds to pump out so much garbage on such short notice? They got a French government loan.

From the beginning, real information began to show just how manufactured the whole event was. 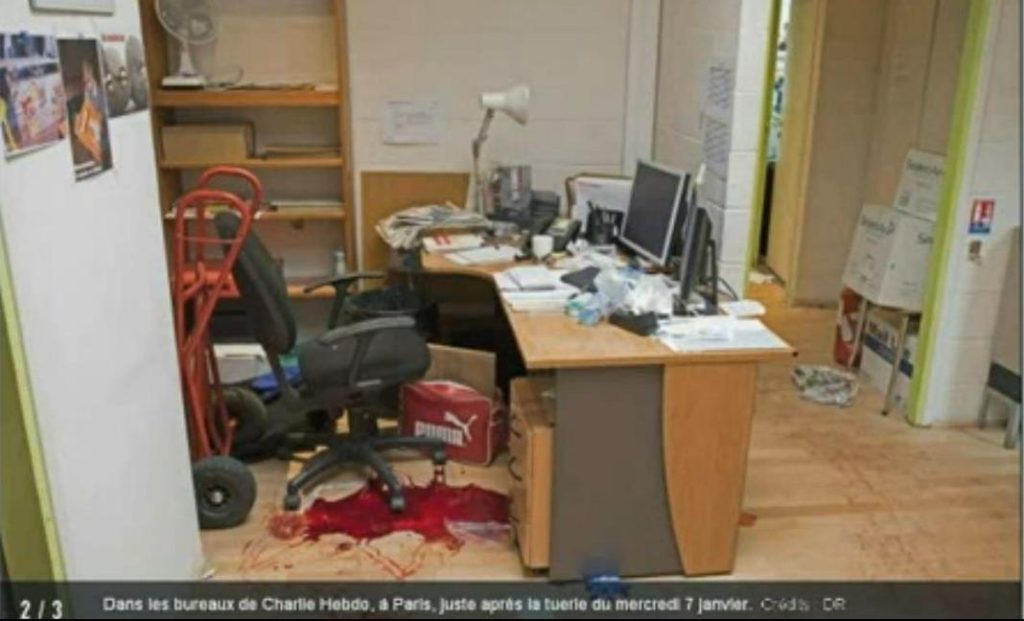 Suspect Said Kouachi left his personal ID conveniently sitting on the seat of an abandoned getaway car. This was as amazingly helpful as American investigators finding the passport of Saudi 9/11 hijacker Satan Suqami in the vaporized mess that was the World Trade Center buildings shortly after they fell.

Kouachi supposedly trained with 2009 Christmas underwear bomber Umar Farouk Abdulmutallab. This was particularly fortuitous as Northwest Flight 253 passenger Kurt Haskell, along with his wife, was shocked to see Abdulmutallab escorted on the plane without identification by a U.S. State Department official.

The Charlie Hebdo suspects were fully on the radar of “Intelligence”. Kouachi brothers associate Amedy Coulibaly was arrested back in 2010. In fact, suspects were being monitored and followed right up until the “shooting”.

This process was depicted extremely well in the 2011 sleeper movie The Veteran. The real job of “Intelligence” is to monitor future terrorists to insure their feasibility as patsies.

Following the shooting, mass media pushed the story of supposed fem fatale Hayat Boumeddiene, wife of terrorist Amedy Coulibaly (and possibly an Intelligence insider and handler) who disappeared to their terror training ground. Her new location was an important focus in Western dominoes; Syria.

Perhaps the best example of terror theater was the video of an “execution” of Paris police officer Ahmed Merabet who laid helpless and unarmed in the street while a terrorist shot him in the head. Merabet is (was) also Muslim.

The headshot, however, produced no splattering or tissue from a high-powered assault rifle** at point-blank range.

The response from French law enforcement was less than impressive.

One crime scene investigator seemed far more interested in what was on his smartphone than finding clues to how his brethren were gunned down by an organized terrorist group.

The female partner (unidentified by media) of “executed” officer Merabet, seemed to have a hard time keeping a straight face while recounting the horror of watching her co-worker get executed.

Paris Police-Person Cracks Up Over Brutal Execution of Her Partner

The Kouachis would not be brought to trial, however, as authorities cornered and killed them …or so we’re told.  This has the important effect of not examining the attack in a court of law.

Alternative media host Alex Jones greatly disappointed his audience by backing the official story and adding the ludicrous claim that one of the terrorists shot an RPG in the Charlie Hebdo office building.

Jones further betrayed his audience by giving an interview with Olivia Nuzzi of The Daily Beast where he humiliated his own audience who were expecting him to address the many discrepancies in the official story .

“It’s become a whole faux, fake controversy. It becomes one of these conspiracy theories,” Jones told me by phone Tuesday evening. “They love whodunnit ‘Clue’ games, so everyone can now debate it. It’s not an issue—and the police officer is dead.”

Nudging conspiracy theorists into a paranoid tizzy is the grainy footage of a gunman approaching Merabet, already wounded on the ground, and shooting him. The bullet, they say, doesn’t appear to actually hit him. …

Mike Piccione, a gun expert who writes for The Daily Caller , told The Daily Beast that “the video assumes a square hit to the head which would be devastating and obvious. Absent of a square hit a grazing hit scan still be fatal without the dramatic evidence of blood and lurching body. There does appear to be a very slight discoloration in the video at the time of the shot indicating some blood followed the bullet.”

[Note how the Sandy Hook false flag needed to be bolstered.]

These types of conspiracies seem to irk Jones and company, who believe it hurts their brand (which they see as being all about healthy skepticism.) …

Paul Joseph Watson, an editor at Infowars, told me via email that the shooting-deniers have been going after him.

“I have been bombarded with messages from people calling me a ‘shill’ for not agreeing that the entire sequence of events was staged by crisis actors. … I was also attacked by these same people for asserting that the NYPD murders last month did in fact really happen.”

“I’m happy to draw the ire of these people because I firmly believe that legitimate cover-ups are being obscured by the ‘everything is a hoax’ crowd. Genuine skepticism about government malfeasance is being discredited by these people.”

Watson himself posted a video to YouTube which discussed the shooting denialism. His video, he says, was inexplicably and repeatedly removed from the video-sharing platform.

Of course, the ‘it’s a hoax’ crowd isn’t the only group of conspiracy theorists coming out of the woodwork to annoy the public with their ideas regarding the Charlie Hebdo attack.

The International Business Times India ran a story suggesting the Israeli spy agency Mossad might have had something to do with it (they have since retracted it).

Lifenews.ru, a Russian publication, claimed that “American ‘curators’ are behind the events in Paris.”

~ The Charlie Hebdo Conspiracy Too Crazy Even for Alex Jones, The Daily Beast

When the fuck will liberals understand that aggressively condemning Islamic extremism is not Islamophobia? #CharlieHebdo #JeSuisCharlie

Jones was recently skewered in his hypocrisy and buffoonish schtick by the YouTube channel RedSilverJ.

Truth seekers should keep in mind when they run to InfoWars for the facts surrounding any Western “mass shooting”.

* The Washington Times seized up my computer with spam.  So much for mainstream media.
** A true “assault rifle” is capable of automatic fire and these are only available to the very wealthy in America thanks to the inversely-named “Firearm Owners Protection Act” signed by Ronald Wilson Reagan in 1986.