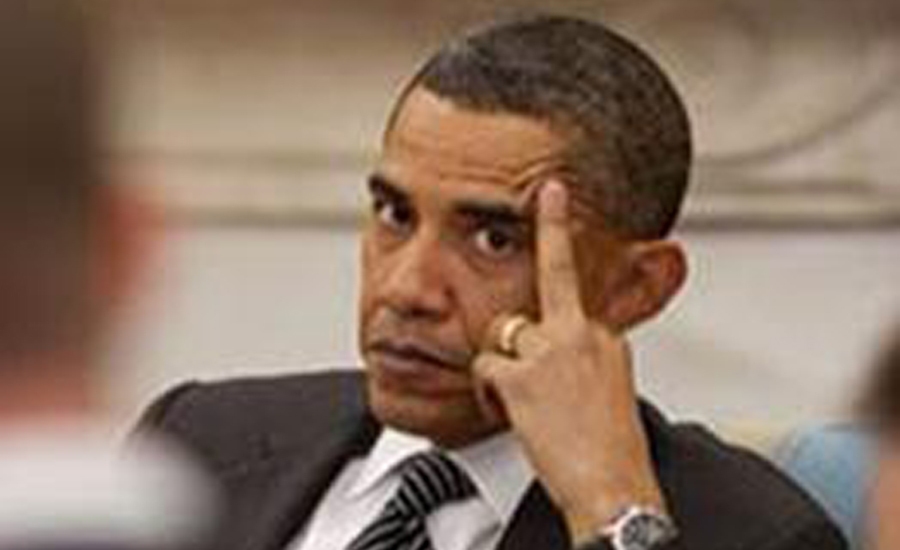 The Pathology of Barack Hussein Obama

Barack Obama has many Israelis and perhaps even a few Americans saying, “What the hell?!”

On Monday (8 June, 2009), Obama spoke on the phone with Israeli Prime Minister Benjamin Netanyahu. While he did, he made himself thoroughly at home in the most powerful office in the world by putting his feet up on the historic, several thousand dollar Oval Office desk.

But was it more than just Obama’s “hubris” and disdain for America that prompted him to act this way? Certainly Israelis thought so. Some Israelis considered it an insult aimed at both them and their PM.(1) 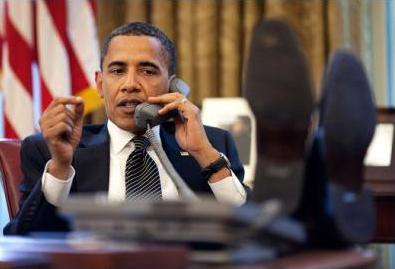 Now, what does an obscure muslim tradition have to do with Barack Hussein Obama?

Well, it seems that all of the effort the news media (you remember them, they’re the people entrusted with giving as much information as possible to Americans so that they can make the best decisions they can about their futures) put into painting Barack Hussein Obama as a “Christian” are now being altered to emphasize a different background.

On his latest good-will tour through muslim lands (also known as “The Hate America Tour, II”), Obama has rediscovered his latent muslimness.(2)

Hidden deep down in that messianic psyche are the memories of Quranic studies at the Jakartan maddrassa he attended as a child.(3)

Hiding in that god-like character are the memories of a flighty communist-sympathizing mother (Ann Dunham) who dumped him off to his “racist” grandmother and the emotional turmoil of a life with multiple step-relations through multiple living arrangements.(4, 5)

Buried below the royal dark skin are the lessons learned at the feet of his radical Marxist mentor Frank Marshall Davis while he was living in Hawaii.(6)

Incognito in his brilliant law-professor mind are the wonderful memories of standing behind 60’s hate-America terrorist and Leftist radical Bill Ayers while Ayers wrote Obama’s memoirs for him, or of the wonderful party Ayers held for his puppet to launch his political career.(7, 8) 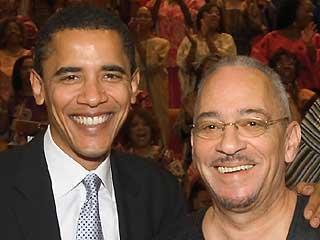 And could the memories of 20 years of church services under the careful, loving tutelage of the Right Reverend Jeremiah Wright, stay beyond the sight of his mind’s eye for very long? I mean, who could forget such pearls of wisdom as;

* “Black men turning on black men – that is fighting the wrong enemy. You both are the primary targets in an oppressive society that sees both of you as a dangerous threat.” (10)

* Wright told a moderator at the National Press club, in response to the question if Jesus Christ is the only Way to Salvation, and will muslims be Saved, Wright quoted Christ’s Own Words (perhaps the ultimate blasphemy) to say respectively, “No” and “Yes”. (11)

* “We took Africans from their country to build our way of ease and kept them enslaved and living in fear.” (14)

* “The government gives them the drugs, builds bigger prisons, passes a three strike law, and then wants us to sing God Bless America. No, no, no! Not God bless America, God damn America. That’s in the Bible, for killing innocent people. God damn America for treating her citizens as less than human. God damn America for as long as she acts like she is God and she is supreme. The United States government has failed the vast majority of her citizens of African descent. Think about this, think about this. For every one Oprah, a billionaire, you’ve got 5 million blacks who out of work. For every one Colin Powell, a millionaire, you’ve got 10 million blacks who cannot read. For every one Condoskeeza [sic] Rice, you’ve got 1 million in prison.” (15)

Sadly, it seems that the Right Reverend Wright is experiencing some frustration when it comes to vital correspondence like warning the president of an upcoming “World Conference on Racism” and made the statement “Them Jews aren’t going to let him talk to me.”. (16)

So these are the sum parts that make up Barack Hussein Obama. What they create is a man driven by hatred and anger.

How does this anger manifest itself? —In surprising ways, actually.

While at a “Steak Fry” for the very worthwhile cause of drumming support for the great Sen. Tom Harkin (D-Iowa), Obama was seen making a special point not to place his hand over his heart for the U.S. National Anthem. Even more shocking is that Leftists Hillary Clinton and Bill Richardson are the ones showing him the right thing to do. (17) 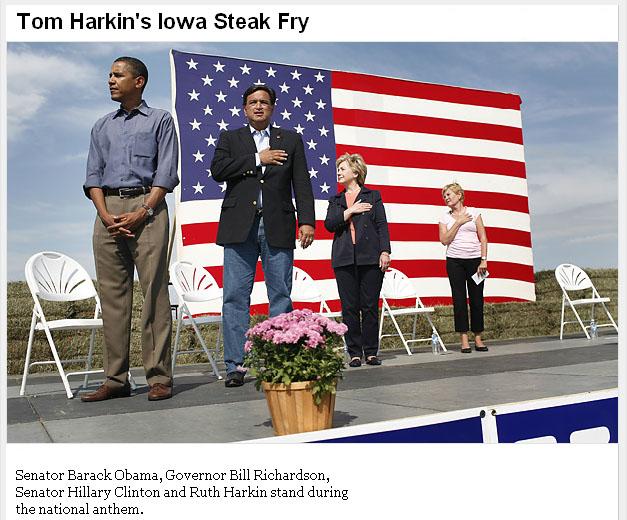 While on the campaign trail, he gave a vulgar gesture to both Hillary Clinton and John McCain. (18) 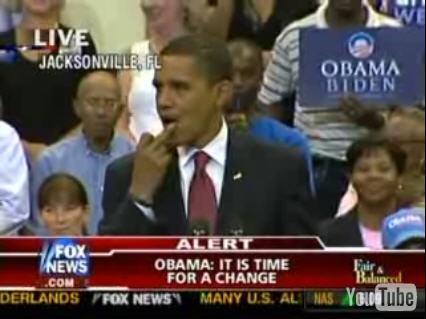 Such is the pathology of the man now steering the most powerful country in the world.

So ask yourself, again, does he have a hidden message for Israeli Prime Minister Netanyahu?

Perhaps more importantly, and more frighteningly; what is his message for anyone foolish enough to love and cherish the United States of America?

(2) Obama Renews Openness About His Muslim Roots Ahead of Egypt Speech, FOXNews.com, June 03, 2009