The story of Patrick Daniel Tillman is well known to America; how he had been a first-string Safety for the Arizona Cardinals1 and turned down a multi-million dollar contract extension in order to enlist in the Army and fight the “Global War on Terror”.

Although Tillman wanted to go to Afghanistan and find CIA asset Osama bin Laden (who claimed he had nothing to do with 9/11), he was instead sent to Iraq where he witnessed indiscriminate bombing of civilians that angered him against the “War on Terror”. 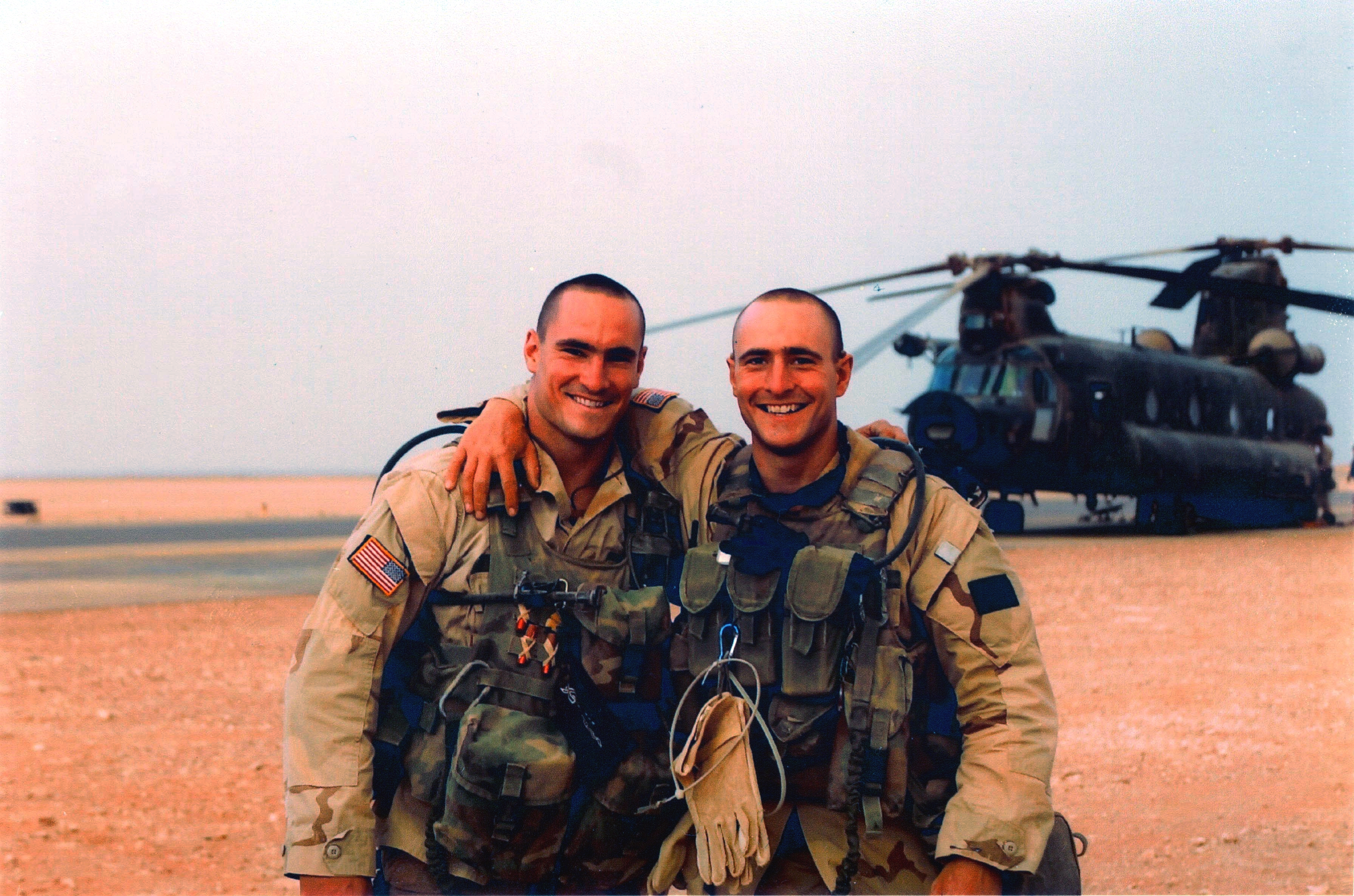 As an Army Counter-Intelligence officer recently confirmed for me, this was part of the ongoing effort to fabricate a non-existent enemy.

* Osama bin Laden was also on the FBI payroll.
* Supposedly the FBI’s bin Laden “contact” was able to thwart an attack on a Los Angeles Masonic Lodge, but was unable to prevent 9/11.
* A specially-chartered Bush Administration aircraft quietly and secretly ushered over two dozen bin Laden family members and their entourage safely back to Saudi Arabia a week after 9/11.  Although the information was released by perennial far-Left New Jersey Democrat Senator Frank Lautenberg, despite its sensational nature, he thought it best not to push the issue.
* Although bin Laden nephew Omar was suspected of being a terrorist operative, the FBI directly escorted him from America to Saudi Arabia.2

Also shortly after 9/11, American citizen and reputed al Qaeda leader Anwar al Awlaki was reported to have visited the Pentagon.

The Scimitar is being wielded against Americans by the Company at Langley under the Company of Loyola.  The CIA is attacking the enemies of Rome.

In Christian, Conservative Oklahoma City, an ex-convict calling himself “Jah’Keem Yisrael”, was released from prison early (where he became a proselyte of the “Religion of Peace”).  His real name was Alton Nolen and he cut off the head of 50 year old grandmother Colleen Hufford where the two worked at Vaughn Foods.1745

As Jah’Keem Yisrael was in the process of attempting to behead a second victim, Vaughn CEO Mark Vaughn grabbed his privately-owned firearm and wounded the killer.1746

It is, after all, Oklahoma.

The Federal Bureau of Obfuscation was quick to state that, just like the slaughter of 14 soldiers and civilians at Fort Hood by a man who shouted “Allhu Akbar!” with each pull of the trigger1747, Jah’Keem Yisrael’s jihad was not an act of “terrorism”.1748

The fact that United States Army Major Nidal Hasan was in frequent communication with senior al Qaeda recruiter Anwar al-Awlaki did not make headlines.  They were both closely monitored by the FBI but agents “dropped the ball” yet again and Americans died because of the “miscue”.

Last Thursday, as the jury in the trial of Nidal Hasan was deliberating, outgoing FBI Director Robert Mueller appeared on CBS News and discussed a string of emails between the Fort Hood shooter and Anwar al-Awlaki, a radical Islamic cleric with ties to the 9/11 hijackers.  The FBI had intercepted the messages starting almost a year before Hasan’s 2009 shooting rampage, and Mueller was asked whether “the bureau dropped the ball” by failing to act on this information.  He didn’t blink: “No, I think, given the context of the discussions and the situation that the agents and the analysts were looking at, they took appropriate steps.” ~ Mariah Blake, Mother Jones1749

Few people knew that Anwar al-Awlaki was an American, born in New Mexico, who had a mosque very conveniently located in Falls Church, Virginia, just a few minutes from Washington, DC, the Pentagon or CIA Headquarters.1750

Barack Obama reportedly killed al Awlaki with a drone strike in Yemen because, according to him, “drones make me a good killer1752”.

Al-Awlaki was a “terrorist”, therefore he was an American citizen easily executed without due process.

The precedent needed to be set, lest tyranny not follow the “Rule of Law”.

It was first reported in January of last year that the Obama administration had compiled a hit list of American citizens whom the President had ordered assassinated without any due process, and one of those Americans was Anwar al-Awlaki.  No effort was made to indict him for any crimes (despite a report last October that the Obama administration was “considering” indicting him).  Despite substantial doubt among Yemen experts about whether he even had any operational role in Al Qaeda, no evidence (as opposed to unverified government accusations) was presented of his guilt.  When Awlaki’s father sought a court order barring Obama from killing his son, the DOJ argued, among other things, that such decisions were “state secrets” and thus beyond the scrutiny of the courts.  He was simply ordered killed by the President: his judge, jury and executioner.  When Awlaki’s inclusion on President Obama’s hit list was confirmed, The New York Times noted that “it is extremely rare, if not unprecedented, for an American to be approved for targeted killing.” ~ Glenn Greenwald, Salon1753

Given that this occurred without any supervision or video evidence, al-Awlaki the CIA lackey may very well be basking away in the Maui sun as Grab’ir Boubii, the wealthy, retired owner of a chain of convenience stores. 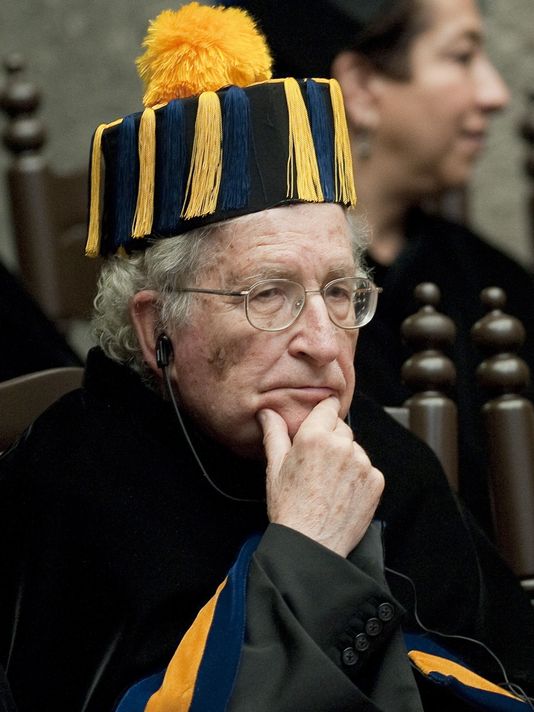 Unfortunately, Pat Tillman was a thinker who maintained a 3.85 at Arizona State.  He became obsessed with the work of University of Arizona Professor Noam Chomsky.  He reached out to the historian and had plans to meet with him even though his then-current tour in the 75th Rangers had finally brought him to Afghanistan in 2004.

Chomsky is well-known as a far-Left Jew but what isn’t well known is that he received his inspiration (and notoriety) from the Catholic Church 4 through clergy such as El Salvadoran Archbishop Oscar Romero and Jesuit priest Daniel Berrigan.5

This would be the motive for his murder.  Pat Tillman was a fantastic riches-to-Rangers story for recruiters to fuel the “Global War on Terror”.  A vocal, anti-war Tillman would’ve cost the “military/industrial complex” billions.

His body armor protected him from rounds to his torso, but after being wounded in the wrist, his executors made absolutely sure, Kennedy-style, and he was brutally shot at point-blank range by a three-round burst of a NATO 5.56-caliber weapon into his forehead.

Unfortunately, Tillman was a very vocal atheist 6 who, when attacked by fellow Rangers, told his comrade, “God’s not going to help you”.

However, Tillman’s mother, Mary (divorced from Patrick, Senior) has found solace in returning to her Irish Catholic roots and now helps organize funerals and counsels the grieving at an un-named Catholic funeral home and cemetery.