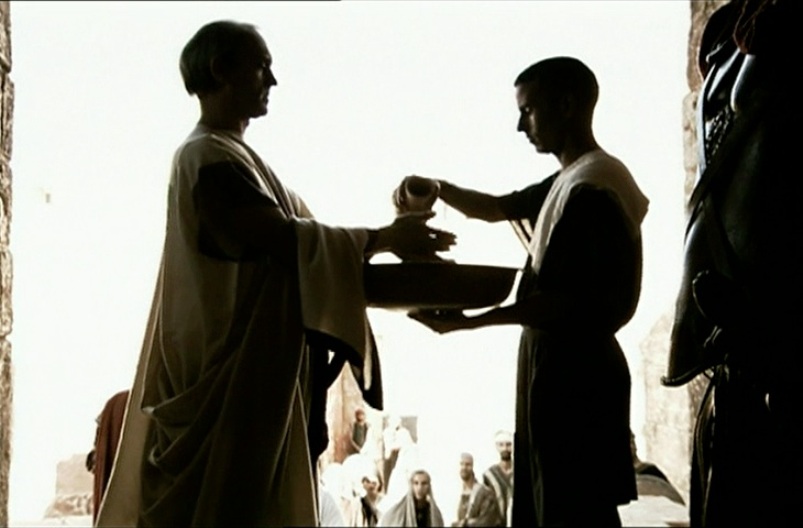 Recently, a supposed Right-wing media outlet has been hammering “9/11 Truthers” and “Conspiracy Theorists”.

One of the hit pieces was how Democrat Leftist Terry McAuliffe loved the truth-distraction propaganda of Michael Moore’s “Fahrenheit 9/11”. Moore—himself a stooge for the New World Order—claimed the reason for war in Afghanistan was “oil”. I’m sure you’ve all seen the countless oil rigs outside Bagram, haven’t you?

No. It’s opium. Even the Wall Street Journal was forced to report on the findings of a rare, honest U.N. official, Opium cultivation is heading toward record levels. Ah, the spoils of war…for the Puppet Masters, not so much for soldiers and Marines.

Another attack article was on Paul Ryan’s Democrat opponent, Amardeep Kaleka, who “claimed 9/11 was an inside job designed to distract the public from ET revelations.” 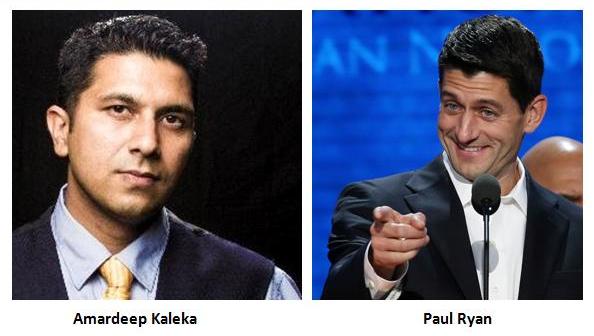 The idea that über-rich super Elites hate and fear the common masses and have banded together to poison, impoverish, enslave and kill you is not “Conspiracy Theory”, it’s a simple fact of human nature, as sure as Lord Acton’s phrase “Power corrupts and absolute power corrupts absolutely”.

A person or institution of the supposed Right that denies this in order to cling to their preconceived dogmatism is what I call a “Conservitard”. Those that know the truth and willingly cover it up for personal gain, I call “subversive” (I post the below clip in disappointment as I have enjoyed much of what Ann Coulter has said and written).

But to attack so-called “Truthers” (the name, itself, is designed to evoke instant derision) on behalf of the eternally-photogenic Paul Ryan is really the essence of the Republican Machine.

Breitbart.com recently reported that Ryan is spearheading efforts to legalize millions of illegal immigrants (part of an ongoing plan by Power Brokers to destabilize America and destroy what’s left of her culture and fiscal stability).

Ryan’s suck-up charm got him on the ticket with Massachusetts Mormon Mitt Romney but he ran in to rough water when it was disclosed that he dumped troubled bank stock after a meeting with Federal Reserve chairman Ben Bernake and Treasury Secretary (and former Goldman Sachs man) Henry Paulson. Ryan then bought stock in “Hank’s” former employer—euphemistically called “Government Sacks” for the number of ex employees now dictating banking policy to Americans.

I’m sure Paul Ryan can’t help that he’s a “savvy investor” but it does raise eyebrows when productive America pays 40% to 60% of their incomes in taxes and Ryan only paid 20% in 2011.

Ryan is actually an old hand at sucking up and lamented on Meet the Press how the Clinton Administration would’ve made quick work of the treasonous $17,000,000,000,000 debt (I hope those zeros shock you).

The New American noted that Ryan had a troubling record voting for increases in government spending and power, such as the 2012 National Defense Authorization Act with its’ disconcerting and ambiguous language on terrorist internment.

So is Paul Ryan worth alienating the fastest-growing movement in the political spectrum—the Freedom Movement?

Or is the Ryan race just a wedge used by Machine operatives to strike at this “dangerous” group of citizens?

Let’s look at the examples Townhall cites as what a “Truther” is.

Amar Kaleka is a man born out of the New World Order. His father was one of the men killed in the Oak Creek, Wisconsin Sikh temple shooting in August of 2012 supposedly conducted by “lone crazed gunman Wade Michael Page” (three names are key in selling a contrived story).

Bush, Clinton, Bush, Obama; mass killings have been on a steady pace coming to a crescendo under the current regime.

In Kaleka, the New World Order meets the New Age as the India-born Sikh blasted the “war” and “guns” that supposedly founded America.

In his recent film “Sirius”, Kaleka mixes together real truth of powerful families like the Rothschilds and Rockefellers starting wars for their enrichment and spirals off into distraction by needlessly connecting them with “alien watchers”. In it, Kaleka teams up with the High Priest of Alien Disclosure, Steven Greer (a medical doctor with no prior experience in astrophysics).

What is his problem?

—He doesn’t have the tools to connect the dots.

The Liberty movement is dominated by Christians and Patriots for good cause.

Christians serious about reading their Bibles are already aware of the idea that the human heart is evil:

The human heart is the most deceitful of all things, and desperately wicked. Who really knows how bad it is? ~ Jeremiah 17:9 (New Living Translation)

Peter said to Him, “Explain the parable to us.” Jesus said, “Are you still lacking in understanding also? Do you not understand that everything that goes into the mouth passes into the stomach, and is eliminated? But the things that proceed out of the mouth come from the heart, and those defile the man. For out of the heart come evil thoughts, murders, adulteries, fornications, thefts, false witness, slanders. These are the things which defile the man…” ~ Matthew 15:15-20 (New American Standard)

The Bible gives extensive warning in Revelation 13 about an evil power that has and will control the Earth with devastating effect. Many experts see this chapter as speaking of the One World Order.

And the dragon stood on the sand of the seashore.

Then I saw a beast coming up out of the sea, having ten horns and seven heads, and on his horns were ten diadems, and on his heads were blasphemous names. And the beast which I saw was like a leopard, and his feet were like those of a bear, and his mouth like the mouth of a lion. And the dragon gave him his power and his throne and great authority. I saw one of his heads as if it had been slain, and his fatal wound was healed. And the whole Earth was amazed and followed after the beast; they worshiped the dragon because he gave his authority to the beast; and they worshiped the beast, saying, “Who is like the beast, and who is able to wage war with him?” There was given to him a mouth speaking arrogant words and blasphemies, and authority to act for forty-two months was given to him. And he opened his mouth in blasphemies against G-d, to blaspheme His Name and His Tabernacle, that is, those who dwell in Heaven.

It was also given to him to make war with the saints and to overcome them, and authority over every tribe and people and tongue and nation was given to him. All who dwell on the Earth will worship him, everyone whose name has not been written from the foundation of the world in the Book of Life of the Lamb who has been slain. If anyone has an ear, let him hear. If anyone is destined for captivity, to captivity he goes; if anyone kills with the sword, with the sword he must be killed. Here is the perseverance and the faith of the saints.

Then I saw another beast coming up out of the Earth; and he had two horns like a lamb and he spoke as a dragon. He exercises all the authority of the first beast in his presence. And he makes the Earth and those who dwell in it to worship the first beast, whose fatal wound was healed. He performs great signs, so that he even makes fire come down out of heaven to the earth in the presence of men. And he deceives those who dwell on the earth because of the signs which it was given him to perform in the presence of the beast, telling those who dwell on the earth to make an image to the beast who had the wound of the sword and has come to life. And it was given to him to give breath to the image of the beast, so that the image of the beast would even speak and cause as many as do not worship the image of the beast to be killed. And he causes all, the small and the great, and the rich and the poor, and the free men and the slaves, to be given a mark on their right hand or on their forehead, and he provides that no one will be able to buy or to sell, except the one who has the mark, either the name of the beast or the number of his name. Here is wisdom. Let him who has understanding calculate the number of the beast, for the number is that of a man; and his number is six hundred and sixty-six. ~ Revelation 13 (New American Standard, capitalization and abbreviation added out of respect)

Between Kaleka and Ryan, Kaleka comes much closer to an honest world view. Even his notion that “Watchers” are guiding the “New World Order” is not too far a leap for Christians. However, what non-Christians look at in hope, those who walk in The Way are a bit more cynical.

Nick Redfern is an expert in the paranormal. He is a highly-sought-after speaker in popular venues that span from the History Channel to Coast to Coast AM. 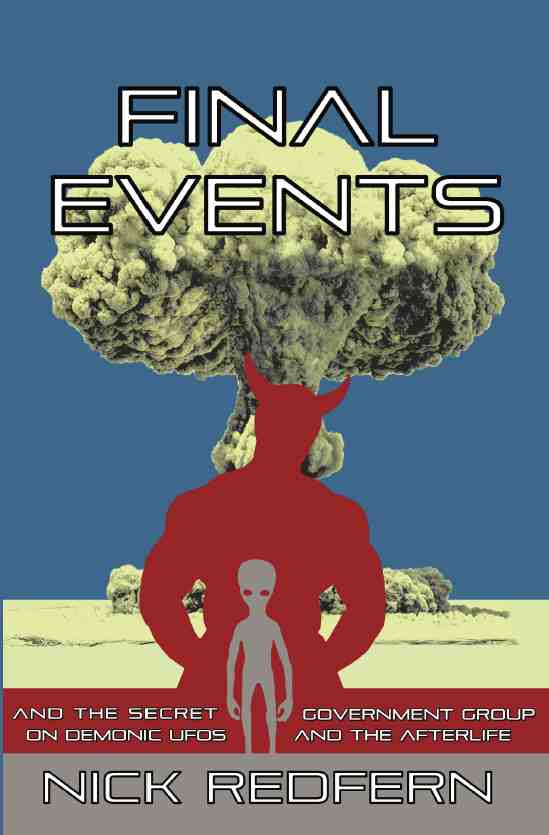 One of his recent books has an astounding premise: that government insiders are aware of the connection advanced technologies have to a dark, inter-dimensional realm and have been seeking to make contact with those intelligences—not via radios and telescopes, but ancient rituals and pagan talismans.

Strange rituals surrounding royal births may hold spiritual significance while right here in the U.S. it has been noted that nearly all of America’s presidents are related. Is there some genetic quirk being preserved in the lines of our Ruling Elite that facilitates communication or even possession by hateful beings from another realm? The practices of inbreeding amongst royals is well known and one line (Saxe-Coburg-Gotha) boasts an astonishing number of rulers being derived from it.

I recently wrote an exhaustive column showing how Darwinian Evolution is dying a slow, agonizing death and it’s killer is modern science. Soon, the entire scientific community will have to start over again and the escape of unaccountable random chance that has been used for generations to “do what thou wilt” will have been taken away. Intelligent Design will be the only remaining viable hypothesis regarding man’s origin.

But who was the Designer?

Many have already seen the options of Divine Designer verses an extraterrestrial one and made their decision for the latter. All that remains to seal their fate will be a shocking, sensational “Disclosure” and it may very well be on its way.