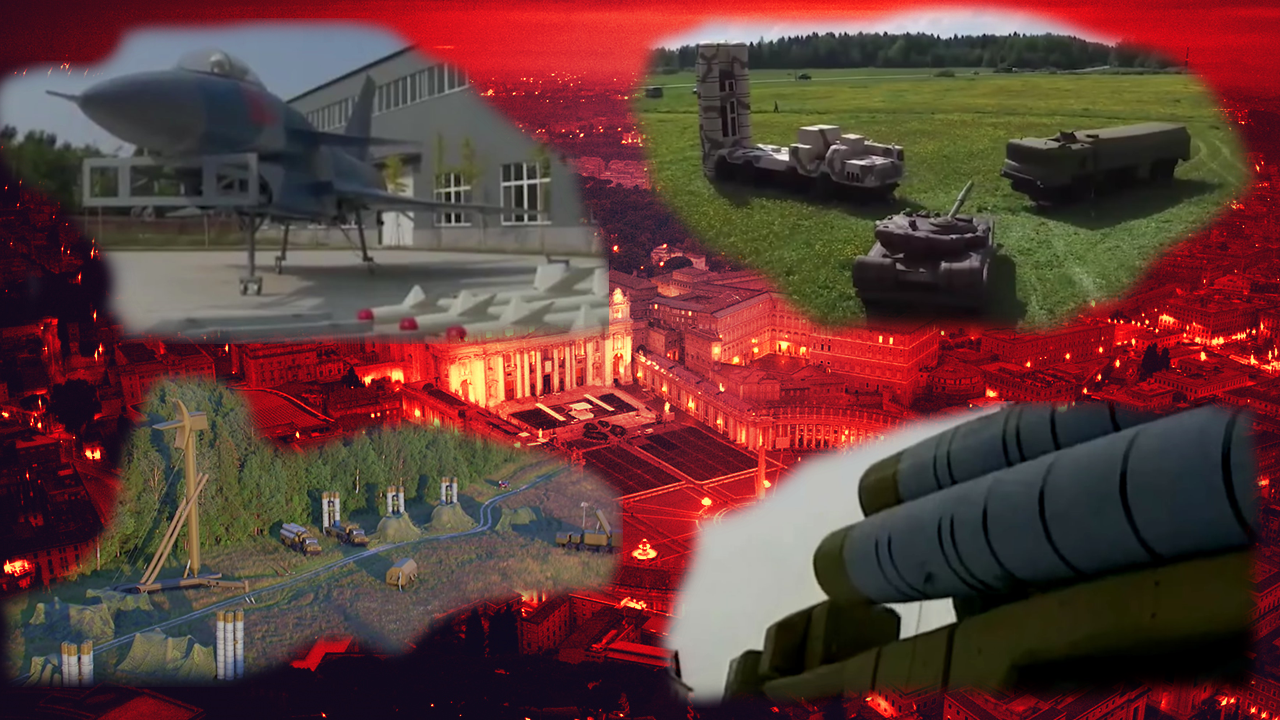 Ukraine’s Dummy Decoys Are For RUSSIA, Not You (REALLY!)

By Johnny CirucciSun, 6 November 2022No Comments

It has been leaked Ukraine is using dummy decoys of military equipment to fool Russia!

In the crazy world of “fake news” and “conspiracy theories”, truly cynical nutters would claim that such decoys were being utilized to lend validity to a war that never was.

But that is not the case!

It is a brilliant strategy that has done nothing less than enrage Vladimir Putin, himself!!

This story has been allowed to have extremely limited circulation because the CIA’s own Washington Post has allowed it.

The evil Vladimir Putin has initiated an unprovoked criminal invasion of innocent Ukraine.

But evil Russia only managed to take a few measly hundred kilometers before the brave people of Ukraine rallied behind their stalwart superhero leader: a cross-dressing Jewish comedian.

The West, NATO (“HATO” in Cyrillic), and the brave women and transgenders at the Central Intelligence Agency couldn’t let this outrage go on and immediately spent taxpayer millions that weren’t theirs to spend giving gifts of death and destruction to the brave people of Ukraine.

It is unfortunate that some … okay, maybe most of that equipment has gone missing.  Mr. Zelensky and the brilliant generals around him were all very organized and then some wind blew the paper receipts 1 they were using to track the thousands of Javelin and Stinger missiles and they all got mixed up with receipts from the Chinese take-out the night before.  (Hey, it was really good Moo-Goo Gai Pan, straight from real China!)

HATO is not really worried about finding all the misplaced missiles.  The CIA has friends everywhere.  They’ll turn up.

In the mean time we’ll take care of this by not letting you see when we gift powerful military equipment anymore.

Technically, these gifts come from you, the taxpayer, but Lockheed, British Aerospace and the Jesuits at Raytheon are all very appreciative of your post-pandemic generosity!

In the mean time, we far-Left anti-war Catholics running the West are all redoubling our efforts to send even more missiles!

Brave Ukrainians are slowly taking back the land that evil Russia stole from them!

Of course, you’ll be a lot poorer because this terrible war has cost you $5 gallon gasoline but this is the cost of “war” and we’ll quickly adjust to our “new normal”.

As the great Jesuit—ah, “Chinese General”—Sun Tzu once wrote, “All war is deception.”  (Yes, it is true that this is in the Jesuit Fourth Vow of Extreme Unction, a.k.a. “Blood Oath”…that’s just a coincidence.)

Part of that deception has been those wily Ukrainians making phony mock-ups of some of the gifted Western equipment they’ve received.

This story has been covered by our friends (whom we trust implicitly) at the Washington Post so there’s no need for us to look into it ourselves.  We’ll just re-post the Post.

They were very specific!  The only deception that occurred has been by making pretend versions of one piece of gifted Western equipment.

KYIV, Ukraine — Ukraine may be outgunned, but in the latest sign it is not yet outfoxed, a fleet of decoys resembling advanced U.S. rocket systems has tricked Russian forces into wasting expensive long-range cruise missiles on dummy targets, according to interviews with senior U.S. and Ukrainian officials and photographs of the replicas reviewed by The Washington Post.

The Ukrainian decoys are made out of wood but can be indistinguishable from an artillery battery through the lens of Russian drones, which transmit their locations to naval cruise-missile carriers in the Black Sea.

The use of rocket system decoys, which has not been reported previously, is one of many asymmetrical tactics Ukraine’s armed forces have adopted to fight back against a bigger and better-equipped invading enemy.  In recent weeks, Kyiv’s operatives have blown up rail and electricity lines in occupied Russian territory, detonated explosives inside Russian arms depots and assassinated suspected collaborators.

“They’ve claimed to have hit more HIMARS than we have even sent,” one U.S. diplomat observed. ~ the CIA…sorry, I mean “The Washington Post” [some conspiracy theorist put that bold in there…sorry again]

You’re probably curious to know what these fake pieces of “HIMARS” look like but it’s not important!  We will show you what the real once look like every time we re-report what the Washington Post has allowed us to journalize! 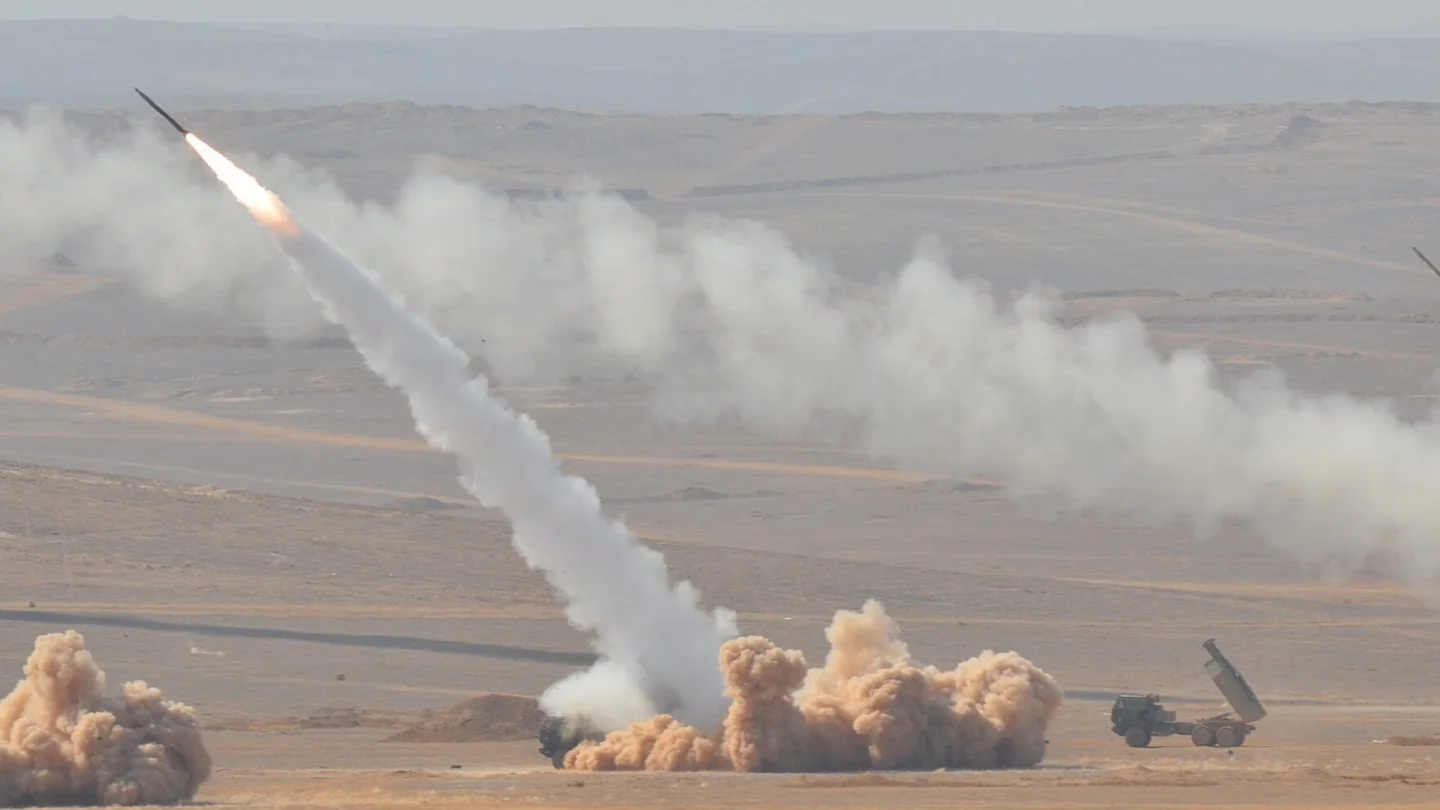 When you see them enough, you’ll even think they’re real, too!!

There have been some nosy nobodys who looked into this further and found some obscure, questionable references to all kinds of other fake military equipment, but they are neither trained nor licensed to give you real news that isn’t fake news! 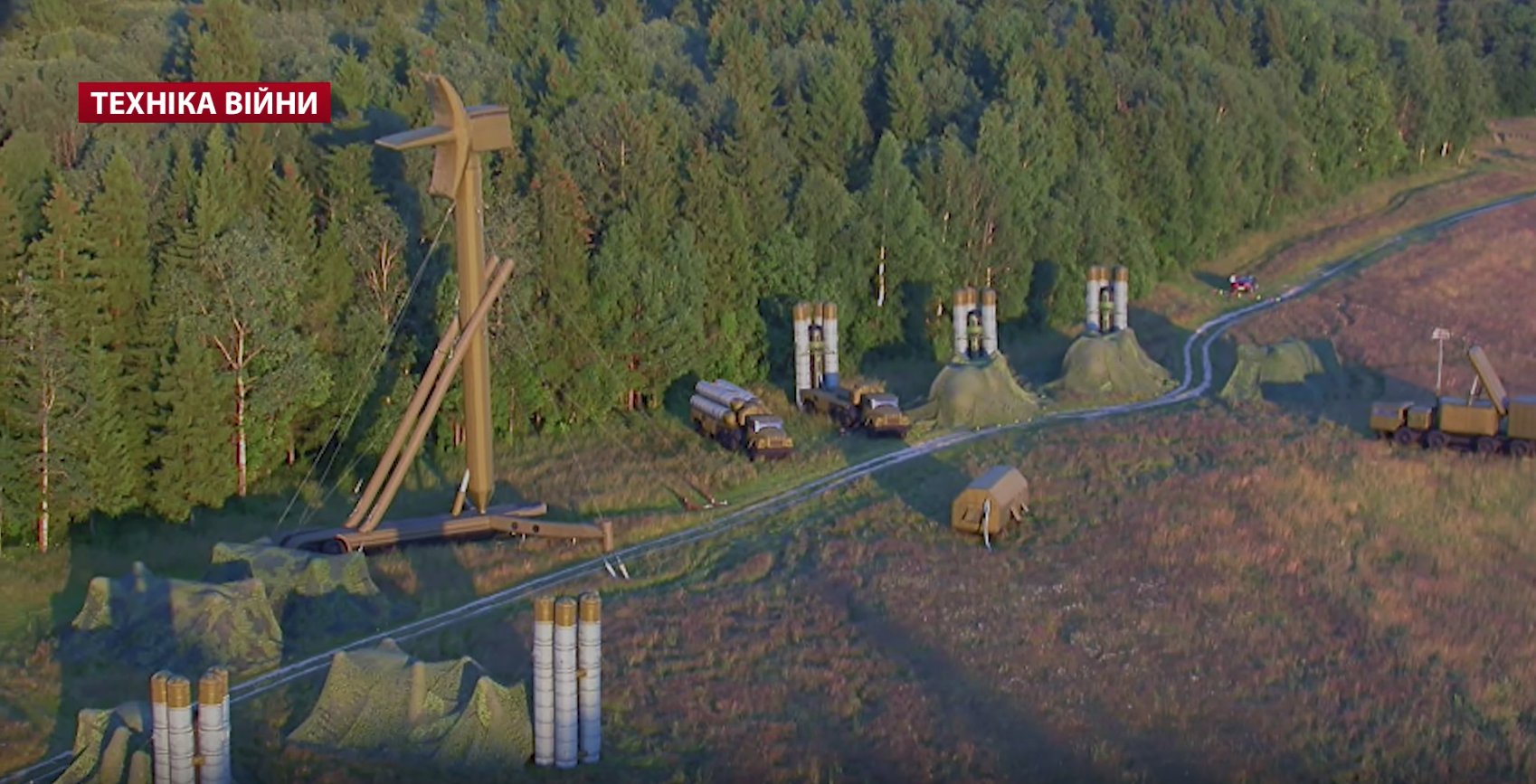 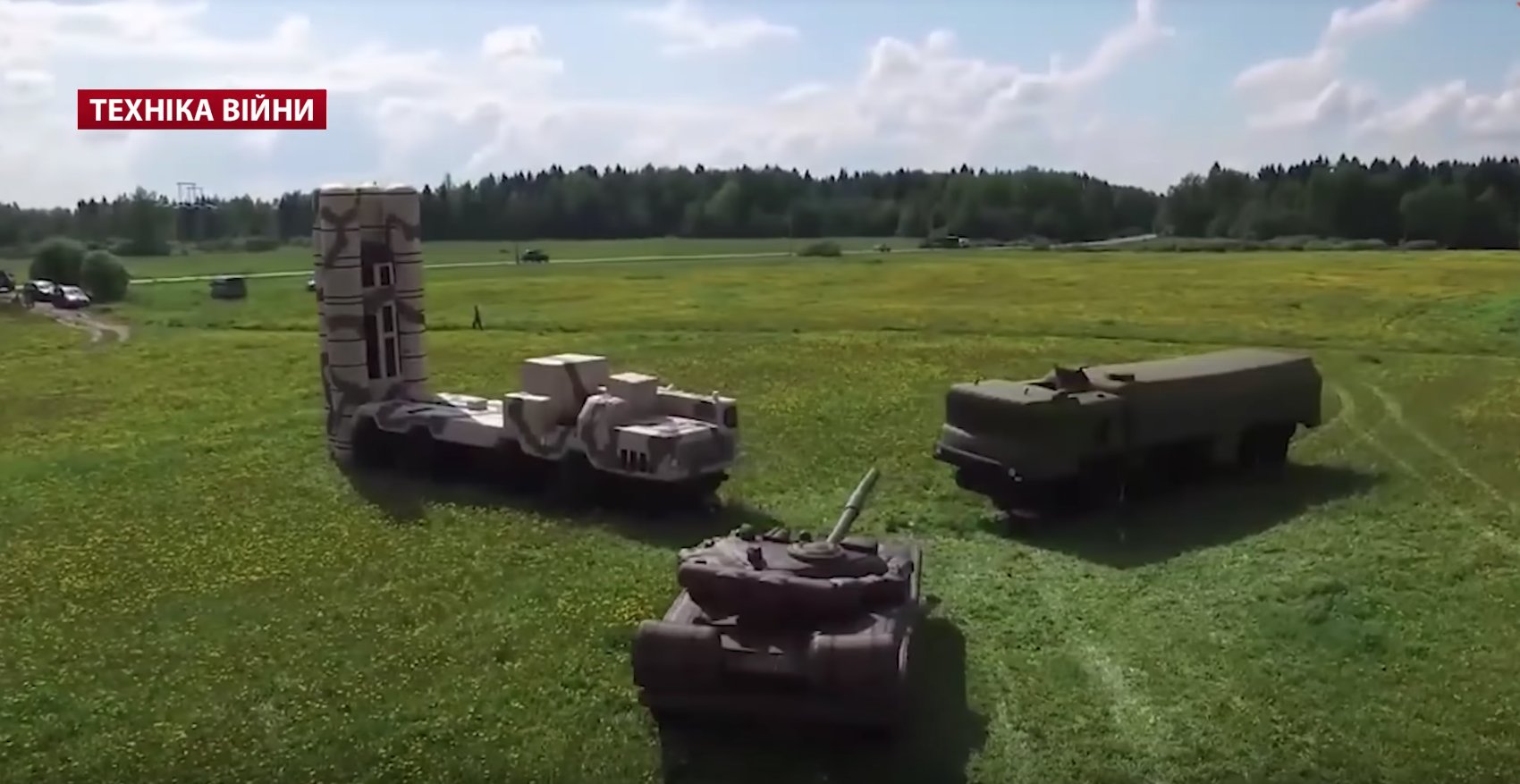 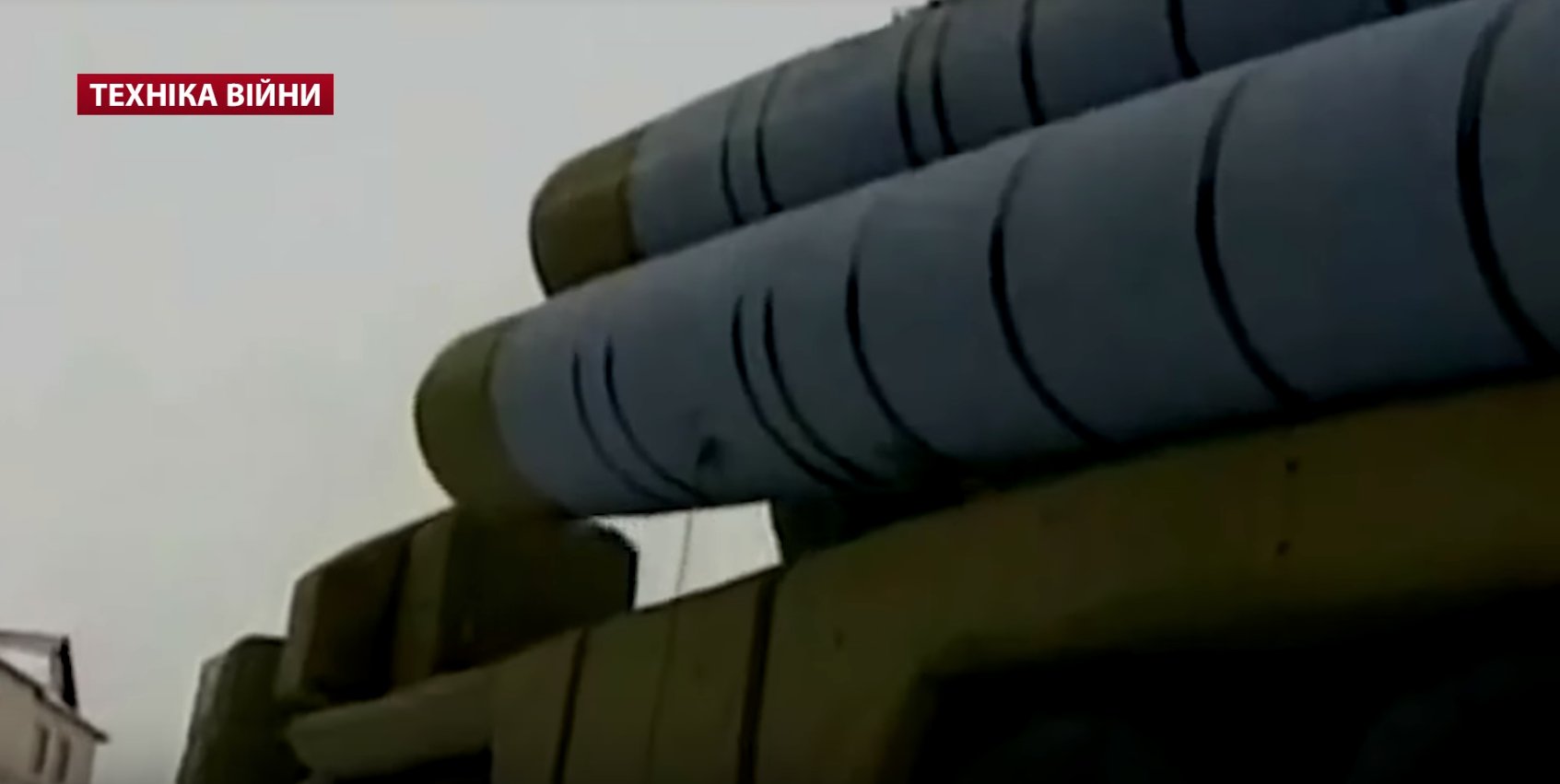 This one bit of fake “HIMARS” (and nothing else) is working for the foxy, undergunned Ukrainians!  It has made evil Vladimir Putin very wealthy…ah, angry!

Do not believe these conspiracy theorists telling you that you’ve been faked out by the fake news of a fake war to make you forget the very real crimes that have been committed against you…because that’s just fake.

Unlicensed bloggers never professionally trained in propaganda (sorry, “journalism”), chronicling Ukrainian fake armies as early as 2018 and whacky conspiracy theorists claiming that Jewish cross-dressing comedian Volodymyr Zelenskyy was installed in 2019 all as part of a pre-planned, premeditated pandemic exit strategy is so ridiculous anyone saying it should be jailed.

Setting You Free From Loyola’s Prison

Setting You Free From Loyola’s Prison