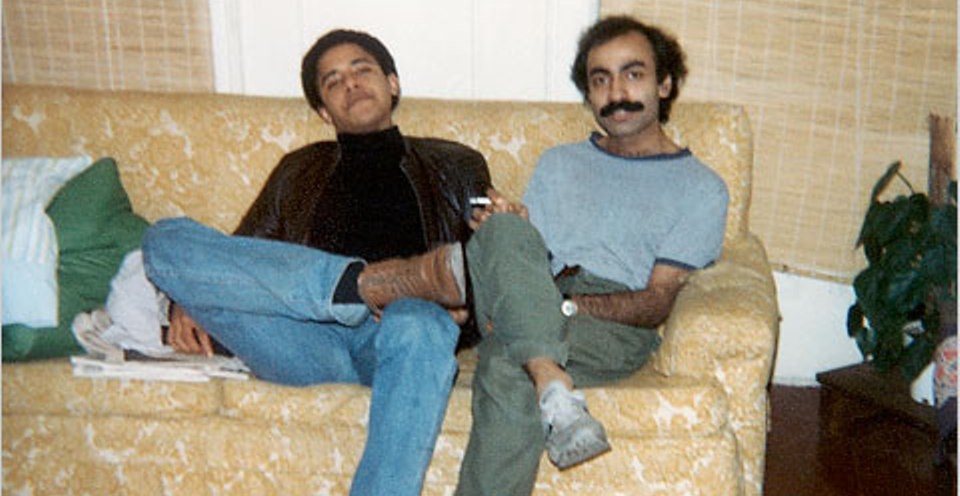 Vote for Barry! HE’S NOT GAY

VANITY FAIR BREAKS OUT SUPPOSED OBAMA GIRLFRIEND IN TIME TO RAMP UP FOR ELECTIONS, REALLY PLAY UP HOW “SEXY” SHE THOUGHT HE WAS

GOOD THING. WE WOULDN’T WANT ANYONE ELSE IN BREITBART MEDIA HAVING AN EARLY DEATH OF “NATURAL CAUSES”

SORRY…WE DON’T FIND ANYTHING SEXY ABOUT SODOMY AND HASHISH

That was when I heard the voices. Or not so much voices but I heard sounds being made by a person or people. I also smelled something that was odd. Never smelled it before or since that night. A heavy sweet smell that was filling up the hallway. It was not marijuana or anything like that. I was in college. I was plenty familiar with what marijuana smelled like. Something different. And as I stood there not quite sure what to do the smell seemed to go from sweet to kind of gross like rotting garbage. It was weird.

I started to try and sneak past the open door so whoever was in there couldn’t hear me but I sure could hear them and that was when I realized the sounds coming out of that conference room were sexual. I heard a male voice saying “Yeah,” again and again and then another sound from another male voice. I realized then that there were at least two men in that room having sex with themselves or someone else I could not hear. I was almost past the door when I heard a loud sniffing noise, and more of that weird smell coming from the room, and then one of the men yelled out the F-word. And that’s when I tripped. I tried to fall as quietly as I could but when my right hand hit the floor it kind of twisted under me and it really hurt. I cried out and then was trying to get up as fast as I could so I could keep heading down the hall. I heard some scrambling from inside the dark conference room and then one of the men told the other one to shut up and be quiet.

And then the door opened behind me and I turned around and saw a young tall thin black man looking at me.

ONLY ONE NEBULOUS REFERENCE IN MESSIAH’S AUTOBIOGRAPHY (written by serial seditionist and PROFESSOR Willie Ayers) TO A “NY GIRLFRIEND”. NOW OBAMA BIOGRAPHER IS SAYING THE ONE CLAIMS THIS INDIVIDUAL WAS A “COMPOSITE”:

One of the more mysterious characters from President Obama’s 1995 autobiography Dreams From My Father is the so-called “New York girlfriend.” Obama never referred to her by name, or even by psuedonym, but he describes her appearance, her voice, and her mannerisms in specific detail.

But Obama has now told biographer David Maraniss that the “New York girlfriend” was actually a composite character, based off of multiple girlfriends he had both in New York City and in Chicago.

RIGHT. A “COMPOSITE” OF MULTIPLE GIRLFRIENDS OR A COMPOSITE OF HIS IMAGINATION BECA– USETHERE WEREN’T ANY “GIRLFRIENDS”?!

WE’RE SURE THAT SOMEONE WITH SUCH A “NORMAL” UPBRINGING AS OBAMA DIDN’T HAVE ANY TROUBLE GETTING ALONG WITH THE OPPOSITE SEX.

THE “LONG-LEGGED MACK DADDY” HAS A LONG-LEGGED PAST (Love ya, Pastor Manning)

UH…YEAH. IT REALLY DID HAPPEN. ONLY LOCAL NEWS REPORTED IT.

THE MEDIA ONSLAUGHT OF PROPAGANDA CONTINUES! ANOTHER NEW BOOK WANTS YOU TO KNOW THAT BARACK OBAMA SENIOR REALLY IS BARRY’S DADDY, AND THAT HE REALLY WAS BORN IN HAWAII (stated as fact in the article).

GOOD THING THERE’S NO ONE OUT THERE LOOKING INTO THIS, HUH? WE MIGHT SEE SOME CRAZY ACCUSATION LIKE PEDOPHILE MARXIST FRANK MARSHALL DAVIS WAS BARRY’S BABBY DADDY, AND THAT HE HAD NUDE PICTURES OF MAMA STANLEY WHICH WE WOULD IMMEDIATELY DISCOUNT AND BURY.

America is a Captured OperationBarack ObamaGayHomosexualThe Manchurian Messiah of Mystery