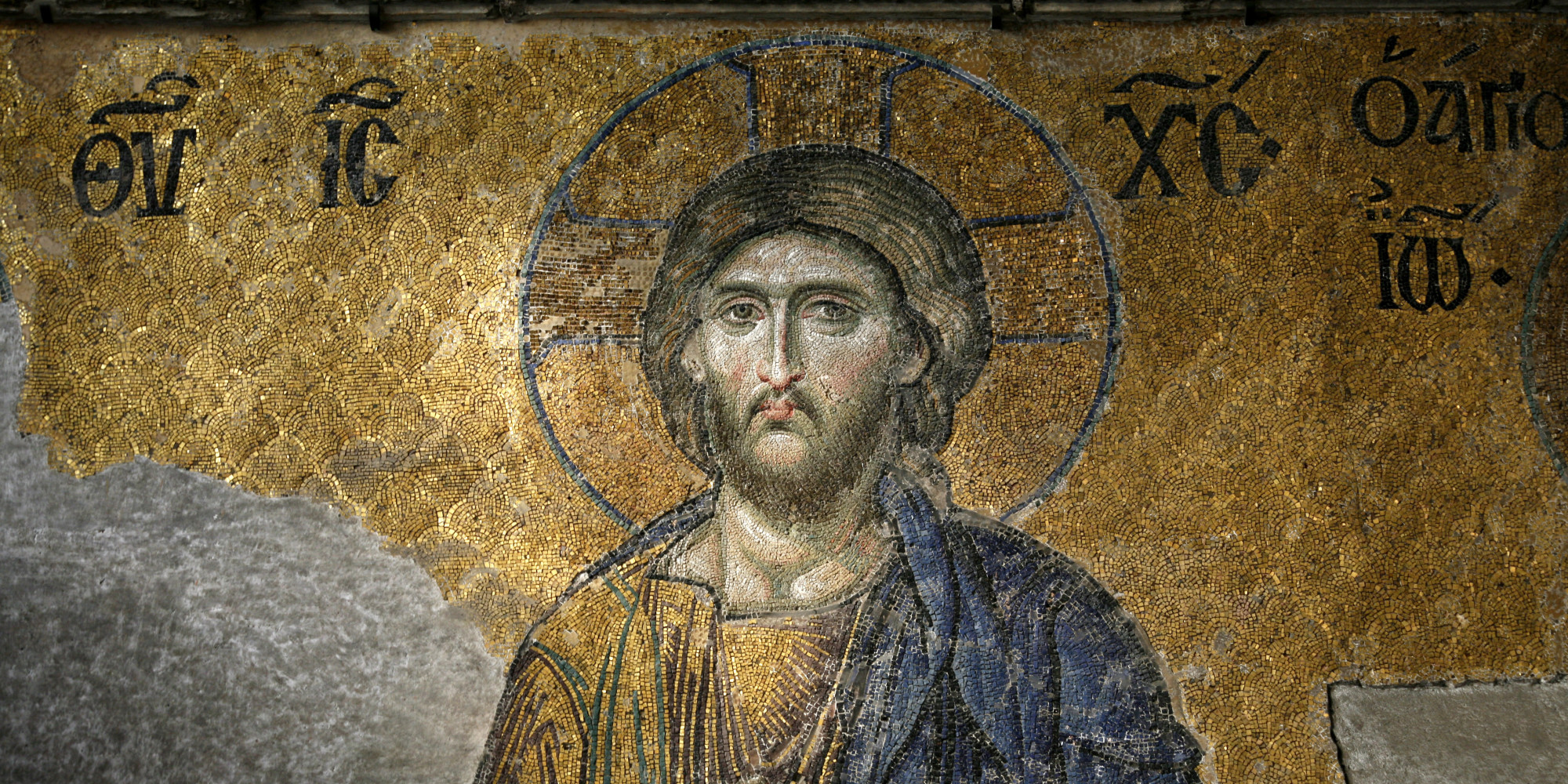 Some Christian scholars (myself included) consider Orthodoxy as the second leg of iron in Nebuchadnezzar’s dream of Daniel 2.

If so, the two legs have been at war since their splitting within the Holy Roman Empire.

For generations, the Papacy has sought to co-opt Orthodoxy with both the carrot and the stick.  She will frequently hold up various meetings with Orthodox Patriarchs as proof that she has won—

But this only proves that, despite Orthodoxy being heavily infiltrated with Jesuit operatives like “Brother Nathaneal” she does NOT have a lock on controlling her sister.

Rightly do our Russian brothers and sisters distrust anything from America.  Milton Kapner, a.k.a. “Brother Nathaneal”, is no different.  How a Pittsburgh, Pennsylvania Jew ends up as an Orthodox priest preaching constant hatred of Jews via an extremely popular YouTube channel from Moscow can only be explained with three letters: CIA (which stands for “Catholic Intelligence Agency”).

Kapner is no different than another fabricated Papal/Intelligence asset, Anwar al Awlaki, the CIA lackey.

Al Awlaki wasn’t born in Pakistan or Iraq, he was born in good ole New Mexico, USA.  Where else do all vicious jihadis come from?  He even had a mosque in Virginia and dined at the Pentagon 2 weeks after 9/11.  He’s been the central figure in everything from the underwear bomber to the Fort Hood shooting…the first one.

As imam at a mosque in Falls Church, Virginia (2001–02), al-Awlaki spoke with and preached to three of the 9/11 hijackers, who were al-Qaeda members.[21]  In 2001, he presided at the funeral of the mother of Nidal Malik Hasan, an Army psychiatrist who later e-mailed him extensively in 2008–09 before the Fort Hood shootings.[22][23]  During al-Awlaki’s later radical period after 2006–07, when he went into hiding, he was associated with Umar Farouk Abdulmutallab, who attempted the 2009 Christmas Day bombing of an American airliner.[24][25][26]  Al-Awlaki was allegedly involved in planning Abdulmutallab’s attack. ~ Wikipedia

Certainly, someone like that could be a wealth of information, either of supposed terror plots or of collusion between “terrorists” and our own intelligence agencies.

Sadly, he’s beyond our reach as he was (apparently) killed by a drone strike conducted in Yemen without Yemeni permission and without due process for the execution of an American citizen.

It was the culmination of years of [“]painstaking[”] intelligence work, intense deliberation by lawyers working for [“]President[”] Obama and turf fights between the Pentagon and the C.I.A., whose parallel drone wars converged on the killing grounds of Yemen.  For what was apparently the first time since the Civil War, the United States government had carried out the deliberate killing of an American citizen as a wartime enemy and without a trial.

Eighteen months later, despite the Obama administration’s effort to keep it cloaked in secrecy, the decision to hunt and kill Mr. Awlaki has become the subject of new public scrutiny and debate, touched off by the nomination of John O. Brennan, Mr. Obama’s counterterrorism adviser, to be head of the C.I.A.

The leak last month of an unclassified Justice Department “white paper” summarizing the administration’s abstract legal arguments — prepared months after the Awlaki and Khan killings amid an internal debate over how much to disclose — has ignited demands for even greater transparency, culminating last week in a 13-hour Senate filibuster that temporarily delayed Mr. Brennan’s confirmation.  Some wondered aloud: If the president can order the assassination of Americans overseas, based on secret intelligence, what are the limits to his power? ~ Mark Mazzetti, Charlie Savage and Scott Shane, NY Times

Don’t worry!  John O. “Drone Executioner” Brennan, educated by the Jesuits at Fordham, was indeed confirmed.  In fact he was sworn in, not by “President” Obama, but by “President” Obama’s mafioso handler (another good Catholic); Joseph “Plugs” Biden…on a Constitution minus the Bill of Rights. 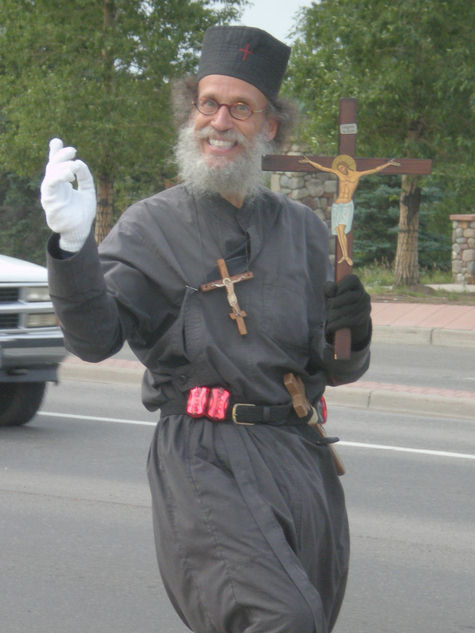 Either this man really is a clown and a fool or his white and black gloves are telling you that he’s been indoctrinated in the Jesuitical, Freemasonic Gnosticism of “good is evil and evil is good”.

It’s no stretch to imagine that Milton “Brother Nathaneal” Kapner has a similar, sinister, secret lineage.

Sadly, the “IT’S THE JEWS!” ploy has worked extremely well in Russia, thanks to the elevating of puppet Jews again and again to positions of prominence by the Roman Knight of Malta bankers and masters.  “The Family” of oligarchs that ruled Russia and still rule in Ukraine are mostly Jews installed by the Papists for an extremely effective smokescreen.  Very few Russians know of the extreme hatred the Vatican has for Russia and Russian Orthodoxy but it encompasses everything from the repeated assassinations of the Romanovs to the “October Revolution” that ushered in a Georgian Jesuit priest named Ioseb Besarionis dze Jughashvili.  He was used by the Papacy to slaughter forty million good Russians and Ukrainians (many of them were starved to death) and many more were enslaved and imprisoned.  You knew him as “Joseph Stalin”.

The renewing of the Cold War has been part of the Papal “strategy of containment” dreamed up by another Catholic Intelligence insurgent, Zbigniew Brzezinski, a dear friend of another devout Polish Catholic, Karol Wojtyla.

Wojtyla was a key figure behind putting cyanide and Zykon B into the hands of the Nazis to help efficiently slaughter as many Jews as the West would give them time for (and they certainly did what they could), but you knew him better as “Pope John Paul II”.

From Ioseb dze Jughashvili (“of the Jewish people”) to Moses Mordecai Marx Levy (“Karl Marx”), the Papacy and her satanic Special Forces, the Jesuits, have picked Jews to hide behind to conduct their despicable agendas again and again.

Don’t worry, though, when it comes to outing a Jesuit/CIA agent like “Brother Nathaneal”, we have the hard work of “Pastor Steven Anderson”, a clown himself.

Anderson is a Jesuit priest whose mission it is to lampoon proud, independent American Protestants and to “blow cover as cover” for himself and Kapner by muddying the waters with his antics.

It’s all part of the web of lies woven by the Jesuits that is so ruthless it included a “Superior General” who sacrificed hundreds of loyal priests to imprisonment and death just to attain more power.

I got into this somewhat in a previous column on another “Protestant” imposter, Hank Hanegraaff, the Papal Answer Man.

In spite of all of this, there is hope for Russia and for the East.

Although Orthodoxy is no less a veil than Catholicism in achieving the personal relationship with Jesus Christ which saves souls, its resurgence since the fall of Communism has sparked a renewed adherence to Christian virtues in Russia. 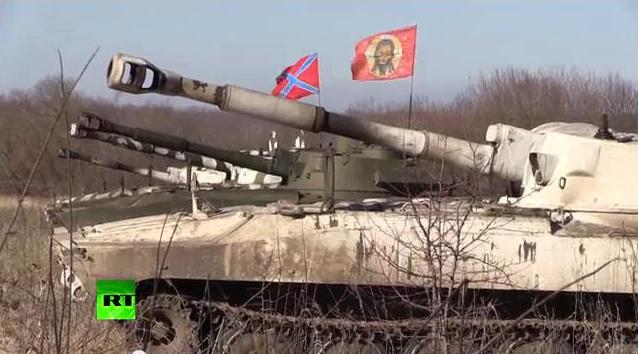 Resistance Rising 066: Who Watches the Watchers?

Resistance Rising 066: Who Watches the Watchers?