Three more victims fall to the politically-correct lunacy that is “feminism”—the idea that there are no differences between men and women and that a female can do any job a male can chalked up it’s latest tally; 1 wounded, 3 dead (now possibly a fourth) and a kidnapper, murder, rapist is free and at large in Georgia. 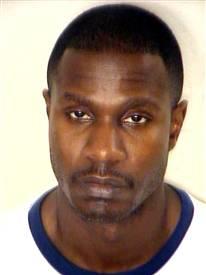 Kidnapping and rape “suspect” Brian Nichols was at Fulton County Courthouse in downtown Atlanta Friday morning to face charges of raping and holding his girlfriend prisoner. But before entering the courtroom, he killed three people, Superior Court Judge Rowland Barnes, his court reporter and a sheriff’s deputy.

Today, in the same general location, a U.S. customs agent was found dead in his 1994 Chevrolet pickup and his pistol and badge were stolen.

How did this lovely piece of humanity manage to free himself and start a killing spree in a county courthouse? —By wresting the sidearm away from a female deputy.

I wish to make it clear that my anger is against the policy and the enemies of Christ and America who force it upon us (as well as the cowards who shamelessly go along with said policy). The deputy, herself, has paid for the policy with a grave wound. It is another example of how the heathen, radical left wish to self-destruct and take this precious, G-d-given nation with them.

Do male officers loose their side-arms? Yes. But there is no doubt in my mind that this animal specifically targeted the female deputy as easy prey. And he was right.

The fools in this soon-G-dless nation don’t even see this. You can scan media across the radio, TV and internet and you will not see this side of the incident even broached. The masses of sheep have long-ago bought the premise that the deputy’s gender had nothing to do with the incident.

I have no hope that Truth, common sense and practicality will ever again reign in America.

UPDATE: In a bizarre twist, Nichols was apprehended after a woman he kidnapped was allowed to go free and report him to the authorities.

26 year old Ashley Smith of Atlanta claimed she spent several hours winning the murderer over with her current reading; The Purpose Driven Life by Christian author Rick Warren and the Bible.

There are many odd circumstances in what happened but there can be not doubt that Smith’s apparent good health at the hands of such a perpetrator was the Hand of G-d. Who knows, even a reprobate such as Nichols can still be Saved (although he must take responsibility for his actions regardless).

—Something to pray about.