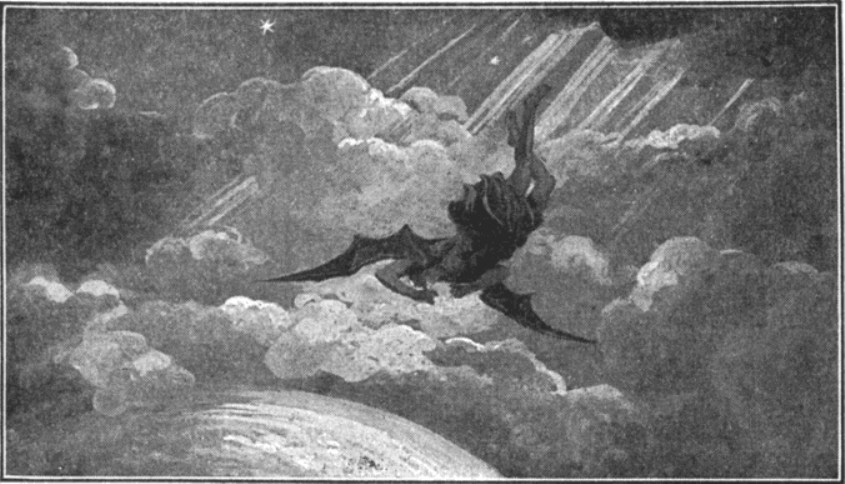 Doug Hamp asks the question; Are demons the same as fallen angels? In the article, Doug interacts with an uppity follower who states:

Doug, you are wrong concerning what Demons are –The Book of Enoch, The Book of Giants (both dead sea scrolls) and all the Early Church Fathers differentiated between Fallen Angels and Demons. The Greek word for Demon is dis-embodied Spirit. Fallen Angels can Shape Shift but your understanding is not accurate.

The argument that “demons” seek to inhabit but “fallen angels” can “shape-shift” is without Scriptural merit nor am I aware of this even being born out (sorry) by any Apocryphal materials. The Word of G-d (abbreviated out of respect) states that fallen angels must embody to interact in this dimension while loyal angels have enormous latitude to appear indistinguishable from our normal surroundings, (Genesis 18, 19, Hebrews 13:2).

All unclean spirits seek to inhabit a body and interact in this world which was the very purpose for the shenanigans in Genesis 6: to create foul, manipulated organic portals interrupted from the Divine Pattern of reproduction “after its own kind”. Devoid of the Breath of Life, they (like clones) were/are living organic portals that didn’t need to be tricked into allowing possession.

I’ve seen this argument before and never felt it could be accurately made because Scripture is silent on it (for good reason). What many try to do in differentiating between “demons” and “angels” is actually misunderstood in the hierarchy of the rebellious spirits. The response of this arrogant individual is a perfect example: it is the more powerful fallen angels who are interested in and seek to control the destiny of nations while the lesser “demons” seek to at least enter into this realm in some fashion.

The same can be true for who gets possessed. Satan, himself, sought to be the instrument of Christ’s betrayal, just as I am sure he has taken personal interest in steering Barack Obama and other clearly possessed world leaders, billionaires, “rock stars”, etc. Once they are evicted, the meek will literally inherit the Earth.

Can any “religion” in the world even touch that…?