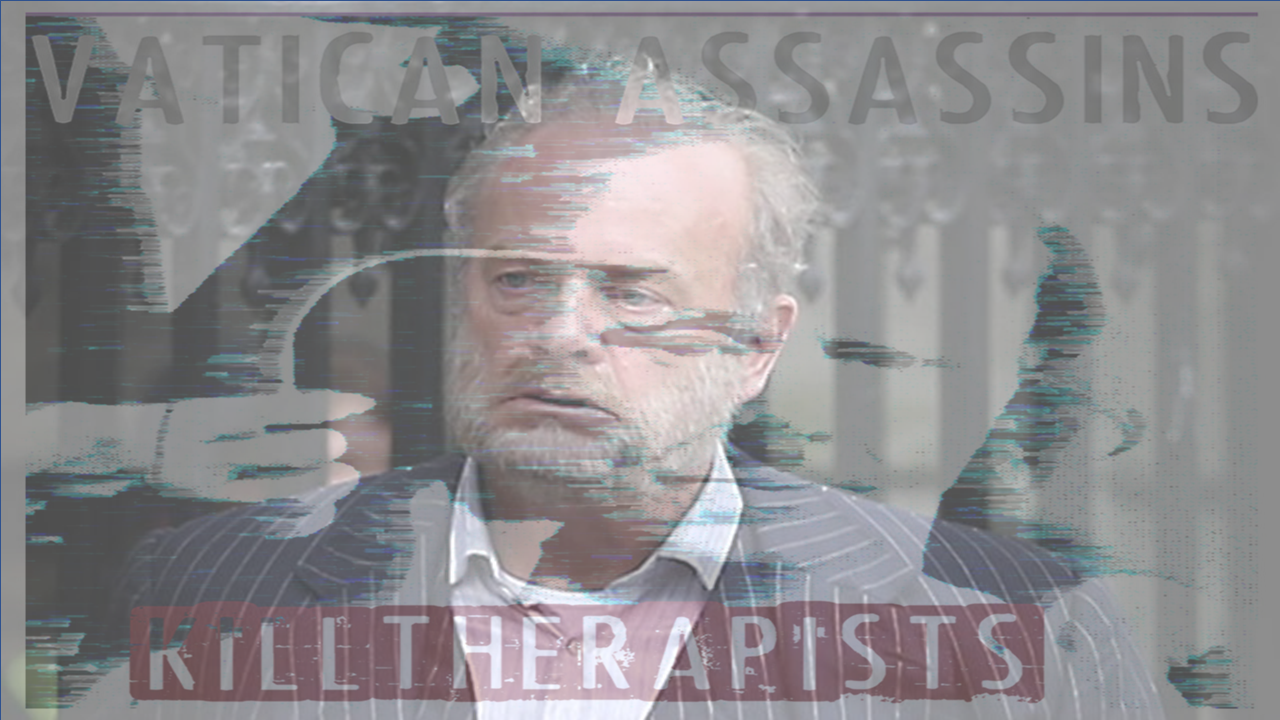 * 7 years later his sister was kidnapped, gang-raped for 4 hours, stabbed, left for dead, bled out trying to get help.  2 perps were soldiers from Ft. Carson.  The murderer was given the death penalty.  It was overturned by the Colorado Supreme Court

* two half-brothers were diving off St. Thomas. One “disappeared” and the other suffered an embolism looking for him

* the name of the man who murdered Grammer’s father was Arthur B. Niles

So across the 11 years of one of the longest-running sitcoms on TV, Grammer was saying the name of his father’s murderer with the warmth of a brother thousands of times.

An American “pillar of Christianity”, Kenneth Copeland, gets “ambushed” by Inside Edition’s Lisa Guerrero. 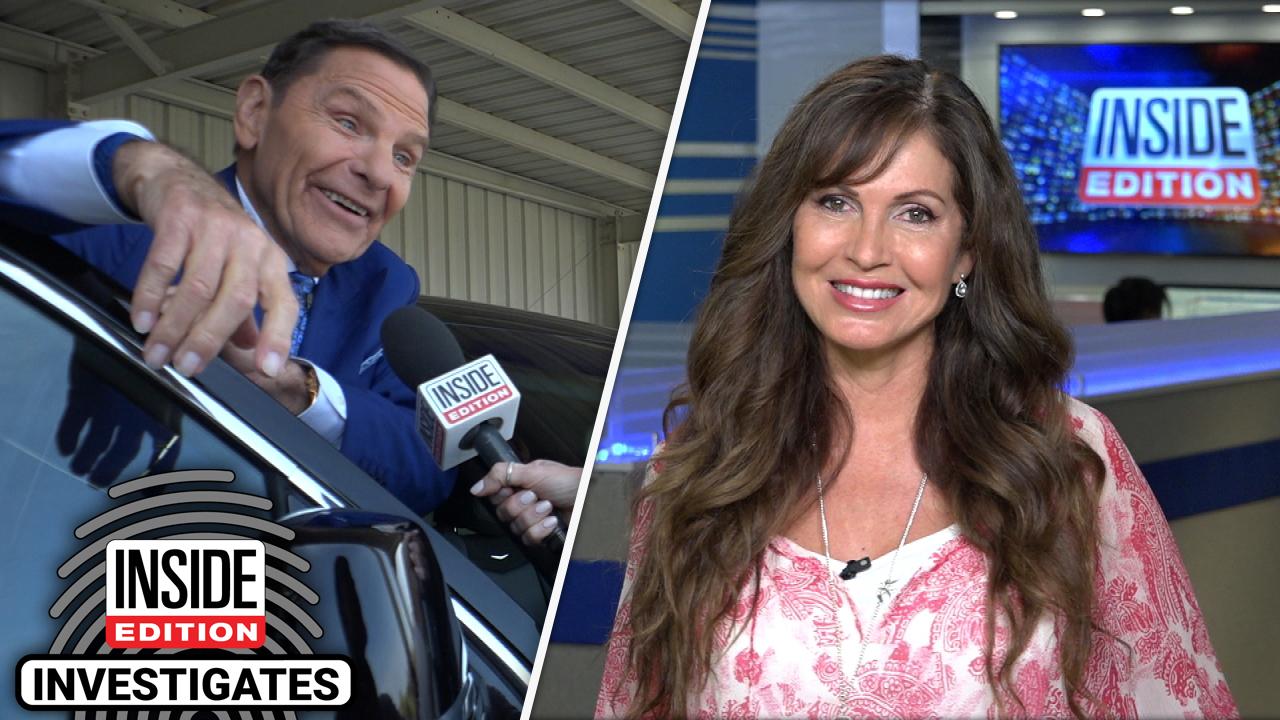 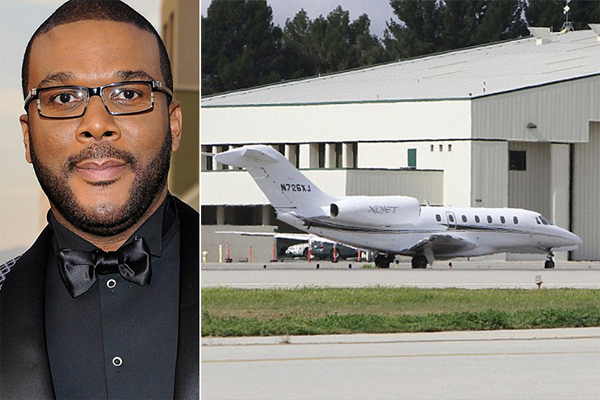 Guerrero was born in Chicago, Illinois, the daughter of Walter Coles, an American of English descent, and Lucy Guerrero, who was from Chile. …

She grew up in Huntington Beach, attending Edison High and Golden West College, and frequently went to sports events with her father, a social worker with the Salvation Army, and her younger brother.  Her mother, Lucy, died of cancer when Guerrero was 8. ~ LA Times

The woman on Frasier’s answering machine flies in on American Airlines Flight 11. Flight 11 was the first plane to hit the World Trade Center on September 11, 2001 and, in a tragic coincidence, David Angell, one of the show’s producers, was on the plane that day. ~ IMDb

Perry was born in New Orleans, Louisiana, as Emmitt Perry Jr., the son of Willie Maxine Perry (née Campbell) and Emmitt Perry, Sr., a carpenter.[11]  He has three siblings.[12]  Perry once said his father’s answer to everything was to “beat it out of you”.[13]  As a child, Perry once went so far as to attempt suicide in an effort to escape his father’s beatings. In contrast to his father, his mother took him to church each week, where he sensed a certain refuge and contentment.[13]  At age 16, he had his first name legally changed from Emmitt to Tyler in an effort to distance himself from his father.[1]

Many years later, after seeing the film Precious, Perry was moved to reveal for the first time that he had been molested by a friend’s mother at age 10;[14] he was also molested by three men prior to this, and later learned his own father had molested his friend.[15]  A DNA test taken by Perry indicated that Emmitt Sr. was not Perry’s biological father.[16] …

Perry describes himself as a Christian.[74]  He has become good friends with Janet Jackson, Will Smith, and Oprah Winfrey.[75]  Many of the themes in his work reflect theology and social behavior indicative of the predominantly black church culture, such as the many scenes in both his stage and screen work that feature church settings and worship styles commonly found in predominantly African American churches, including showcases of gospel music and artists.[76] …

Christian Hollywood film producer Tyler Perry revealed on Sunday at Lakewood Church that he was once a minister and went to seminary to pursue his passion. God later revealed to him, however, that his ministry would not be behind the pulpit. …

Perry shared the story of his abusive childhood spent living with dysfunctional parents and how faith and forgiveness factored in his rags-to-riches story.

He also revealed that everyone who enters his more than 300-acre studio in Atlanta, Georgia, has to pass over a Bible buried at the entrance of the property. ~ Christian Post 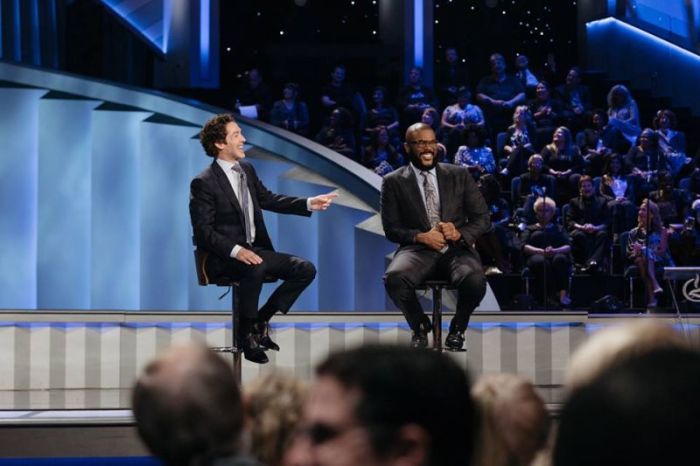 Tyler Perry has given his alter ego Mabel “Madea” Simmons, in what is billed as the final film of her escapades, a sweet and funny valedictory in “A Madea Family Funeral” (Lionsgate). ~ Catholic News Service 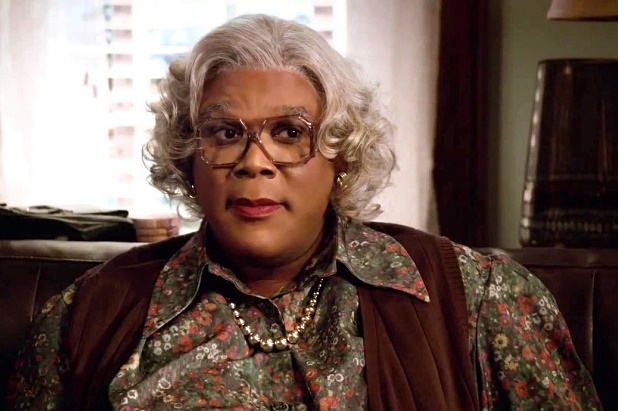 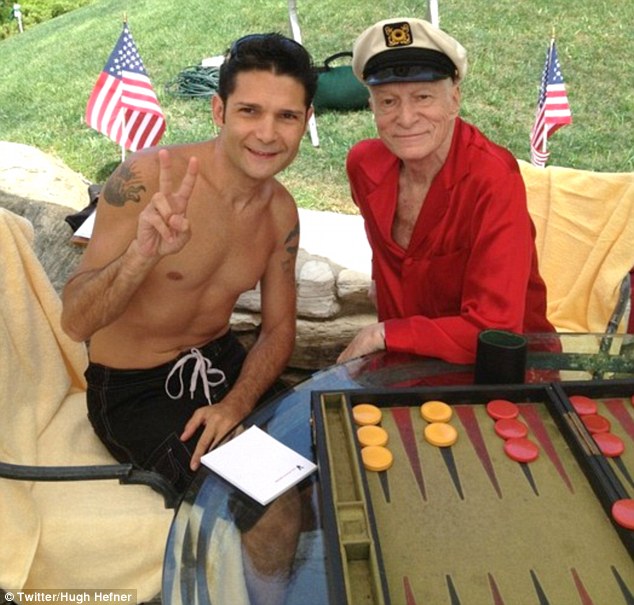 Clearly Tyler Perry is and Rome only allows those with such terrible flaws or burdens to represent real Christianity.

Half of the image for this story is cover art from the album killtherapists by Vatican Assassins.