With a few minor exceptions, Hercules 2014 followed such a predictable pattern of old and new hit movies it was almost as if powerful people simply said, “Make something that both glorifies and demystifies the Greek demigod and make sure it’s palatable.”

When I think of “Hercules” Dwayne “the Rock” Johnson is not the first image that comes to my mind.  Nor did the long hair and short beard make it any better for me.

Clearly, “the Rock” spent a long time in the gym preparing for the role and despite his previous wrestling career (sorry, because of it) is acting is good enough to help you suspend your disbelief—and he’s had plenty of practice.

The Internet Movie Database credits him with some 94 past and future acting projects to include “Black Adam” in the coming must-miss comic hero movie “Shazam!”

Eager to tap in to its rival, Marvel, DC comics had co-named the character “Captain Marvel” which is pretty gay even by comic book standards.

Wikipedia explains why “Shazam!” will be a must-miss for me:

The character was created in 1939 by artist C. C. Beck and writer Bill Parker, and first appeared in Whiz Comics #2 (February 1940), published by Fawcett Comics.

Shazam is the alter ego of Billy Batson, a boy who, by speaking the magic word “Shazam”, can transform himself into a costumed adult with the powers of superhuman strength, speed, flight, and other abilities. His name is an acronym of the six figures from whom his magical powers derive: Solomon, Hercules, Atlas, Zeus, Achilles, and Mercury. 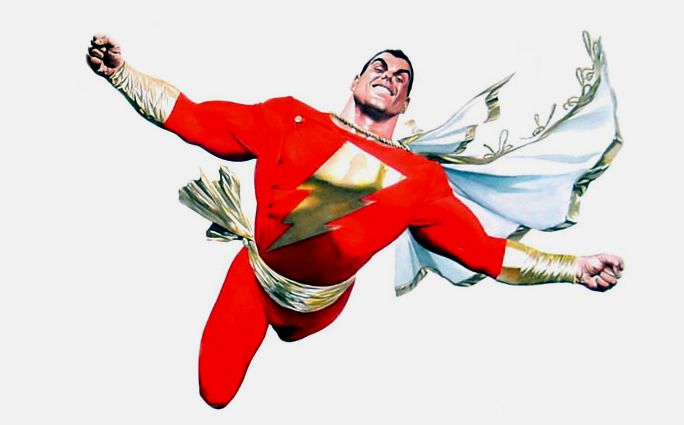 When it comes to being thrilled by an avenger of injustice it doesn’t get any more stupid than a little boy who utters a “magic word” to rush past puberty into a “combination of Solomon, Hercules, Atlas, Zeus, Achilles, and Mercury.”

Nor does it get any more dangerous or contradictory to the Christian world view.

Johnson’s best role so far has been as John Matthews in Snitch; the owner of a construction company who must immerse himself in a Mexican drug cartel to free his son from prison.  Snitch highlights all of the outrages of the prison/industrial complex and how it feeds off of the rigged “Drug War” but falls short in showing how high the scam runs (all the way to the top in the United States and elsewhere).

Hercules was actually the second movie depicting the Greek “hero” in 2014, behind the somewhat less well-known Legend of Hercules starring Kellan Lutz.

Why, you’d almost think Hollywood was trying to push an agenda glorifying the bastard hybrid offspring of the god Zeus.

Zeus was a busy god who sexually assaulted humans on a very regular basis.  The mother of Hercules, Alcmene, was just one of many, to include Leda, Antiope, Callisto, Europa and Ganymede (a boy).

Hercules’ real name is “Heracles”, “the glory of Hera”.  For every girl and boy Zeus raped there was a compounding of the crime by the jealous goddess Hera—Zeus would rape someone and then Hera would curse them or their offspring (she must’ve been muslim).  Alcmene had hoped to stave off her anger with the name but it didn’t work.  She sent two serpents to kill Heracles the toddler (not to be confused with British Prime Minister William Pitt the Younger) but quickly dispatched them.

Murdering small children before they can grow into a threat is an old story in the Bible from the unnamed Pharaoh of Exodus 1 who ordered all of Moses’ generation to be murdered by their midwives to Herod ordering all of the boys 2 years old and under to be slaughtered in Bethlehem in an effort to kill Jesus (both failed, by the way). 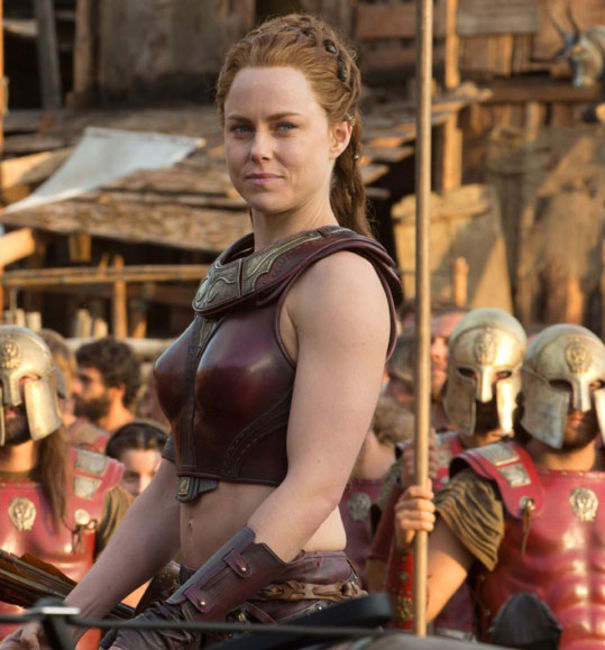 The first formula in Hercules 2014 is now a foundation of all Hollywood movies: all stories of men in camaraderie and combat must include at least one woman who can kick your ass.

The role of “Atalanta” (Ingrid Bolsø-Berdal1) was so ridiculously embellished I didn’t know if I was going to make it through the damn movie.  Not only can she kick your ass but she has the archery prowess of a metrosexual elf and saved the muscle-bound man-hero more than once.

In original Greek myth, Amazons would hack off one of their breasts to increase their skill wielding a sword but that detracts from outrageously-contrived amalgam of a woman who is both sexy and can kick your ass.

And speaking of departing from the original myth, in the movie, Iolaus (Reece Ritchie) is Hercules’ story-telling nephew.

According to Plutarch, he was Heracles’ boy play-thing.

Ah but Greek pederasty (man-boy “love”) and pedophilia never got in the way of telling a good story, did it?  Certainly rape and lust played a key role in the two 300 movies with their equally ridiculous depiction of every Greek male warrior being built like a body-building champion.  Although the violence was there in Hercules (but to a lesser degree), the sex was not, fortunately.

Another formula filler was the money-minded comrade who cuts all ties before the final battle because he got paid.  Not even Atalanta’s heartfelt “we’re all family!” speech was enough to keep Autolycus around.  But, at a key moment, he comes racing back in to turn the tide, just as Harry Luck (Brad Dexter) did way back in 1960 for The Magnificent Seven.

John Hurt as “Lord Cotys” wasn’t quite as active as, say, Bernard Hill’s “King Theoden” in the Lord of the Rings movies but he’s still a good actor.

There were actually several messages from the movie I liked, although none were clearly positive for a Christian audience, they appealed to me, personally.

One was, “The institutions you serve, aren’t what they appear to be.”  As someone who has spent nearly 20 years combined service in a military run by traitors and foreign insurgents, that resonated with me.

Another was to demystify the myths of your past.  There were mundane explanations for everything paranormal about Hercules yet he was still able to do somewhat superhuman things when he realized his potential.

If you’re Tony Robbins, this “everyone is a hero or an astronaut or a president at heart” is quite absurd.  But if you’re a humble Christian, it encourages you to take a stand in the Righteousness and Strength of Jesus Christ when you are called upon to do so.

Lastly, the message of ignoring the spiritualism of “fate” or “karma” to boldly change the future is similar in its application as well.

I have a sense that even these ideas were stolen from Exodus: Gods and Kings (2014) which I have not seen yet.  I’ve already heard complaints from Christians who have that explanations for the plagues of Egypt and the leadership of Moses were too mundane but I have found that YHWH takes great pleasure in the quiet and subtle over the brash and miraculous.

I learned from watching Noah not to let Christian “experts” guide me for or against something I haven’t seen for myself.

Sadly, even the demystifying of a hero whose mother was raped by a god to create a superhuman hybrid takes audiences in the wrong direction as well (on purpose, I’m sure).  Gene-splicing, genome-mapping, cloning and Mengele-esque experiments on humans and animals to create super-soldiers and the like are a fact attested to by even “mainstream” sources.

150 Human Animal Hybrids Grown in UK Labs: Embryos Have Been Produced Secretively for the Past Three Years — The Daily Mail, 22 July 2011

If you’re a Christian, the closest thing you’ll find to your faith will be the occasional quip to “seek forgiveness from Zeus.”

If that’s the plan for the people behind and in this movie, I say “Good luck with that.” 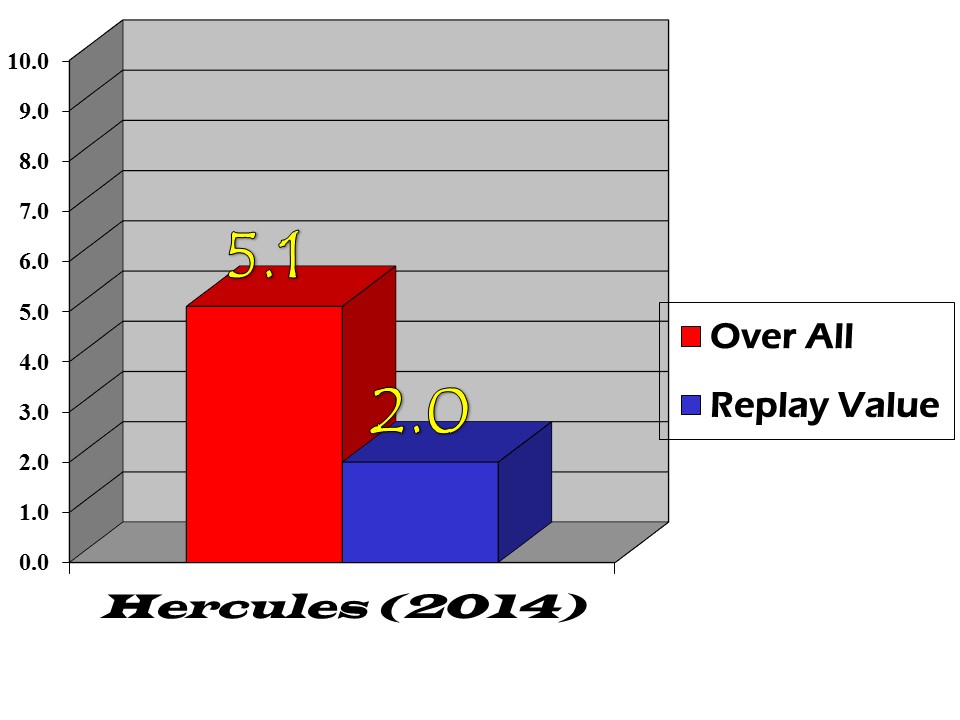