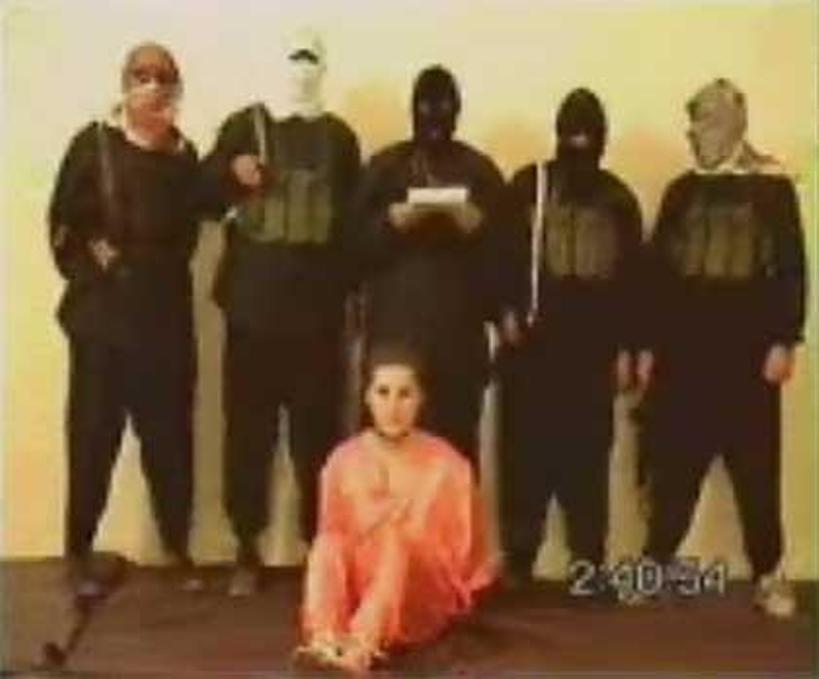 The Disease of Liberalism

Did the animals know they were getting a “two-fer” when they murdered poor Nick Berg? With all of the bizarre aspects of what happened to Nick I wouldn’t doubt it if they did.

That is certainly the case when you examine what Nick’s father, Michael Berg, is spewing out to the grateful press—

Nicholas Berg died for the sins of George Bush and Donald Rumsfeld…The al-Qaida people are probably just as bad as they are, but this administration did this.

That’s not a stretch at all. We all know the President and Secretary of Defense have brutally murdered lots of people. Strangely, the media let Berg get away with a comparison that is nothing short of delusional.

In the interview from outside his home in West Chester, Pennsylvania, Michael Berg also said his 26-year-old son, a civilian contractor, probably would have felt positive, even about his executioners, until the last minute. “I am sure that he only saw the good in his captors until the last second of his life,” Berg said. “They did not know what they were doing. They killed their best friend.” ~ Jon Hurdle, Reuters

It’s not clear exactly what planet Mr. Berg is actually from. But, as all leftists do, Berg went on to huckster what happened to his son to promote his extreme leftist agenda—

On the front lawn of the Bergs’ home was a blue sign with that read: War is not the answer. Michael Berg said he posted the sign there. It belonged to an organization called ANSWER, which is an acronym for Act Now to Stop the War and End Racism. Berg has been a member of the group, he said, since participating in a rally in Washington, D.C., in March 2003.

“It is something that I am not ashamed of. I am proud of it.” He continued, “I think stopping the war and ending racism are extremely important things that this world has to do right now. I am proud to be a member of ANSWER and I plan to be at the march on June 5. I know it is considered a radical group,” Berg said. “but I want to ask: Radical as compared to what? The Bush administration? I’ll be radical.”

Berg also directed a question to the president. “I would like to ask George Bush a question. I would like to ask him if it is true that al-Qaida offered to trade my son’s life for the life of another person,” Berg said. “And if that is true. I need that information … and I think the rest of the people of the United States of America need to know what the fate of their sons and daughters might be in the hands of the Bush administration,” he said. ~ R. Jonathan Tuleya, Daily Local News

One thing is missing in this delusional diatribe—personal responsibility, starting with Mr. Berg himself. Nick Berg was a loose cannon. A cannon that careened into Sept. 11 conspirator Zacarias Moussaoui when the 2 were in Norman, OK together (according to FoxNews.com). A loose cannon that Philly.com described as having a “wanderlust” that brought him from Africa to Turkey to Iraq—alone.

When Berg was arrested in Mosul, he had two items with him that made authorities nervous: a copy of the Koran and another book reportedly entitled either “The Jewish Problem” or “The Jewish Solution.” Why a Jew would be carrying these items is unclear, but Berg supporters say it was like him to be curious about such things.

Berg also refused to leave Iraq when asked to do so by the State Department. He not only apparently felt the need to help rebuild Iraq, but he also wanted to go into business doing so. He told jailers that he was losing thousands of dollars while being detained.

He had worked in Africa (Uganda) and had a relative living in Mosul, so that’s where he went in Iraq. He was arrested only because he was an unaccompanied American in a place where that was highly unusual. A military source in Iraq told the Philadelphia Daily News, “He was jailed because unescorted Americans aren’t usually seen downtown and ‘they didn’t know what to do with him. Police were suspicious because of ‘his demeanor’” and the two books he carried. Berg was, according to the paper, “under Iraqi control … the FBI also questioned Berg three times and visited his parents back in West Chester.” Authorities tried to tell Berg to go home and offered to pay for everything, but he told them: “You don’t understand these people like I do. You’re here for a reason – and so am I.” ~ Carl Limbacher and NewsMax.com

Is Michael Berg giving aid and comfort to this nation’s enemies? —(As of this writing) type “Berg blames Bush” into Google and the very first web site listed is Aljazeera.Net. Just as with the handful of families of the 911 victims who have become Democrat/media puppets, grief and/or personal loss is not a blank check to spew anything out of your mouth that comes up. The vast majority of us are afraid to counter a haughty family member full of righteous indignation over their loss. But Scripture tells us that no one is above reproach, regardless of their life experiences—

The mind of man plans his way, but the L-RD directs his steps.
Many plans are in a man’s heart, but the Counsel of the L-RD will stand.
Man’s steps are [ordained] by the L-RD, how then can man understand his way?

And that means that you can throw away your righteous indignation and accept your pain as part of His unknowable Genius and Loving efforts to bring you to Him.