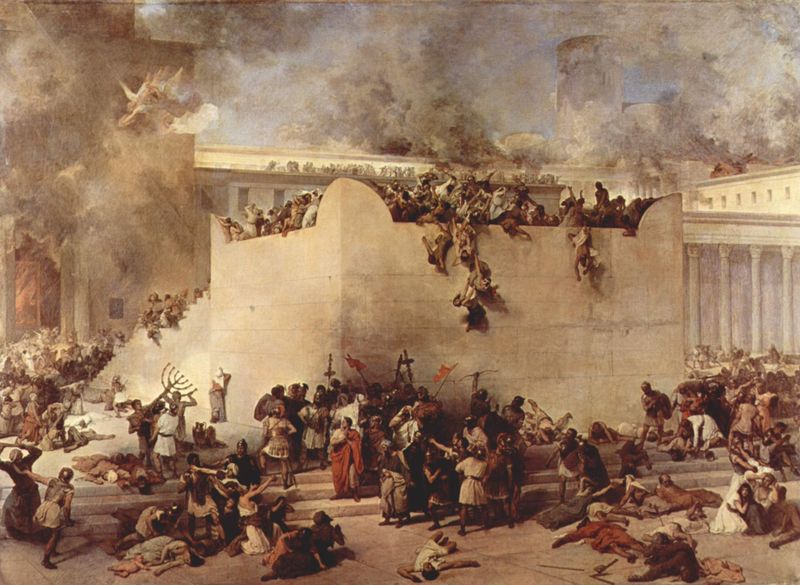 “This Generation Shall Not Pass…”

“Truly I say to you, this generation will not pass away until all these things take place.” ~ Jesus Christ, quoted in Matthew 24:34

Did Jesus give a false prophecy?

In the beginning of this chapter Jesus Christ explains the parameters and world events that are to take place before His Return; wars, earthquakes, famines, false christs and the complete destruction of the Temple — “Not one stone shall be left upon another.” (Matthew 24:2)

But the Temple wouldn’t just be destroyed, it would be desecrated in the Holy of Holies, per the Prophet Daniel:

Daniel 9:24-27
24 “Seventy weeks have been decreed for your people and your holy city, to finish the transgression, to make an end of sin, to make atonement for iniquity, to bring in everlasting righteousness, to seal up vision and prophecy and to anoint the most holy place.”
25 “So you are to know and discern that from the issuing of a decree to restore and rebuild Jerusalem until Messiah the Prince there will be seven weeks and sixty-two weeks; it will be built again, with plaza and moat, even in times of distress.”
26 “Then after the sixty-two weeks the Messiah will be cut off and have nothing, and the people of the prince who is to come will destroy the city and the sanctuary. And its end will come with a flood; even to the end there will be war; desolations are determined.”
27 “And he [the “prince” of verse 26: the anti-Christ] will make a firm covenant with the many for one week, but in the middle of the week he will put a stop to sacrifice and grain offering; and on the wing of abominations will come one who makes desolate, even until a complete destruction, one that is decreed, is poured out on the one who makes desolate.”

We could spend volumes, alone, on this amazing prophecy in the Book of Daniel known as “Daniel’s 70 Weeks” but what is immediately obvious is that, even here, Scripture does not follow an “ordered”, Western encyclopedic chronology but more of an Eastern poetic jumping around in time.

What is a “generation”? The Greek term geneá [Strong’s NT:1074] and can be extrapolated to mean a literal generation, a nation or an era.

Perhaps it is meant to mean both.

Certainly, given that the nation of Israel was miraculously brought back to life in 1948 with a Declaration of Independence by Israel’s first Prime Minister David ben Gurion, the clock is still running on the “generation” that represents the Hebrews. However, there are some other aspects of this prophecy that are astoundingly specific.

Many scholars date the Crucifixion of Jesus Christ in the year 32 AD, utilizing some historical documents such as the Elephantine papyri.

According to the Roman-commissioned Jewish historian Josephus, the Temple was destroyed by Roman soldiers during the siege of Jerusalem in 70 AD against General Titus’ orders. Tradition has it that the heat of the fires that consumed the Temple melted the decorative gold into cracks between the stones. As a result, soldiers and looters literally took apart the structure leaving “not one stone upon another”.