THE AGE OF THE MACHINE IS UPON US

Control Dangerous AI Before It Controls Us, One Expert Says

MSNBC: Keeping the artificial intelligence genie trapped in the proverbial bottle could turn an apocalyptic threat into a powerful oracle that solves humanity’s problems, said Roman Yampolskiy, a computer scientist at the University of Louisville in Kentucky. But successful containment requires careful planning so that a clever breed of artificial intelligence cannot simply threaten, bribe, seduce or hack its way to freedom.

“It can discover new attack pathways, launch sophisticated social-engineering attacks and re-use existing hardware components in unforeseen ways,” Yampolskiy said. “Such software is not limited to infecting computers and networks — it can also attack human psyches, bribe, blackmail and brainwash those who come in contact with it.”

In deference to the good doctor, the late Michael Crichton got rich on the idea that “Chaos Theory” means there is no such thing as a “bottle” for that “genie”. 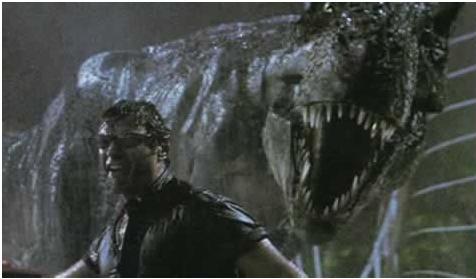 Yet Another Warren Buffett-Owned Company Sued for Tax Evasion

The Blaze: Bloomberg News reports that Buffett’s Berkshire Hathaway, owns an airplane company that has been sued by the Federal Government for no less than $366 million in back taxes.

The Blaze: “Wind farms in the Pacific Northwest – built with government subsidies and maintained with tax credits for every megawatt produced – are now getting paid to shut down as the federal agency charged with managing the region’s electricity grid says there’s an oversupply of renewable power at certain times of the year,” Q13 Fox reports.

Keep in mind, as mentioned in the above, these companies were built with government subsidies and have been maintained with tax credits. To put it plainly: the government is offering to compensate companies that it subsidized and then ordered to stop doing what they were subsidized to do in the first place.

The Wall Street Journal: Evergreen Solar Inc. said it has failed to find a buyer for its Devens, Mass., plant and plans to walk away from the facility, which was launched with some $50 million in state aid.

The company asked a bankruptcy judge for permission to abandon the property before a $543,000 property tax bill comes due.

Evergreen has a deal with its landlord, Massachusetts Development Finance Agency, to get out of the ground lease for the facility, according to papers filed in the U.S. Bankruptcy Court in Wilmington, Del.

WORST OF BOTH WORLDS: TINKER WITH HUMAN DNA TO CURB THE LIE OF HUMAN-CAUSED “GLOBAL WARMING”

The Blaze: … a New York University philosophy and bioethics professor, who believes humans are the cause of global warming, wants to take it right to the source: the genetics of humanity itself. Matthew Liaoof NYU and two Oxford co-authors (Anders Sandberg and Rebecca Roache) are making the case for several ideas that they believe are less risky solutions to global warming compared to other ideas, such as geothermal engineering.

Their argument was presented in the academic journal Ethics, Policy and the Environment in February. The authors explicitly describe the idea as “human engineering,“ or the ”biomedical modification of humans so that they can mitigate and/or adapt to climate change.” It should be noted, that the authors are not stating that this sort of engineering should be adopted, but they merely want to make the case for it “alongside other solutions in the debate about how to solve the problem of climate change.” If human engineering were ever to be truly considered as an option, the authors state it should be voluntary with the potential for tax breaks as an incentive.

Absolutely Mr. Liaoof! And let’s give the job of how we get engineered over to the experts at DARPA and the NSA.

NYT Pays Former CEO $24 Million To Go Away; The Paper Made $3 Million Total Over The Last 4 Years

Tech Dirt: Unlike some, I’m not that up in arms over high CEO pay… if they deserve it. In an open market, if an executive can command top dollar, based on strong performance, I’m all for it. However, if the pay is so totally divorced from performance as to be completely laughable, you have to wonder what’s up. Case in point: former NY Times CEO Janet Robinson received an “exit package” of $23.7 million.

That BASTION of truth-telling, the New York Times. Seems like “PROPAGANDA IS BUSINESS but BUSINESS IS ONLY GOOD FOR THE ELITES”!

The Examiner: On Monday, Eric Holder’s Department of Justice barred the proposed Texas voter ID law from taking effect. Writing for the DOJ, Assistant Attorney General Robert Perez claimed that the law requiring all Texas voters to present a state issued photo ID at the polls would “adversely affect Hispanic voters” because they are “more than twice as likely not to have valid photo identification than non-Hispanic registered voters.”

Fascinating. Outrageous bold-faced institutional racism aside, one what authority does this bureaucracy negate the laws of the state of Texas and, even more importantly, why are Texans putting up with it?

U.K. Daily Mail: Bono’s anti-poverty foundation ONE is under pressure to explain its finances after it was revealed that only a small percentage of money it raises reaches the needy.

The figures published by the New York Post also show that £5.1million went towards paying salaries.

Many questioned what was going on Wednesday night as a Black Hawk helicopter and four OH-6 choppers – or “Little Birds” – flew over the city, at one point hovering just above the US Bank building downtown and later flying low over the Staples Center as the Lakers played inside.

Pretty soon, as military helicopters and armored cars come to your neighborhood to arrest those pesky Tea Partiers you won’t even bat an eye at what used to be a treasonous sight.

WHO WATCHES THE WATCHERS?

Prison Planet: The Department of Justice will ask a federal court to uphold the secrecy that surrounds the working relationship between Google and the National Security Agency in a hearing that is scheduled for next week.

SKYNET IS UP…AND HITLER IS RUNNING IT

Wired: Under construction by contractors with top-secret clearances, the blandly named Utah Data Center is being built for the National Security Agency. A project of immense secrecy, it is the final piece in a complex puzzle assembled over the past decade. Its purpose: to intercept, decipher, analyze, and store vast swaths of the world’s communications as they zap down from satellites and zip through the underground and undersea cables of international, foreign, and domestic networks. The heavily fortified $2 billion center should be up and running in September 2013. Flowing through its servers and routers and stored in near-bottomless databases will be all forms of communication, including the complete contents of private emails, cell phone calls, and Google searches, as well as all sorts of personal data trails—parking receipts, travel itineraries, bookstore purchases, and other digital “pocket litter.” It is, in some measure, the realization of the “total information awareness” program created during the first term of the Bush administration—an effort that was killed by Congress in 2003 after it caused an outcry over its potential for invading Americans’ privacy.

Infowars: Jeff Lewis is a nationally known motivational speaker and a quadruple amputee. Even though he is well known by the TSA and other airport staff, he is routinely subjected to demeaning enhanced pat downs by TSA staff.

TSA Terrorize Child in a Wheelchair

WARNING TO THE LUCIFERIANS DRIVING THE SO-CALLED “NEW WORLD ORDER”: Just as Moses drowned the entire army of Pharoah the way a Pharaoh had intended to drown him (Exodus 14:26-29), just as Haman was hung on the gallows he prepared for Mordechai (Esther 7:9-10), just as king Saul was forced to kill himself with the sword he intended to kill David (I Samuel 31:4), so will the best-laid plans of the enemies of Almighty G-d (abbreviated out of respect) be turned back upon them!