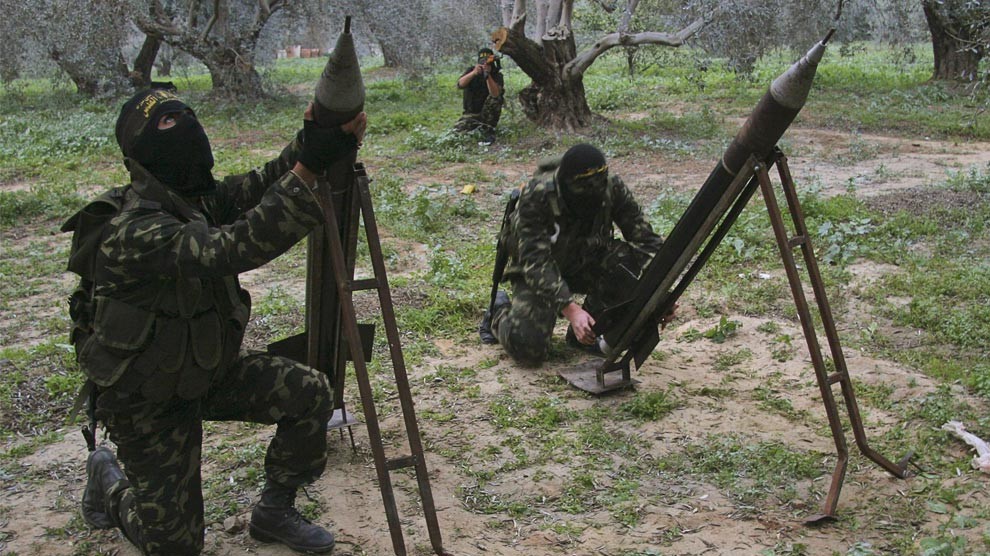 Israel is an apostate nation. G-d sent His only Son to be tortured to death out of love for JEWS FIRST [Romans 1:16]. Saving Gentiles was a cross between a miracle and an afterthought. They responded by being central to the murder of their own Savior then [Acts 2:36], and actively antagonistic to the Gospel and it’s Witnesses ever since.

However, I really have to laugh ironically over the world reaction to the assassination of Sheikh Ahmed Yassin, founder of the Islamist-slaughter organization “Hamas”. The man was a bloodthirsty killer—a serial murderer! There are many like him still alive (like Yassir Arafat).

I still can’t fathom the terrorist mindset that says “If you’re impotent against a government you don’t like, slaughter innocent civilians to get your way.”

The immediate course of action should be for Israel to execute (through her military) every single known “leader” of such groups, arrest anyone who sympathizes (which would be nearly the entire Palestinian population) and close every madrassa they find. That will never happen because Israel suffers from Westerners disease: freedom causes lusts of the flesh to abound and weakens hearts, minds and backbones. —Something that Muslims have very accurately chastised the West for.

But the long-term solution to Middle East bloodshed is beyond either Jew or muslim to comprehend. The fact is that the land southwest of the Euphrates and northeast of the Nile was given to Abraham and his descendents [Genesis 15:18]. It was never part of the Johnny-Come-Lately religion of Islam until muslims saw it was a way to get at Jews.

But what G-d gave Israel has been gutted and destroyed by their lack of faith and rebellion against the Great Prophet He sent in the likes of Moses [Deuteronomy 18:15]. Y’shua of Nazareth fulfilled so many Old Testament prophesies concerning the Messiah that it is statistically impossible for Him to claim them by random chance. Yet he was humiliated and killed, but before that was done, He prophesied that the foundation of Judaism—the Temple in Jerusalem and the Mosaic Law of sacrifices—would be taken away. That is what happened in 70 A.D. when Titus of Rome destroyed the city. To this very day, Judaism can not even be true to itself because no blood is being constantly shed for sin. So muslims teach their children to hate Jews and Jews give more and more of their inheritance away to muslims.

One day Christ will return and stand on the Mount of Olives [Zechariah 14:4] and there will be no doubt then who is in charge.

We can slow down the killing by sending Christian compassion to both sides (good luck getting either side to accept it), but until the Prince of Peace reigns in the Middle East, there will be bloodshed.