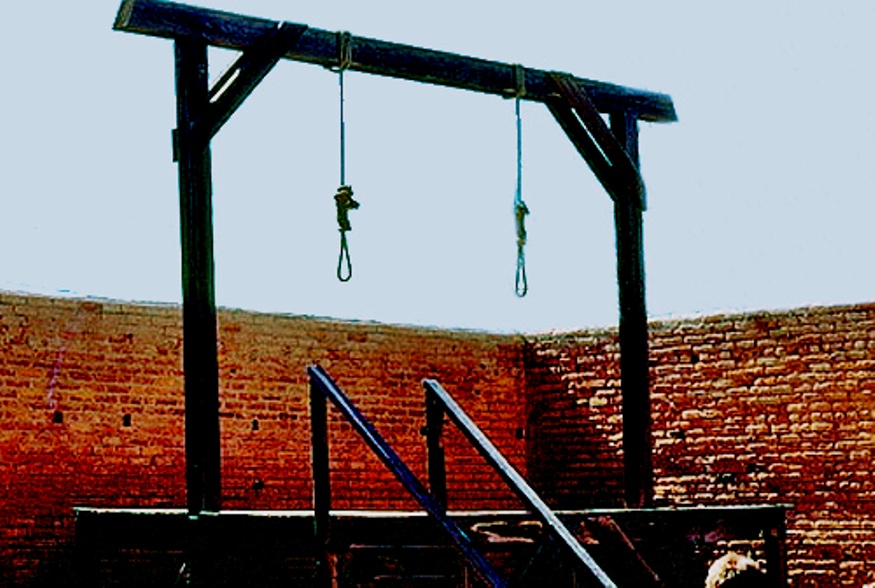 SMYRNA, Del. — A convicted serial rapist took a woman prison counselor hostage for more than six hours Monday at a state prison before he was killed by a sharpshooter, authorities said. ~ Associated Press

My wife and I have really gotten into watching crime drama/documentaries like A&E’s “Cold Case Files” and “FBI Files” because it’s great to watch predators commit a crime 20 years ago then get caught as a lead or technology catches up with them.

—Until the end of the show where the sentencing is revealed. Then it’s fist-pounding time. The frustration gets unbearable as we watch prosecutors cut deals and judges cut sentences. The worst sentence a predator can get is a gentle injection or soothing gas sending them to the Judgment Seat. Too bad their victim didn’t get the same consideration.

This nation is decadent and the justice system is a good case study. I shake my head in disbelieving disgust when I hear about the Europeans or the Mexicans wagging their fingers at us in righteous indignation because a tiny minority of America’s criminals sometimes face the death penalty. How uncivilized that America should suggest there are despicable acts whose consequences could result in forfeiture of life!

“Whoever sheds man’s blood, by man his blood shall be shed, for in the Image of G-d He made man.” ~ Genesis 9:6, NASU

Acts 5 talks about Ananias and Sapphira, 2 people who were struck dead because…they lied about how much of their money they gave to the poor!

This from a great web site—

Given that lying to G-d is a capital crime in the New Testament (you know, the part with all the “love” and “forgiveness”), it’s about time serial rapists reap the whirlwind—and at the end of a rope, not some gentle needle or gas:

If a man has committed a sin worthy of death and he is put to death, and you hang him on a tree, his corpse shall not hang all night on the tree, but you shall surely bury him on the same day (for he who is hanged is accursed of G-d), so that you do not defile your land which the L-RD your G-d gives you as an inheritance. ~ Deuteronomy 21:22-23, NASU