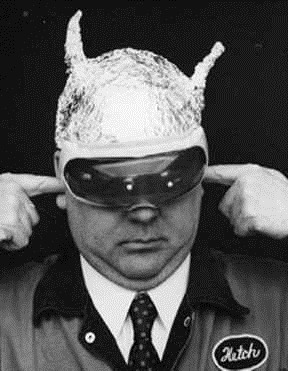 John Lear is the golden child heir to the fortune of his inventor father Bill Lear. His resume includes extensive work for the CIA and, having flown for a ridiculous 20 different airlines its clear he never left The Firm.

In this episode of “Coast 2 Coast AM” we are treated to two government agents of outrageous fables; Lear and “Richard C. Hoagland” (don’t ever forget the “C” as in “C how stupid I think you are”).

Hoagland is the same schmuck who wrote an entire book that attempted to deflect criticisms of the moon landings by creating the hoax conspiracy that went “yes, the pictures of the moon have anomalies like no stars and were touched up but it was to hide the massive structures made of glass.”

I kid you not.

In the course of researching the work and claims of former DoD historian Douglas Dietrich, I found that one of his critics was none other than John Lear.

But what fascinated me and sowed this all together was that in the same fringe blog that Lear used to discredit Dietrich he also promoted the idea that the Nazi Holocaust of the Jews was a fabrication and that “Zionists” rule the world.

The reason for the ‘holocaust myth’ is to prevent anybody thinking they, (Nazi/jewish people) would ever be allied.

As you can see from the quote, he’s also an impeccable writer.

“Divide and Conquer” is one of the oldest strategies in the book and the CIA uses it to perfection. They have rendered the Liberty/Freedom movement nearly impotent with the outrageously exaggerated reach of “Jesuits” and “Zionists”.

It was extremely instructive to learn of an SAS team caught impersonating locals and killing Iraqis in an attempt to foment internecine hatred between Shias and Sunnis in Basra, 2005. The British used armor to flatten whole buildings to recover the humiliating assets.

So next time you get sucked in to “ZIONIST PLOT!” know that someone in a sterile Langley office is laughing as they read your comments.