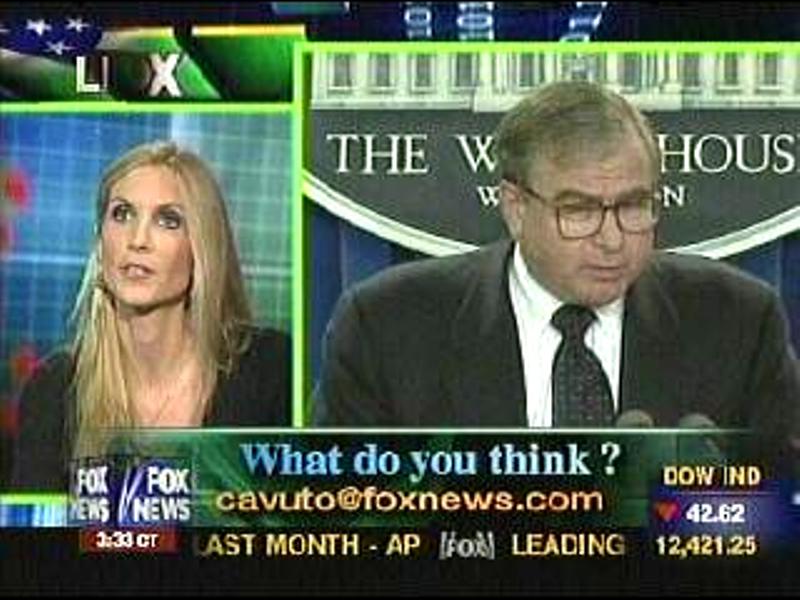 It’s been a little over 2 weeks since the story broke of former Clinton National Security Advisor Sandy Berger stealing highly sensitive documents from the National Archives. You still remember it don’t you? Is there anything that you could think of that would be more outrageous? —During a war, a national security advisor from a previous administration steals documents concerning that war and destroys some of them. Somehow, the “mainstream media” just never thought this was newsworthy. This from a recent Ann Coulter column:

The New York Times’ response was to hysterically accuse the Bush administration of corruption. In a front-page story the week the story broke, the Times accused the Bush administration of leaking the news of the Berger investigation for cynical political reasons – based on the Times’ careful accretion of no facts whatsoever. Meanwhile, the front-page story on the scandal itself – well, actually, that didn’t make the front page. That story was demurely reported on page A-16 of the Times. ~ I’ll Have The Sandy Berger And A Side Of Lies, posted on WND 04 AUG 04

Just when you thought you had heard the last of the most despicable administration of all time, Clinton finds a way to continue his desecration of the highest office of the most Christian nation on the Earth—it was he who urged Berger to cover their tracks with what he did. Coulter again:

Here is Coulter’s article in full: I’ll Have The Sandy Berger And A Side Of Lies

It has now become more clear why Berger would go to such outrageous lengths to steal highly secret documents regarding terrorism during the satan administration—the “Age of Terror” that we now live in didn’t begin on September 11, 2001. It began—and was even fueled—during the Clinton presidency and each event was systematically buried with the help of a sympathetic press—