Michael Bay is making a lot of money off of taking childhood toys and comics of the 80’s and 90’s and using Megan Fox to turn them into mindless sex-driven tripe.

As a child of the 70’s and teen of the 80’s I was into comic books and it has been both thrilling and infuriating to see my childhood come to Helliwood magick*. That’s why I’ve spent the majority of my movie reviews on comic book movies.

But the same passions I have for those I can easily transfer to franchises that are after my time like Transformers, GI Joe and the Teenage Mutant Ninja Turtles.

What Helliwood is capable of today is absolutely thrilling. Truly we are fast approaching a time when anything you can imagine can be brought to realistic life on screen.

Up until now, there have been limitations on Computer-Generated Imagery (CGI) that still fall short of tricking you. In many sub-par examples, the image has a grey, surreal quality.

But today, between talent in writing, acting and movie production, your wildest ideas can thrill you with little need to “suspend disbelief”.

Now, the problem is that the world is run by literal satanists who don’t want you “thrilled” or inspired, they want you distracted and sex is one of the easiest ways to do that.

When Bay brought Hasbro’s Transformers (2007) to Hollywood he had the best of everything at his disposal…and yet he brought in Megan Fox anyway.

Road kill will outshine Fox’s attempts at acting but men look right past it to her mammary glands.

The scene where “Starscream” drops out of flight simultaneously transforming and flipping up underneath a bridge to launch a missile attack on Hoover Dam was just masterful.

This was made extremely helpful by the fact that the flawed F-22 Raptor was the military/industrial complex du jour hardware of the day.

Bay and the morons behind TMNT (2014) interwove Fox so much into the plot I wanted to vomit.

It started when TMNT creators Peter Laird and Kevin Eastman sold the rights to their ideas in 2009 to Nickelodeon. They must’ve made a sh*t-ton of money when they whored themselves. I hope it was worth it. I’m not an expert in TMNT lore but I will guarantee that the majority of TMNT (2014) was fabricated out of whole cloth to needlessly weave Megan Fox into every facet of it.

To begin with, she looked nothing like April O’Neil (her hair was even darker in the screen edition verses this promotional pic). It was the first thing my wife said as we watched. 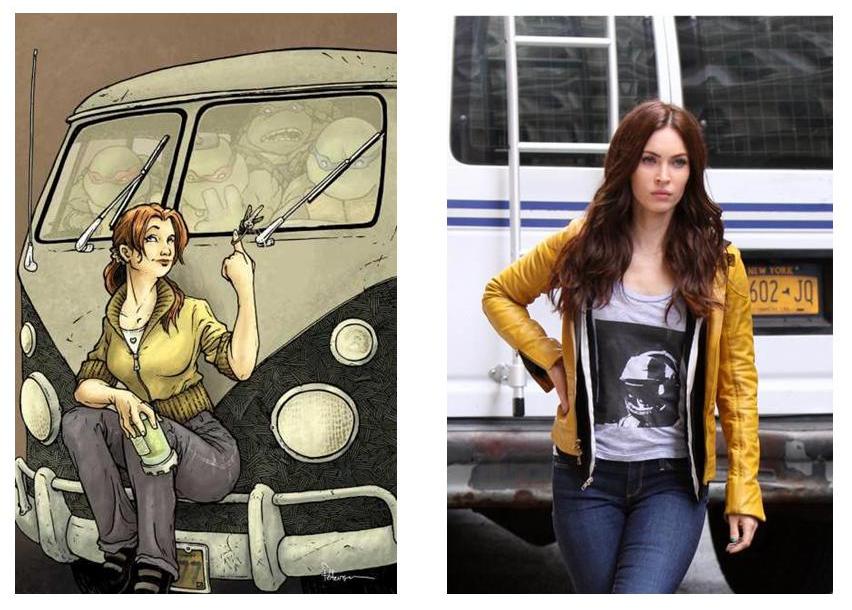 Her daddy was on the project that created their mutating serum.

The turtles and rat were her pets.

Her daddy tried to burn them all alive when he found out that his evil partner had nefarious designs on them.

How much they all owed her became a pivotal point of the plot. Their big “Thank you for saving our lives!!!” was an acute vomit-fest.

Either this was an overt agenda by “the Illuminati” to continue to make men shut off their brains and “think” through their loins or Fox is sleeping with Michael Bay and she’s really good in bed (or he has really low expectations).

Perhaps a little bit of both.

Speaking of who didn’t look like the original; the evil Foot Clan ninjas were turned into some kind of Blackwater street thugs. Normally I’d love and fully support beating down NATO’s new mercenary class but not here and it wasn’t even a good facsimile. This wasn’t even my childhood and I was still greatly annoyed.

Will Arnett plays April O’Neil’s fawning cameraman Vernon Fenwick. Don’t know the guy but he did a decent job in a forgettable character. He’s also billed as a “writer” and “producer” so I hope he has more vision than Michael Bay. I don’t even remember this character but I do remember the hockey-mask-clad baseball-bat-wielding Casey Jones who wasn’t in the movie. I really hope it wasn’t because they are saving him for a sequel.

I’m not into pop culture like my wife so I didn’t recognize too many other cast names. 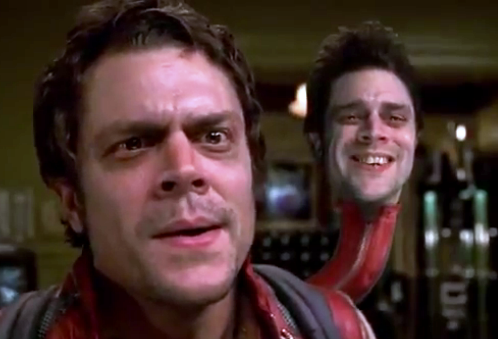 Johnny Knoxville was the voice of Leonardo and I do recognize him as “Scrad/Charlie” from the charming Men in Black II (2002)—a series which takes real, demonic entities and makes them cutsie and fun.

Knoxville is best known as the “brains” behind the brain-dead Jackass movies. If you wanted to take “distraction” to a new low that included copious opportunities for the Elite to mock humanity as well as sickening ways to encourage gullible kids, there’s “Jackass”.

The character, per sé, and the acting were good, actually. It’s the person of “Whoopi” that annoys the hell out of me. She’s a consummate Libtard who has an easily rectified physical flaw that neither she nor anyone around her brings up like an emperor without any clothes: she has no eyebrows.

You don’t need to pull a Groucho Marx but, for heaven’s sake, is there an easier flaw to fix, especially in Helliwood?!

I didn’t realize that the voice of Spinter was Tony Shalhoub. He’s a household favorite from his TV series Monk; the obsessive-compulsive detective. He, too, was in Men in Black II. If being entertained is a reason for high marks, Shalhoub gets them from me.

A clear sign of bad movie-making and actors/actresses whom you can’t trust to be pushed is when one character speaks in a foreign language to another who supposedly understands them yet carries on the conversation in English.

Several times, “Shredder” (Tohoru Masamune) speaks in Japanese; once to his henchwoman “Karai” (Minae Noji) and once to the villain he supposedly raised himself in Japan, Eric Sacks (William Fichtner).

Fichtner, in particular, is an accomplished actor with a long list of movie appearances. He seemed more than capable of learning a few lines of passable Japanese but, apparently was never asked to. Utterly cheesy and those could’ve been moments that strengthened a terrible movie.

It reminded me of the opening scene in Babylon A.D. (2008) where Vin Diesel (playing the lead character of “Toorop”) was accosted by Russian-speaking “Karl” (Radek Bruna) and carries on a similar no-talent Russian/English conversation.

This is in stark contrast to the passable German and near-flawless French of Michael Fassbender in X-Men: First Class (2011). 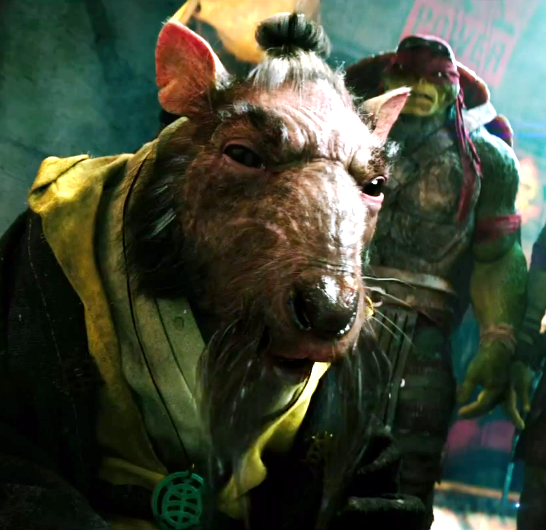 The way Splinter looks and sounds is great…the amount of disbelief and dismissal the audience has to apply to see how he got there was beyond terrible.

The character of Michelangelo/Mikey was, of course, charming but it’s so easy to do that not even Michael Bay could ___ it up.

The idea that a big-pharma company would create both a mega-virus and its cure in a get-rich scheme is a great plot. Understanding the Hegelian Dialectic of a “strategy of tension” is critical to waking up.

The best part of the movie is when the turtles are patiently waiting in an elevator to stop Shredder at the top of a tall building and Mikey uses the elevator chimes to start breaking down and is joined by his brothers until the door opens and they rush out screaming. Sadly, the movie never got any better than that.

I think what has me the most upset is that the movie could’ve been kick-ass (no, much better than Kick-Ass). Mutant teenage ninja turtles, ethnic Japanese bad-guy heavies, a sage sensei rat—they’re all fantastic fodder for modern movie-making. 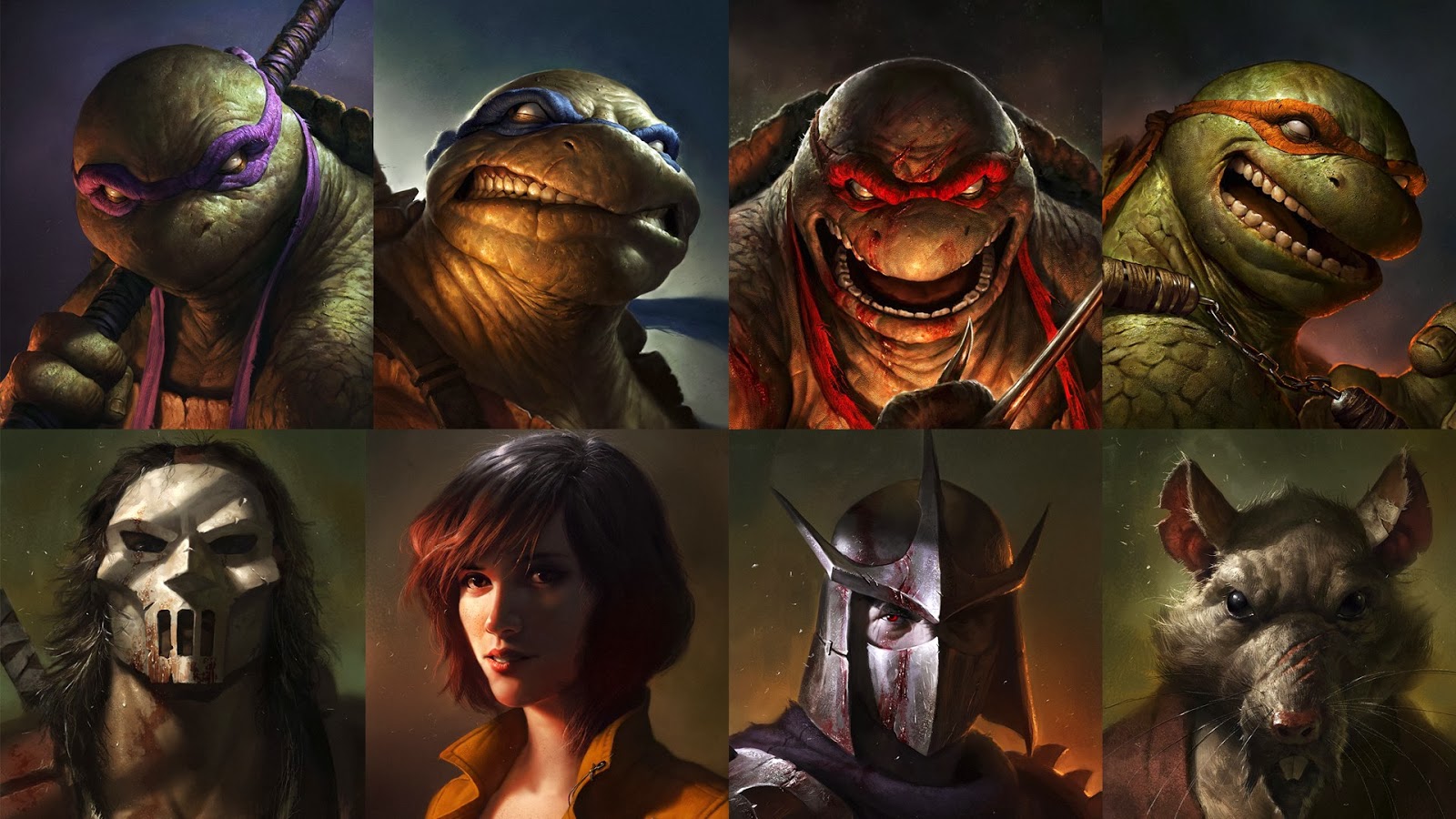 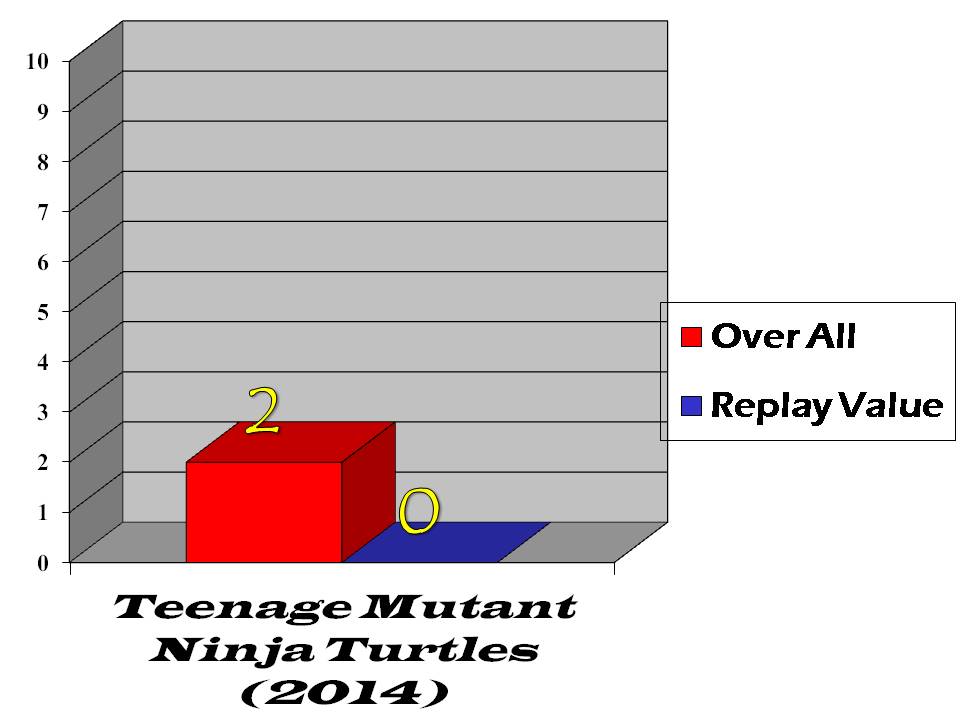 * I guess I’m being sarcastic and cynical again. “Magick” is the term Alesiter Crowley came up with to describe the perverse and satanic rituals he performed in an effort to conjure intelligences from another dimension. See my book Illuminati Unmasked for more.