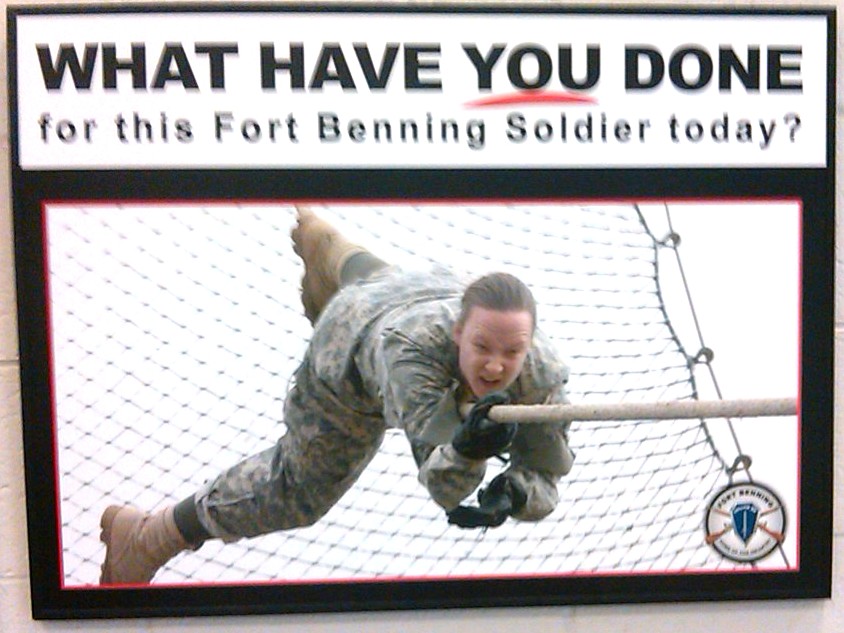 If you watch Hollywood movies, go to most any college or listen to the “mainstream” media, you’d hear about our “brave men and women” serving in the United States military.

But is our co-ed policy the right one? Despite much controversy, our politically-correct government leaders—whether in the White House or the Pentagon—have swallowed the concept hook, line and sinker. This from the Department of Veterans Affairs Center for Women’s Affairs web site—

From the Revolutionary War to the present, America’s women veterans have been invisible heroines. They are true examples for future generations that securing our country’s liberty and freedom are everyone’s responsibility.

Close to 35,000 women served in the Persian Gulf, and they served well. The success of their service can probably be best measured by the fact that many new positions and career specialties have been opened to women in recent years.

How’s that for logic?! —Force women on the military in ever-increasing numbers then use the very act as proof that more forcing is necessary and good. Pure propaganda. Just like the story of Jessica Lynch. Remember? She had an M16 in one hand and a knife in the other as she slaughtered Iraqis before being overwhelmed by sheer numbers and then finally captured.

Unfortunately, the truth has a way of getting out, not only about the inspiring fight that never occurred, but also about the gender-specific torture Lynch endured thanks to our moronic policies. Jessica eventually revealed some of the horrors of her experience in a recent book, much too late to kill off the hype and quick-acting Congressional changes further widening the women-in-combat floodgates.

Although I voted for the current president, neither he nor his administration is being remotely honest or accurate about how desperately under-manned the Army is right now.

WASHINGTON The U.S. Army for the first time is placing women in support units at the front lines of combat because of a shortage of skilled male soldiers available for duty in Iraq and is considering repealing the decade-old rule that prohibits women from being deployed alongside combat forces, according to Pentagon officials and military documents.

Army officials admit the changes will increasingly place women, who make up about 15 percent of the armed forces, in combat situations, but believe they are following federal law, which prohibits women soldiers from serving in units that engage in direct combat.

The Army maintains that it has not changed the overall Pentagon policy regarding women in combat, which limits women to serving on surface ships and in attack aircraft. But internal Army documents indicate the service is ignoring a 1994 regulation barring women from serving alongside units that conduct offensive operations.

The change made by the 3rd Infantry Division was prompted by a shortage of trained troops caused by the length of the Iraq war and has set off a quiet, but highly charged debate within the Army over the role of women in the military.

Opponents to putting women in ground combat fear their presence on the front lines, even in a support role, will harm the cohesion and effectiveness of fighting units.

A confidential Army brief given to commanders last summer declared that there are “insufficient male soldiers with the needed skills‚ in the inventory to fill forward support companies.” The paper, a copy of which was obtained by The Boston Globe, said that continuing to exclude women from support units that deploy jointly with combat troops would create “a long-term challenge,” contending that the pool of male recruits may be “too small to sustain the force.”

An organization called the Center for Military Readiness has been screaming the truth to a deaf media for years. This is what they revealed about the Lynch story— 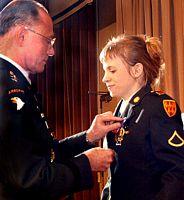 After months of secrecy and media diversion, now we know that former prisoner of war PFC Jessica Lynch was brutally raped by Iraqi thugs, shortly after she survived the horrific ambush of her 507th Maintenance Unit in Iraq. We need brave women in the military, but no one’s daughter should have to suffer an ordeal comparable to that experienced by the 19 year-old Lynch—Not in the name of women’s careers, men’s resentment, military necessity, or anything else.

…the media’s role in sensationalizing her story should not escape notice. Borrowing the credibility of the Defense Department, the Washington Post cited an unnamed “official” in the Pentagon as their source for an infamous April 3rd front-page story titled “She Was Fighting to the Death.”

Americans were captivated by the legend of a teenage woman-warrior—shot, stabbed, and taken prisoner only after she had emptied her weapon killing Iraqis. Combined with the flag bedecked photo of the smiling Private Lynch—as striking as a book cover or movie poster—the story brought to life feminist illusions of gender equality in war.

On April 20 Michael Getler, ombudsman for the Washington Post, criticized the piece because it was thinly sourced, inaccurate, and tinged with more than a whiff of feminist ideology. Two more months passed, however, before the Post published a second front-page article that retracted most elements of the previous “Jessica as John Wayne” story.

It is important to protect a rape victim’s privacy, but months of Pentagon-imposed silence—until the victim publishes a book—is not an acceptable policy for the Department of Defense.

The American people do have a right to know, however, what was done to PFC Lynch and all of the soldiers who survived or died in the ambush, including the men whose bodies were displayed on Al Jazeera TV. One can only imagine what both women and the men suffered at the hands of rape-room irregulars known for savaging women and children just for fun.

Lynch was then taken to the Hussein hospital where she was rescued. Outside that facility rescuers found shallow graves containing the bodies of American soldiers, including that of PFC Lori Piestewa, the single mother of two young children. 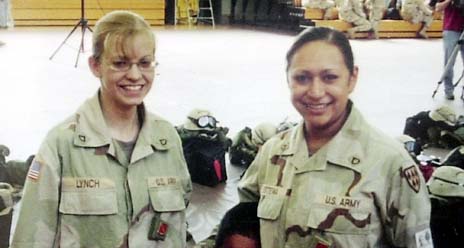 This is not the first time that the truth about a captured female soldier was withheld from the American people. During the first Persian Gulf War, then-MAJ Rhonda Cornum, a medical doctor, was subjected to sexual indecencies within hours of her capture in 1991. An ardent advocate of women in combat, Cornum kept silent about that experience for more than a year. During that time Congress was debating and repealing one of the laws exempting women from combat. Candor about her experience in captivity, which later appeared in her own 1992 book, could have changed the course of the congressional debate.

Jessica Lynch is not responsible for the media’s irresponsible hyping of expedient myths that many people knew to be false. Nevertheless, the fairytale story manipulated public opinion on the issue of women in combat, which ideological feminists keep insisting is “not a big deal.” Thanks to their self-interested demands a decade ago, Pentagon rule changes ultimately led to the capture and abuse of three unsuspecting enlisted women in the earliest days of the War in Iraq.

In 1994, Bill Clinton’s Secretary of Defense Les Aspin announced new personnel assignment regulations that were billed as expanded “career opportunities” for women. Female enlistees, including Lynch and former prisoner of war SPC Shoshana Johnson, clearly were not aware that the rules had changed. No one told them, it seems, that women would be assigned to previously all-male units, even in support missions known to involve a “substantial risk of capture.”

Women are not working out in the military and have also fallen short in police and fire departments across the country. On average, they do not handle military (“tactical”) tasks as well as men nor do they bond in the manner essential for combat operations.

These recent headlines are from the Army Times—

A victims support group said members of the military have reported 307 sexual assaults that took place while they were stationed in Iraq, Kuwait, Afghanistan or Bahrain. A statement from the Connecticut-based Miles Foundation, which first raised concerns about assaults on women serving in Iraq and Kuwait last year, said the alleged assailants included other members of the military, allies and foreigners. Most of the victims were women.

Soldier who says she was raped to appear on “60 Minutes”

MAYS LANDING, N.J. — A former New Jersey National Guard soldier at the center of a highly publicized rape case says the Army treated her like a criminal, sequestering her and berating her after she reported the incident. Jennifer Dyer, 26, of Mays Landing, accused a fellow officer of raping her after a night of drinking last August at Camp Shelby, near Hattiesburg, Miss.

Soldier to be discharged over mud-wrestling incident, grandmother says

RALEIGH, N.C. — A military police private who bared her breasts during a mud-wrestling party at an Army camp in Iraq is being kicked out of the service, her grandmother said Friday. Luci Tomlin said 19-year-old PFC Deanna Allen was being singled out since photos of the event were published earlier this month.

This is what makes the Left so dangerous: the policies they espouse aren’t just depraved on a personal level, they are suicidal on a national one. Before we win a “war on terrorism” we need to win the Culture War.

…Or we will quickly be kissing our Sole Superpower status “good-bye.”