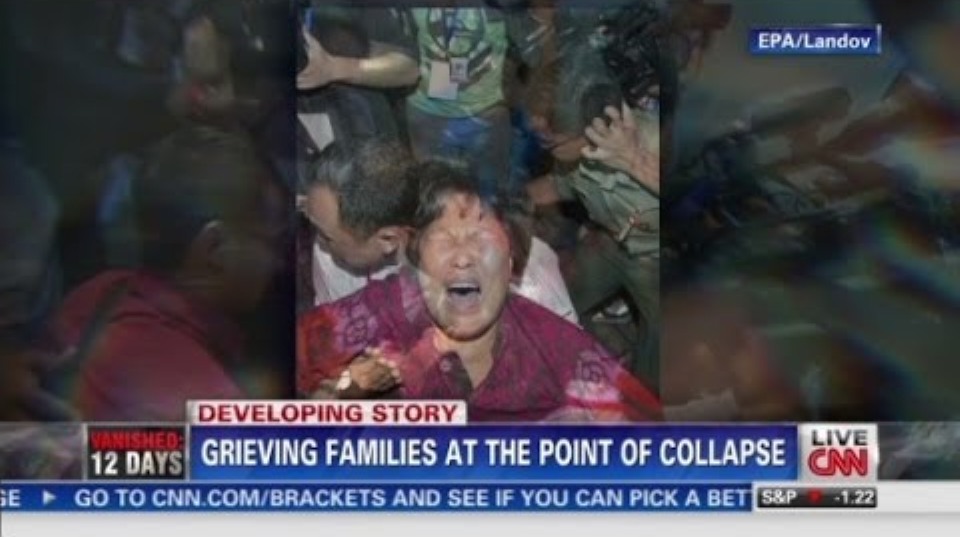 Only in the modern American political arena could the nain rouge not only exist, put prosper…

From 2002 through 2004, a group of politicians convened to look into just how the disastrous attacks of September 11th could’ve taken place. Chaired by former Republican NJ Governor Tom Kean, it had the “appearance” of being objectively staffed with 5 Democrats and 5 Republicans.

As the finger-pointing went on ad nauseum, one thing became painfully apparent: someone in the Clinton Justice Department had been the catalyst for disaster. In the archetypical fashion of the political Left, a dictate had been sent down from on high forbidding the major intelligence agencies from sharing information that may transition from intelligence into “criminal investigation.” Standard Operating Procedure for ensconced bureaucrat perennials was “plausible deniability” and it far outweighed any usefulness new intelligence had to national security. 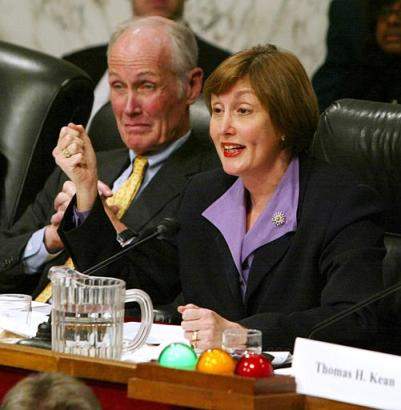 Imagine the surprise of political junkies everywhere when then Attorney General John Ashcroft made the astounding disclosure that the individual who wrote the ill-fated memo, one “Jamie Gorelick,” was there in front of him on that same 9/11 commission. What twist of fate put her on the board instead of in the witness chair?

An impossible coincidence, or a purposeful effort by insiders to distract onlookers from the culpability of Bill Clinton and his administration?

“Culpability” did not stop at the Democrat Party Headquarters, as was proven by Republican Chairman Kean’s reaction to being questioned at a press conference about Gorelick’s devastating conflict of interest, he responded “People ought to stay out of our business.”

How inconvenient. There was a show to perform and obnoxious skeptics wanted to look at the man behind the curtain.

Investigators and journalists alike (the few that dared look) weren’t buying the “odd coincidence” theory that put Gorelick on the board. In fact, some were saying that she was more than just a hapless bureaucrat, but was actually a major power player purposefully placed in a blocking position.

For starters, prying eyes looking to connect Bill Clinton to laundered Chinese re-election money in return for favors such as technology sharing that would greatly increase the performance of the Chinese military. Given Red China’s adversarial role to our national interests, such co-operation brings “the ‘T-word’” to mind. You know, the word we’re not allowed to utter around Leftists who undermine American security, who give aid and comfort to her enemies?

As Charles Smith noted in his excellent column How China Took the White House:

…Poly Corp. [wasn’t] the only COSTIND [China’s Commission of Science, Technology, and Industry for National Defense] deal with the Clinton administration. In 1993, a U.S. company, SCM Brooks Telecommunications, entered into a joint venture called “HUA MEI” with Galaxy New Technology, a Chinese company controlled by COSTIND. That joint venture resulted in the one and only time the Ron Brown controlled Commerce Department issued a “GLX” or “general license to export” encrypted video-conferencing, virtual notebook, and teleradiology applications.

If you’ve never heard of “COSTIND” before, Wikipedia has a pretty good summary:

The Commission for Science, Technology and Industry for National Defense (COSTIND) was a civilian ministry within the State Council of the People’s Republic of China, responsible for setting policy for defense procurement. It was considered as the Chinese counterpart of DARPA of the USA.

What a lucky break it was for the Clinton administration that the Commerce Secretary should have perished in a freak plane accident before he could be brought in under the already-issued subpoenaed to discuss the matter with Special Prosecutor Daniel Pearson.

But that’s why Clinton had his own Zampolit in the Justice Department. Like a Soviet “political officer” aboard a nuclear submarine, Gorelick was there to be the eyes and ears—and memo-writer—of her Party Leader.

Gorelick was Mr. Clinton’s replacement for deputy AG Webster Hubbell who had been under investigation for overbilling clients, mail fraud and tax evasion and was forced to resign.

Washington lawyer, Clinton confidant and golfing partner, Vernon Jordan, was deposed by Ken Starr for his role in obtaining $50,000 in “consulting fees” for Webster Hubbell, between the time Hubbell left the Justice Department and entered federal prison. Starr was trying to determine if those fees were “hush money.” That money came from Revlon Corporation, where Mr. Jordan sits on the board of directors. ~ William Jefferson Clinton Memorial Library.com

With such a background of crime, corruption and conflict-of-interest surrounding her, Gorelick had big shoes to fill. Yet, she would rise to the occasion with stellar levels of impropriety that continue on through today.

Whereas current hard-core Leftist Barack Obama seems willing to sacrifice a second term in order to carry out his agenda of destruction and disassembly, Clinton moderated his agenda with extreme paranoia in order to keep his power. A top priority seems to have been sweeping all incidences of terrorist aggression quietly under the rug (national security being an issue Democrats always lose and Republicans always win), even when you have to push a few bodies in there with it.

Investigative reporter Jack Cashill has been on top of this and the most egregious example has been TWA Flight 800 where 230 people tragically lost their lives due to, according to the National Transportation Safety Board, a simple mechanical fault that ignited the central fuel tank; an explanation without precedent nor subsequent examples. 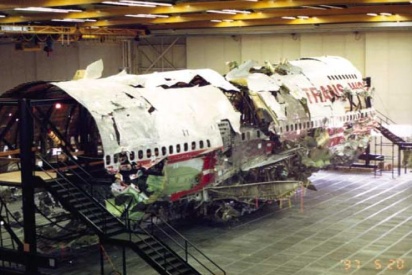 The FBI had evidence of nearly 300 witnesses who saw two separate streaks of light rise to converge with Flight 800 as well as traces of Nitramine Explosives PETN and RDX on some of the recovered wreckage. The lead man in that investigation was James Kallstrom who, after a quaint little one-on-one with Miss Gorelick, magically concurred with the NTSB’s conclusion.

Next stop for Jamie G’s Gravy Train was government mortgage lender “Fannie Mae” where she would rake in millions thanks to her not-so-extensive experience in banking, lending, management or any other related skill:

…Gorelick[‘s]…official résumé describes her as “one of the longest serving Deputy Attorneys General of the United States,” a position she held during the Clinton administration. Although Gorelick had no background in finance, she joined Fannie Mae in 1997 as vice chair and departed in 2003. For her trouble, Gorelick collected a staggering $26.4 million in total compensation, including bonuses. Federal investigators would later say that “Fannie Mae’s management directed employees to manipulate accounting and earnings to trigger maximum bonuses for senior executives from 1998 to 2003.” The New York Times would call the manipulations an “$11 billion accounting scandal.” Gorelick, it should be noted, has never been charged with any wrongdoing. ~Fannie Mae and the Vast Bipartisan Conspiracy, by Jack Shafer

It is an amazing feat, indeed, to not only escape prosecution for corruption that easily can be labeled “treason” but to get paid millions of dollars for doing it!

For those of you who don’t know, Fannie Mae was a central player in the so-called “subprime mortgage crisis” where thousands of home loans were defaulted on by owners who were found to be in way over their heads in their ability to repay their loans. Rather than “too much deregulation” by Republicans (as the media would have you think) the real issue was, in fact, too much government meddling by Democrats like Chris Dodd (D-CT) and Barney Frank (D-MA) who foistered unconscionable requirements on banks, forcing them to give home loans to low-income persons who had neither the credit history nor the obvious means to repay them []. By odd coincidence, these same persons also tended to vote very heavily for the Democrat Party. 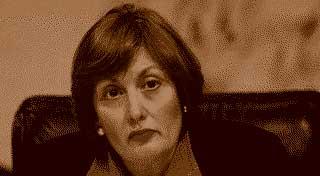 Miss Gorelick was right there to lend her peculiar talents to the mix.

Which is why the few of us who follow such things (but wonder why we subject our stomach linings to it) were not surprised to see the Mistress of Disaster surface again in the middle of the BP oil rig crisis, this time, representing BP at the feet of the Chosen One, Barack Hussein Obama. She must’ve done a great job. BP only had to give up $20 billion in a “relief fund,” one that is more properly titled a “Democrat voter-payback slush fund,” to be added to the billions already paid out by the American taxpayer under the auspices of “stimulating the economy”.

Perhaps if we could get Miss Gorelick to raise her head just before the next crisis we could pinpoint it and send emergency rescue personnel there ahead of time. 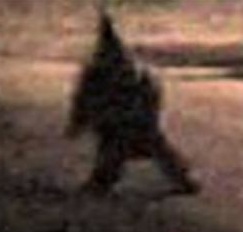 The Nain Rouge, French for “red dwarf” or “red gnome” is a mythical creature that originated in Normandy, France, as a type of “lutin”. In the United States, it haunts Detroit, Michigan, and is feared by its residents as “the harbinger of doom.” (Skinner 1896) ~ Nain Rouge, Wikipedia